From Jail to Good Jobs 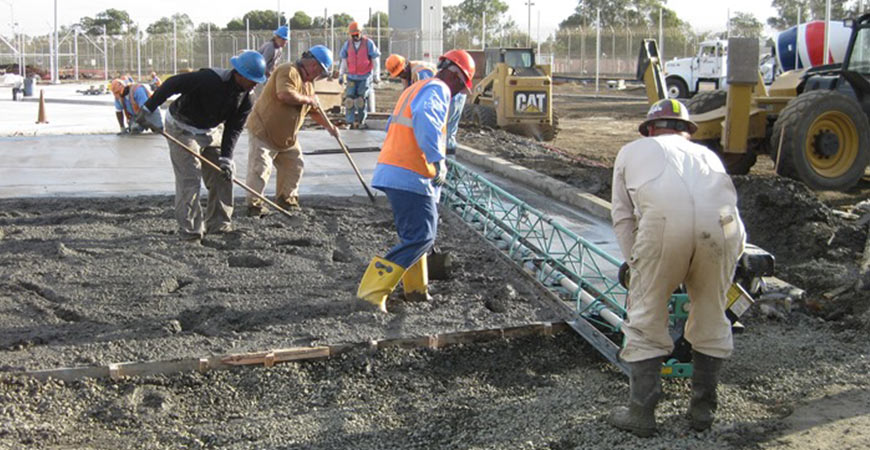 Inmates participate in the Inmate Ward Labor Program at California State Prison, Solano. There are two projects underway using the California State Building and Construction Trade Council's multi-craft core curriculum (MC3) and are part of the on the job training that is required as part of the MC3 class. - Photos Courtesy CDCR 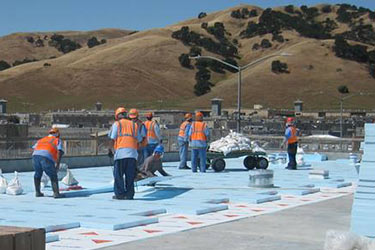 The continued hope for inmates in the California prison system is that they will one day become productive members of society. In that regard, the building trades are doing what they can to help move that narrative forward. The transition from incarceration to trades worker goes through the Inmate Ward Labor training program.

The Inmate Ward Labor training program is available to California's incarcerated and managed by the California Department of Corrections and Rehabilitation, in conjunction with the California State Building and Construction Trades Council. Currently, there are two pre-apprenticeship programs running in Northern California, both just up the road at California State Prison, Solano in Vacaville.

The construction training class is a general course that was begun back in 1983 and can range from 15 to 18 classes in length. Leading the way on the current iteration of the program is Forrest Barton, a Construction Supervisor II who oversees the pre-apprenticeship program for the department.

The CDCR works with instructors out of whichever building trades locals are in the area. North of San Francisco at San Quentin State Prison inmates get instruction and on the job training in various trades, but the pre-apprenticeship program has not made its way to that location. In the case of Solano, it's Plumbers and Steamfitters Local 343 in Vacaville. Steve Boyd has been a plumber for more than 30 years and has been an IWL instructor for the past five months.

"First is orientation and industry awareness, tools and materials," Boyd said. "Someone comes in and teaches them CPR and first aid. Safety, blueprint reading, math and finish it up with heritage. The students have been great. They are eager to learn. They show respect. They're there to learn."

Chief of Inmate Ward Labor Art Louie explained that over the years the course has gone through a refinement process.

"In 2012 we ramped back up with the program. And we had multiple projects that were a good fit," Louie said. "We want to give the inmates an opportunity to go back out in the real world and have something to do and maintain that level of being part of the public again, so they can feel productive."

The program tries to keep in touch with the various unions as a part of that process and also to keep track of how students have progressed since being paroled, as it is difficult to track them once they are released.

One of those former students is Johnny Bosquez, now an 8th period apprentice pipefitter with UA Local 246 out of Fresno. He's been with the union since 2013, but was a student before that at California State Prison, Corcoran. He started there building a psychiatric hospital with the help of union hands and noted that one of his most significant mentors was a union foreman who took to him.

"It's been a really great adventure and an opportunity," Bosquez said. "I'm giving back to my community. We've all made mistakes in the past. This opportunity has put me on my feet. I'm financially finally stable, I can provide for my children, they have health care; there was a time in my life where we didn't have things like that and I didn't know where to turn. I knew only one place to turn and that was doing wrong. Today I feel like I'm very blessed."

The classes are taught among female and youth inmates as well. And the program is a hit. Barton said there is a waiting list, and those that do get in learn just how prosperous a job in the trades can be.

"For most of these guys it's a real eye opener," Barton said. "As they're going through the class and they get a flavor for what they want to do, and they realize that they can make a living – a good living – in the trades when they get out."