Preparing for Future Growth Around the Bay 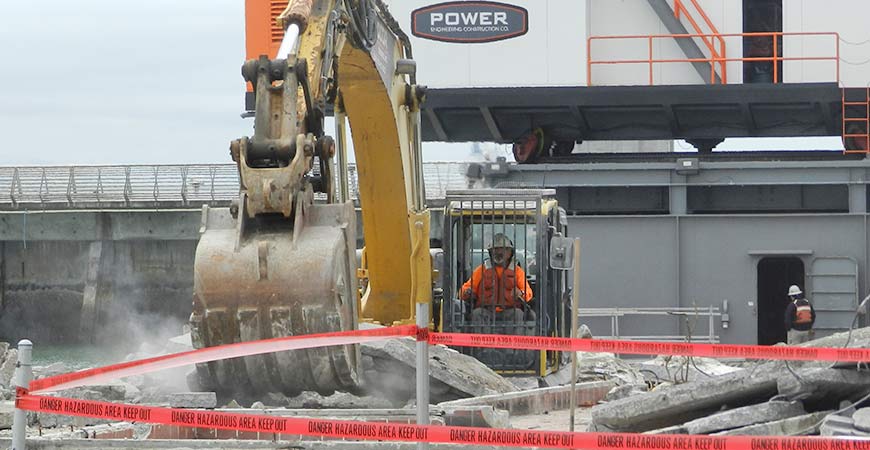 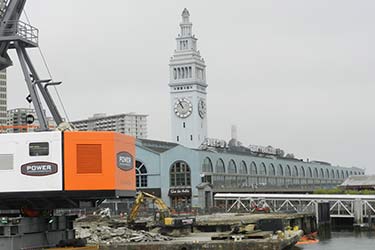 The Fery Terminal expansion is expected to be completed by the end of 2019 and cost nearly $80 million. - Photo by Paul Burton

Power Engineering is the General Contractor.

Work includes construction of two new ferry gates and vessel berthing facilities that will support new ferry services from San Francisco to Richmond and Treasure Island, as well as other potential locations. The new gates and amenities will improve waiting and queuing conditions for existing riders and expand the space available for the San Francisco Bay Area Water Emergency Transportation Authority (WETA) to stage emergency water transit services in the event of a regional transportation disruption or disaster. The Ferry Terminal will get new amenities, such as weather-protected canopies, improved public access, extension of pedestrian promenade areas, and a new plaza area south of the Ferry Building.

The Port of San Francisco and the WETA officially broke ground May 11. A press release from the agency stated it is expanding and improving facilities at the Downtown San Francisco Ferry Terminal in partnership with the Port of San Francisco "to provide critical expanded regional ferry service, alleviate current local and regional transportation overcrowding, and increase WETA's emergency response capabilities in the event of a regional transportation disruption or disaster."

WETA Executive Director Nina Rannells said, "This project is one facet of WETA's $465 million investment in assets and infrastructure – including new terminals, maintenance and operations facilities, and vessels – to expand ferry service, prepare the system for future routes, and increase our emergency response capabilities."

"As the population continues to grow in this region, we need to find new transportation alternatives that reduce congestion on our freeways and ease the burden on our bus and rail systems," said Mayor Ed Lee. "Expanding our ferry network will provide residents with increased options for traveling around the Bay Area in a safe, convenient and reliable manner."

Port of San Francisco Executive Director Elaine Forbes said the new and improved ferry landings would benefit the environment, create jobs, prepare for emergencies and help safely move people around the region. The project is one of several collaborations between the Port and the WETA that also include the Mission Bay Ferry Landing, Treasure Island ferry service, planning and training exercises for emergency response preparedness, and daily ferry operations. WETA's San Francisco Bay Ferry and Golden Gate Ferry each carry approximately 2.4 million riders per year to and from Port of San Francisco facilities.

The total project cost of $79.58 million includes $65 million in construction costs. The project is funded through $49.4 million from State Prop 1B, $23 million in Regional Bridge Tolls and Prop K funds, a $4 million grant from the Federal Transit Administration, and an additional $3 million in federal funding.

The Downtown San Francisco Ferry Terminal Expansion Project is just one component of the agency's Implementation and Operations Plan, which calls for the expansion of ferry service throughout the San Francisco Bay Area to include ferry service to Richmond, Treasure Island, Berkeley, Mission Bay, the South Bay and communities along the Carquinez Straight. A new ferry line to Richmond will begin service in 2018 and service to Treasure Island will start in 2022. The Treasure Island terminal and ferry route will be a major means of transit between the island and the city. With 8,000 new housing units planned for the island, the projected daily ridership for the Treasure Island service by 2035 is 2,475 (1,237 unique individuals).

The ferry service's current fleet of 11 boats transports 2.2 million riders annually. Demand is expected to continue to grow as the Bay Area population could grow by almost two million more people and one million more jobs by 2040.

The expanded facility is scheduled to open in December 2019.