So many projects either came online or made significant progress in 2016 that it was difficult to narrow this list down to just 10. And, as you can see with the first item, we cheated a little bit. What this speaks to is just how busy the Building Trades have been in recent years. We're now starting to see the fruition of that outstanding work, from the tallest building in San Francisco to the remains of a bridge. 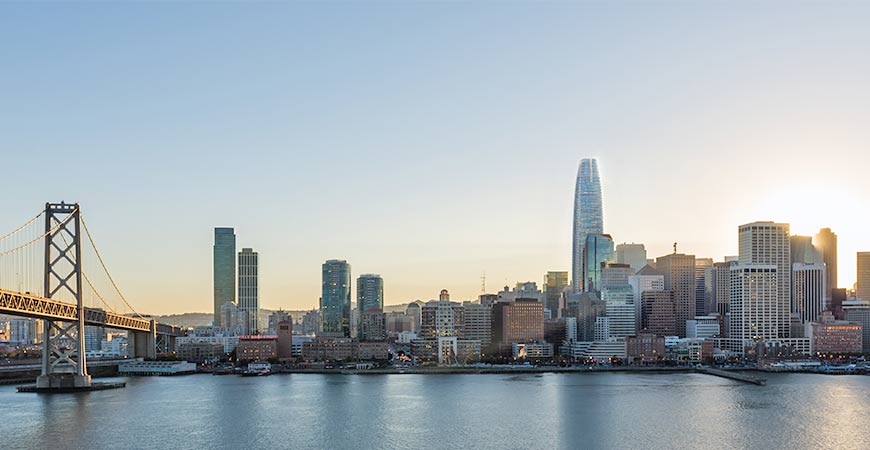 Although it is not quite finished, Salesforce Tower is already the tallest building in San Francisco (sorry Transamerica Pyramid). This tower immediately adjacent to the Transbay Terminal will top out at 1,070 feet and 61 floors. Expect Salesforce Tower to be completed in 2018.

These projects will ring familiar to regular readers of Organized Labor. Sutter Health is busy building a pair of California Pacific Medical Center campuses, one at the corner of Van Ness Ave. and Geary Blvd. in Cathedral Hill and the other in the Mission District. The two hospitals, a joint venture between general contractors Herrero and BOLDT (HerreroBOLDT), topped out steel in the past year, moved well along toward full exterior enclosure and have probably hit peak employment. The new St. Luke's building will boast 120 beds; and the 12-story, $2.1 billion, 740,000 square-foot Van Ness and Geary campus will ultimately provide 274 patient beds. Each is due to open in 2019. Additionally, a $168 million, 253,000 square-foot medical office building from general contractor Pankow across Van Ness from the hospital at Geary finished its excavation this year and began foundation work. The nine-story office building will be connected to the hospital via an underground pedestrian walkway under Van Ness. It is also scheduled to open in 2019. 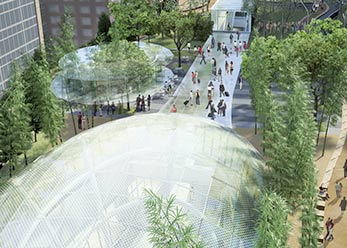 The Transbay Transit Center started to reveal its final form in 2016, as structural steel was finished and its Penrose-tiled perforated steel cladding began to wrap it. The project has probably reached peak employment, but a major second phase – the downtown extension underground of Caltrain and eventually high-speed rail – is well off in the future, when a route is finalized and funding confirmed. The terminal, which will serve 11 different transportation systems, is scheduled to open in late 2017. 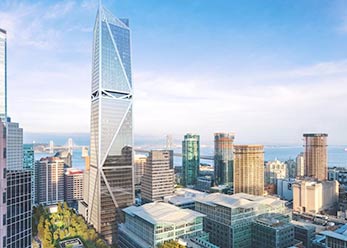 Park 181 is one of the towers rising immediately adjacent to the new Transbay Transit Center, and boy, it's something else. It's been billed as the tallest residential tower west of the Mississippi River and, according to Forbes, the most luxurious building on the West Coast. Interested in buying? These condos start in the low $3 millions. Standing at 70 stories and over 800 feet, 181 Fremont topped out at the end of October, its initial occupancy is scheduled for early-to-mid 2017. 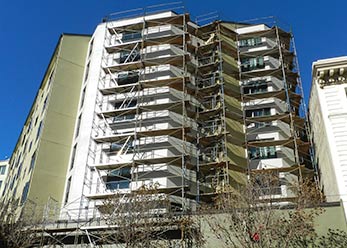 The federal Rental Assistance Demonstration (RAD) Program will provide $1.69 billion in funds to San Francisco for public housing, rehabbing or constructing more than 4,500 units. The first phase began in November of 2015 and will continue through April 2017. The second phase is expected to be concluded by the end of 2017. The work is being done under an historic PLA between the San Francisco Housing Authority the Building Trades and is part of a pioneering approach to rehabilitation of public housing. 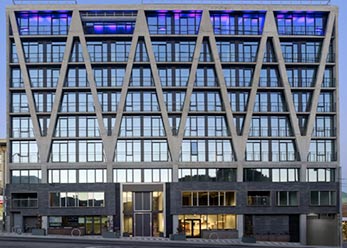 Although small, this project from Trumark at the northeast edge of the Mission District is architecturally striking. Sitting between the 101 Freeway and Franklin Square, the façade of the Rowan features a signature, crisscross zigzag design. The 70-home, seven-story, 70-square-foot condo building opened in October. 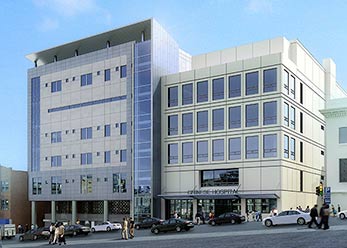 The new Chinese Hospital is not nearly as large as the major California Pacific Medical Center projects we've highlighted in this issue, but it is nonetheless an historic and vital institution serving one of the City's oldest and most important communities. The $180 million building, which enjoyed a ribbon cutting ceremony in April, connects with the old building. 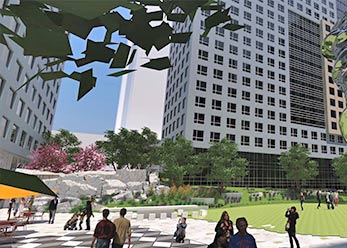 A project spanning several phases and several years' duration, Trinity Plaza will by its completion provide almost 2,000 units of housing. This year, a 90-foot-tall stainless steel sculpture was installed at the heart of the complex. Trinity Place will include 1,400 parking spots and is estimated to open in the spring of 2017. 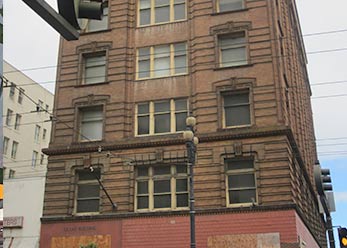 Rehabilitation began this year of one of the most historic and recognizable buildings in the now tech-heavy mid-Market area. The eight-story Grant Buiding was constructed in 1904. The empty structure will be converted into a hotel with 200 micro rooms. The "Yotel San Francisco" is expected to be completed in the fall of 2017. 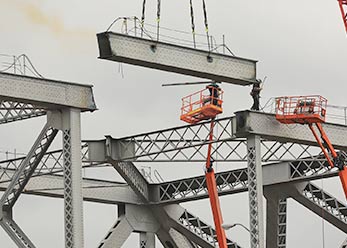 Not everything on this year-end list in about creation. The last spans of the historic Bay Bridge east of Yerba Buena Island in San Francisco County came down this year. When the entire demolition project is complete, over 58,000 tons of steel and 245,000 tons of concrete will have been removed.