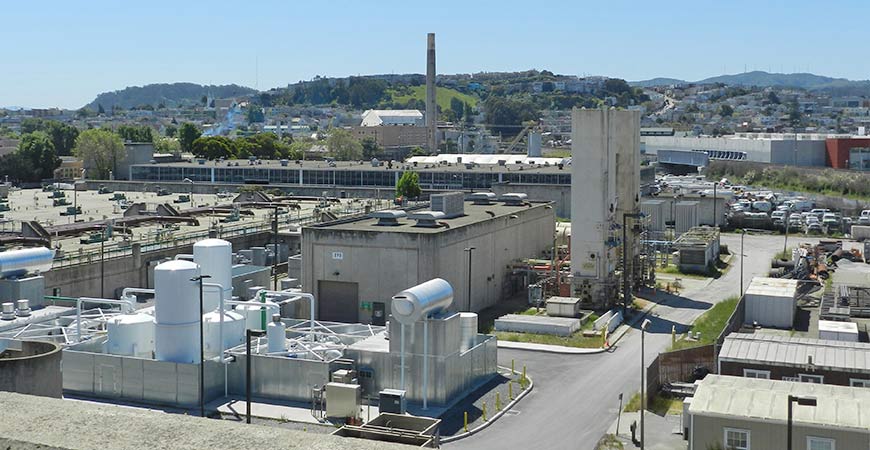 The Sewer System Improvement Project, budgeted at $6.9 billion and covered by a Project Labor Agreement, will upgrade the sewer system’s aging infrastructure. - Photo by Paul Burton

The San Francisco Public Utilities Commission (SFPUC) on May 10 approved extending the terms of the Project Labor Agreement governing work on its Water System Improvement Project (WSIP) to the work on its $6.9 billion Sewer System Improvement Project (SSIP). The SSIP will upgrade the sewer system’s aging infrastructure and ensure its reliability and performance into the future. SFPUC Workforce and Economic Program Services Director Masood Ordikhani said some key improvements in the new PLA include updating the jurisdictional dispute resolution procedures and exemptions for work covered by national agreements, updating the list of arbitrators to solve any disputes, and updating the construction trucking section to be consistent with the requirements of California prevailing wage law.

“One of the most important provisions is that we hold a pre-job conference with contractors, sub-contractors and the crafts to discuss the work and assign the appropriate work to the appropriate craft prior to the start of each project,” Ordikhani said. “Having the trades and the contractors at the table and working with the unions to allocate work puts everyone on the same page. The trades know who is doing the work and we can forego any jurisdictional claims before hand and work out a process to assign the work. That’s huge for us from the management standpoint,” as it ensures that projects are completed on time. Ordikhani noted that, “On projects with no PLA, an agency can’t do anything” to deal with a work stoppage or delay.

The PLA also reflects the current state of the local crafts and trades by including the Laborers union, who were not affiliated with the San Francisco Building and Construction Trades Council when the Hetch-Hetchy/WSIP PLA was approved in 2007. During the nine years the PLA has been in effect for the WSIP, over 9 million craft hours of work have been performed and $450 million in wages paid to 12,000 workers employed on the WSIP projects.

The SSIP PLA includes provisions mandating local hiring, and supports the hiring of workers and entry of apprentices from within the SFPUC service area (San Francisco, Alameda, San Mateo, and Stanislaus Counties). The SFPUC has also provided training in collaboration with the Carpenters Local 22, Operating Engineers Local 3 and Laborers Local 261 to train San Francisco residents in concrete form construction, heavy equipment GPS training, habitat restoration and a miner tender training. The project-specific trainings addresses the need for skilled workers for specific types of jobs on SFPUC projects while preparing pre-apprentices for careers in the construction trades

The PLA also has some exemptions for Micro Local Business Enterprises (LBE), contractors who perform work on a project or projects that total less than $5 million.

Some Sewer System Improvement Projects are underway – mostly involving site preparation. The $2.7 billion Phase I of the SSIP work has been authorized. Work will include sewer line and pump station upgrades, developing sustainable methods to manage stormwater, and modernization and seismic upgrades to waste water treatment facilities. The first three projects included in the SSIP PLA are a $10 million auxiliary water supply project that will make structural seismic improvements and replace a generator at the agency’s Pumping Station 2 starting in November 2016, a $4 million project at the Oceanside Water Pollution Control Plant, and the $180 million project to replace the headworks facility (where the flow enters the plant) at the Southeast Treatment Plant, which will begin in January 2017.

Future work at the Southeast Treatment Plant will include substantial upgrades to wastewater treatment tanks, new biosolids digester facilities, structural and seismic retrofits, new oxygen plant and influent pumps, odor control improvements, and architectural and landscape improvements. The facility near Third and Evans streets in the Bayview District treats 57 million gallons of wastewater per day and up to 250 million gallons per day during rain storms.

“The PLA for the Hetch-Hetchy projects has been a great success – putting hundreds of our members to work and improving the water delivery system for San Francisco. We are happy to have a strong partnership with the SFPUC that recognizes the importance of employing skilled workers, paying prevailing wages, and training and hiring local workers,” he said.