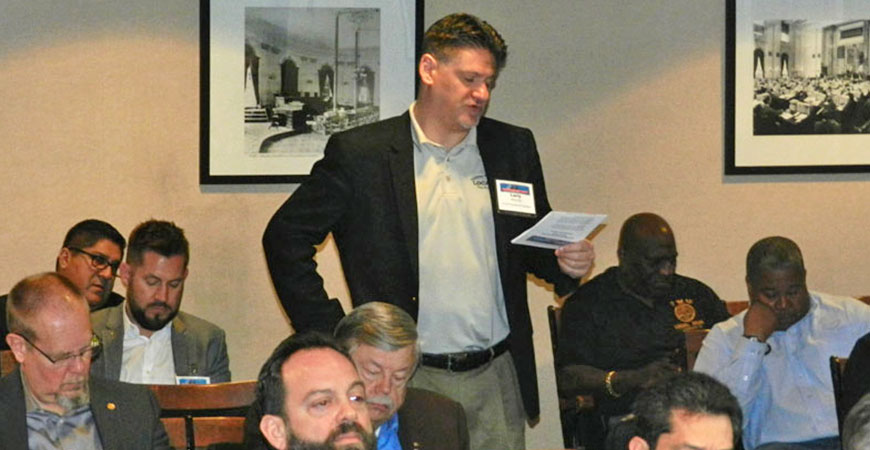 The San Francisco Building and Construction Trades Council and the San Mateo County Building Trades Council hosted a series of meetings with Bay Area legislators in Sacramento on March 15. The two organizations were joined by the San Francisco Labor Council and San Mateo County Central Labor Council. Representatives from the building trades and public and private sector unions asked State Senators Mark Leno and Jerry Hill and Assemblymembers Phil Ting, Rich Gordon, and Kevin Mullin to support labor-backed bills. Assemblymember David Chiu was unable to attend the sessions, and was represented by his Chief of Staff, Judson True. The meetings were part of the Joint Legislative Conference sponsored by the State Building and Construction Trades Council (SBCTC) and the California Labor Federation. The Bay Area legislators expressed strong support for Labor’s 2016 legislative package. Many had voted overwhelmingly in favor of labor’s bills in the 2015 legislative session, with Chiu, Hill, Leno and Mullin having earned 100 percent pro-labor voting records.

Building Trades Bills
Bills supported by the building trades this session build on some of the successes of the past few years when bills were passed to close loopholes in prevailing wage law, protect Building Trades apprenticeship programs, and expand the use of Project Labor Agreements. Bills this year would further protect workers’ rights, including those of building trades apprentices.

Protecting Apprentices from Exploitation
Laborers Local 261 Business Agent David De La Torre asked the legislators to support Assembly Bill 1926, which would close a loophole that now enables non-union construction contractors to avoid paying apprentices who are dispatched to job sites but not used. “When a union apprentice shows up to work, under our collective bargaining agreements, a union contractor is required to pay the prevailing wage for their time, even if they are not utilized that day,” De La Torre explained. “Non-union contractors are not required to do so.” AB 1962 provides apprentices dispatched to non-union contractors with their properly owed prevailing wage rate in the event a contractor does not use the apprentice for construction work. The bill also requires the apprentice to undergo testing, added safety training, or any other pre-employment requirements. The apprentice would receive payment only for the time spent on the required activity. Senator Leno said the bill was about fairness and he would support it. Assemblymember Ting said he is supportive and that, “It’s important to have an even playing field.” Rich Gordon said he is on board, and Chiu’s Chief of Staff, Judson True, said “We like closing loopholes.” Kevin Mullin said he supports the concept of the bill but wanted to look into it further and see the details. Mullin said bills often change as they move through the legislature and he doesn’t like to commit to a vote before he sees the final version.