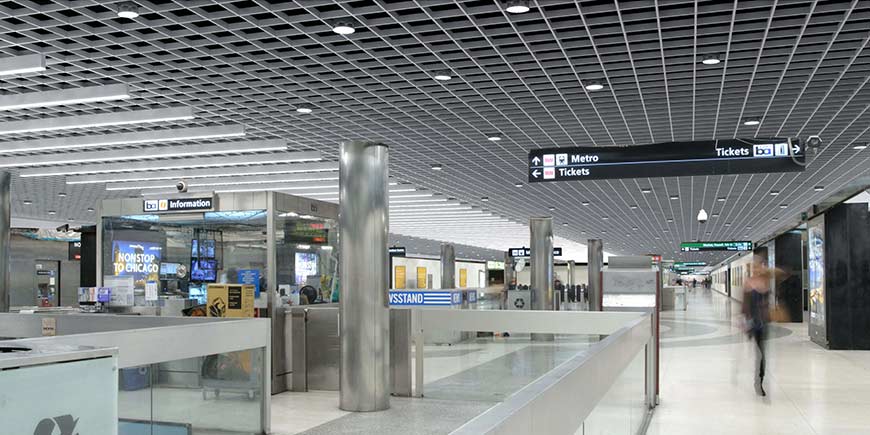 Over the next three years, BART will make upgrades to the Embarcadero, Montgomery, Powell Street (pictured) and Civic Center stations under a PLA with the San Francisco building trades. - Image Courtesy BART

Slew of PLAs will guarantee union work for years to come

The San Francisco Building and Construction Trades Council recently finalized Project Labor Agreements with developer Forest City and the Bay Area Rapid Transit District (BART). SFBCTC Executive Secretary-Treasurer Michael Theriault said that the Council is also close to reaching a PLA with Universal Paragon Corporation for the development of the former Schlage Lock site in Visitacion Valley. The projects are expected to generate several thousand construction jobs over the next decade.

“These PLAs – especially in the public sector – are an absolute guarantee that work will be performed union or under union terms,” Theriault said. “That frees us to turn our attention to increasing work for our members in other areas.”

“These PLAs – especially in the public sector – are an absolute guarantee that work will be performed union or under union terms. That frees us to turn our attention to increasing work for our members in other areas.”

The bulk of new work on the BART system will be done under the agency’s Station Modernization Program, which includes upgrades of the Powell Street and Civic Center stations. Other projects include new lighting in tunnels, new escalators in stations in San Francisco, and a retrofit of the Transbay Tube (which is going out to bid now). Most projects will be done in San Francisco and Alameda County. BART already has a PLA in place for some work in Contra Costa County (including extending the line east), Alameda County (extending the Fremont line south to a Warm Springs station) and in Santa Clara County through the Valley Transportation Authority (to extend BART from Fremont into Silicon Valley).

For the past 10 years, BART has been studying how to expand service to meet increasing demand on the 40-year old system. According the Association of Bay Area Governments, the nine-county Bay Area must find a way to accommodate another 2 million residents by 2040. BART’s Station Modernization Program will “invest resources and efforts into the existing core stations and surrounding areas. By upgrading and modernizing station functionality and improving capacity and flow, stations will become safer and more pleasant places to be,” according to the agency.

Over the next three years, BART will make upgrades to the Embarcadero, Montgomery, Powell Street and Civic Center stations. According to BART, the goals of modernization are to “upgrade the station’s function, safety, capacity, sustainability and appearance, and improve the customer and employee experience.” For Powell Street, work will include a new ceiling design and LED lighting system, as well as escalator improvements and reconfiguration of lobby and pay areas. The Embarcadero and Montgomery stations will also get improved lighting, changes in the configuration of existing platforms, new stairs next to existing escalators, and elevator upgrades. There should be a significant number of jobs generated for laborers, electricians, carpenters and operating engineers over the scope of the BART projects.

The entrances at Powell and Civic Center stations will get new canopies over the escalators and stairways to protect the transit stations from weather and improve security and escalator durability. Market Street will eventually have over 30 new protective canopies at the BART/MUNI entrances. The first phase of the station entrance projects, at the Powell and Civic Center stations, are scheduled to go out to bid this summer, with construction to begin in Fall 2016 and be completed by late 2017. Embarcadero and Montgomery station entrance improvements would start in about one year, once funding is secured.

Forest City’s 5M project at Mission and 5th Street will be built in phases over five to eight years. The privately funded, mixed-use development will have 688 units in two new residential buildings – a 200-foot 288-unit apartment building on Mission and a 470-foot condominium tower on Fifth and Natoma streets with 400 market-rate units. Last November, the developer increased the percentage of below-market-rate housing from 33 to 40 percent, including units set aside for households earning 150 percent of area median income – about $150,000 for a family of four.

The developer has a strong record of using union contractors and union building trades members on previous projects in the city. The project will generate 1,200 construction jobs for union members.

The Building Trades Council is also in negotiations for a Project Labor Agreement for the former Schlage Lock site in Visitacion Valley. The San Francisco Board of Supervisors approved the Schlage Lock project in July 2014. The 20-acre site on Bayshore just north of the San Francisco/San Mateo County line will be developed by Universal Paragon Corporation (UPC) and Visitacion Development LLC into a transit-oriented project with 1,679 middle-income apartments and condominiums, three parks and retail businesses. The development is projected to create approximately 2,800 construction jobs over the next 10 years. Theriault said the Building Trades Council is also working on a PLA for the Park Merced redevelopment.

Work on first phase projects to be built on Treasure Island under terms of a PLA signed in 2014 could start soon, Theriault said. The first pre-job meeting is scheduled for this month.