10 Projects to Shape San Francisco for Years to Come

From basketball and mass transit to entirely new neighborhoods and one of the tallest buildings on the planet, the future of San Francisco construction promises to keep busy with some of the most awesome developments this city has seen. Talk about exciting. We’ve put together a list of 10 projects that we’ll be following in 2016, and for years to come. 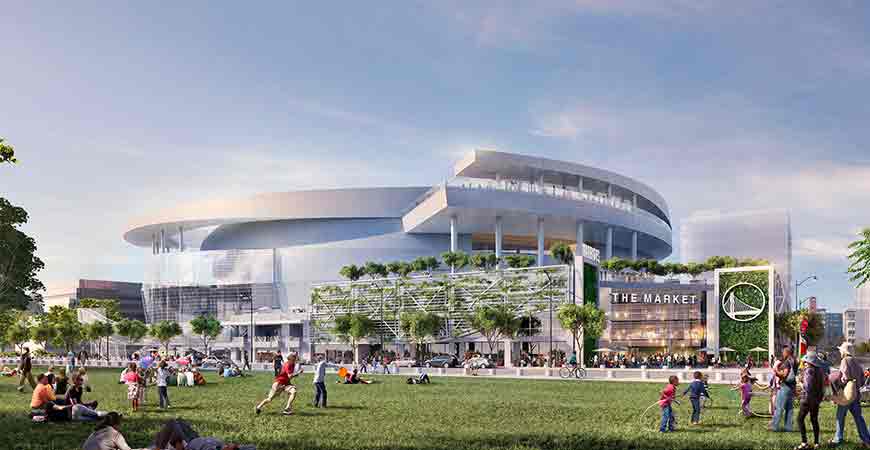 Things in the construction industry can change quicker than a Steph Curry cross-over. The proposed new arena for the Golden State Warriors was initially planned for Piers 30-32, and early renderings conveyed images of a toilet instead of first-class entertainment venue. Now the team is moving forward with its new “event center” in Mission Bay. In addition to the $1 billion, 18,000-seat arena, there will be nearly 600,000 square feet of office space, 100,000 square feet of retail and a 35,000 square-foot public plaza. At the end of 2015, the San Francisco Planning Commission approved the design and environmental study for the project. The target to open the arena is in time for the 2018-2019 season. And those new renderings? Breathtaking. 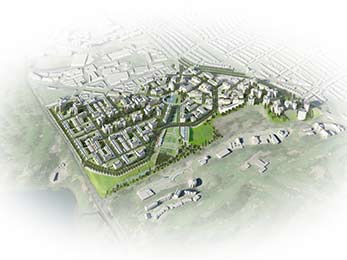 Progress have moved slowly for Parkcerced through the years, but things seem to be finally heading in the right direction. Parkmerced construction is expected to start in February of 2016 and continue for the next two or three decades, resulting in the construction of 5,679 new housing units and increasing the neighborhood’s total housing number to nearly 9,000 units on the 152-acre site. The project will also include a number of affordable housing units, office space and outdoor space, transforming this neighborhood on the southwestern edge of San Francisco. 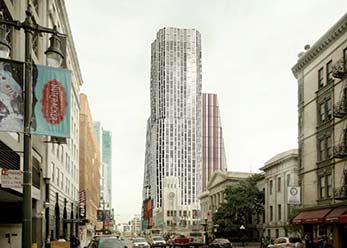 It hasn’t necessarily been all that easy for Forest City to get 5M off the ground, having faced opposition from various sectors on the basis of affordability and displacement. 5M has been in the works since 2008, with multiple trips in front of the San Francisco Planning Commission, but all the work, talk and compromise finally started to pay off in 2015 as both the Planning Commission and the Board of Supervisors approved 5M. The development includes a 200-foot 288-unit apartment building and a 470-foot condominium tower featuring 40 percent of the units below-market rate. The project will be built in phases over five to eight years. Forest City has already agreed to enter into a Project Labor Agreement with the Building Trades, and the project will generate 1,200 construction jobs for union members. 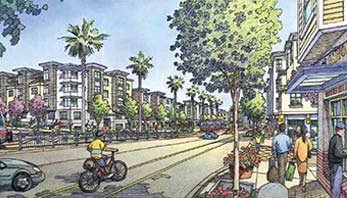 After more than 15 years of planning, the development at the former Schlage Lock factory in Visitacion Valley is looking to get under way with its massive middle-income apartment development. And Martin Building has now acquired an adjacent lot for a mixed-use project – 200 units along with ground-floor retail and a supermarket. As Martin Building’s Patrick McNerney told the San Francisco Chronicle, “Visitacion Valley could use large-scale investment and pedestrian-friendly retail.” The two developments will combine for nearly 2,000 units for the area. The factory site has undergone initial clearing and other prep and is intended to be a transit-oriented project. 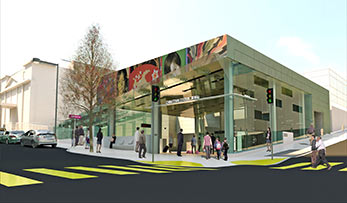 Some items on this list were featured last year as well, and may be highlighted again in future issues because of their breadth and impact. The new Central Subway stations aren’t sexy, gleaming skyscrapers, but game-changing capital improvement project that will nonetheless shape San Francisco. The new $1.6 billion Central Subway (which has recently entered Phase II) will run from 4th and King streets to Chinatown, with stops in South of Market and Union Square. The four stations – Chinatown Station, Union Square/Market Street Station, the Yerba Buena/Moscone Station and the 4th and Brannan Station – will cost $840 million to build. The Central Subway is expected to open in 2019.

For $158.8 million San Francisco will get its first Bus Rapid Transit system. Construction is set to start on the Van Ness Corridor in 2016 and run through 2018, with actual service through the system to begin in 2019. The project is meant to ease congestion on Van Ness Avenue and improve transit service overall. Upgrades and improvements include repaving Van Ness, replacing the overhead bus contact system, efficient street and sidewalk lighting, a new seismically safe sewer system, and new landscaping including 401 new trees to replace the 193 they will have to cut down to construct the new system. The project will be a proving ground for similar systems proposed elsewhere in the City.

Another staple of Organized Labor’s year-end list, and for good reason. When completed in 2017, the 1,070 foot, 61-floor Salesforce Tower will be the tallest building in San Francisco and the tallest west of the Mississippi River. Talk about your automatic iconic structures. The estimated cost of this project is $1.1 billion. So what’s new? Try this on for size: In November, crews engineered one of the biggest concrete pours in the city’s history. We’re talking 1,300 truckloads delivering 12,000 cubic yards of concrete for an 18-hour pour resulting in a 14-foot thick foundation.

Just how busy is Lennar Corporation? In addition to the Candlestick Point and Hunters Point Naval Shipyard redevelopment, it is also the force behind the Treasure Island Development. Over the course of the next two decades, $1.5 billion in construction work will generate 2,000 new jobs annually on the project that will essentially create an entirely new neighborhood on the former naval base. The development will result in the construction of 8,000 homes, which is exciting enough in this housing-starved city. But maybe even more important is that 2,000 of these homes will be below market rate. Add in 500,000 square feet of commercial, office and retail space, hundreds of hotel rooms, 300 acres of open space and a ferry terminal, and you have the makings of one of the biggest developments this city has ever seen. 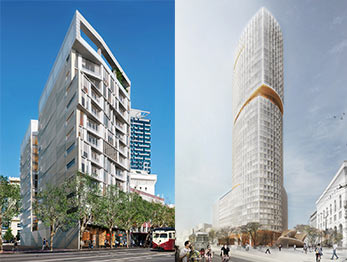 Some projects on this list feature entirely new neighborhoods being created out of whole cloth (see: Treasure Island). Others, like what is taking place at the intersection of Market & Van Ness, are redefining a neighborhood. The various buildings in the works for this intersection are not the result of some concentrated single-entity effort, but instead the coming together of different plans crossing paths through the same points in location and time. Where once stood car dealerships and donut shops will eventually boast residential high rises with hundreds of units. Many of these projects have a ways to go, so stay tuned.

When it comes to providing affordable housing for all, sometimes it takes some thinking outside of the box. An innovative approach is the federal Rental Assistance Demonstration, or RAD, program. Unveiled in 2012, RAD will provide $1.69 billion in federal funds for San Francisco’s public housing program. The program is expected to rehabilitate nearly 3,500 public housing units in the next few years, in addition to the construction of 1,000 new units. For the trades, this means even more work coming down the pike. A project labor agreement negotiated by the Building Trades for the work is already being taken as a national model.