The Makings of a Bright Future 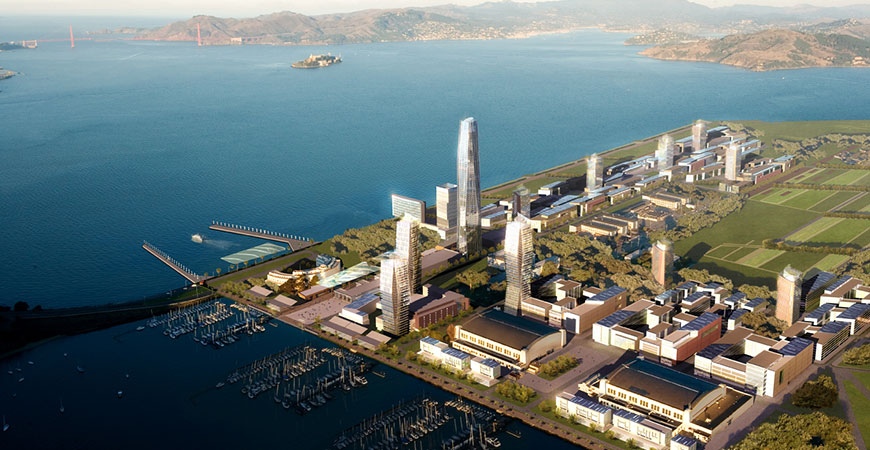 The City of San Francisco has changed quite a bit with all of the new construction taking place now that the economy is once again chugging along. But it feels as if some of the best is on the horizon. We’ve put together a list of 10 projects that we will be following closely in 2015, and for years to come. 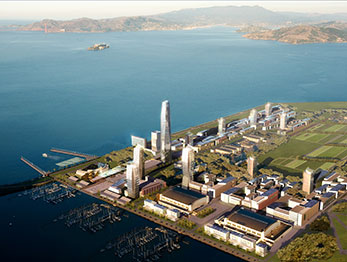 With a project labor agreement put in place earlier this year and the state Supreme Court rejecting a challenge to the environmental review of the project, the huge Treasure Island development appears to be on its way to construction. Over the course of the next two decades, $1.5 billion in construction work will generate 2,000 new jobs annually on the project that will essentially create an entirely new neighborhood on the former naval base. The island will be replete with parks, thousands of residential units, retail space and three hotels. - Image courtesy of Treasure Island Development Project 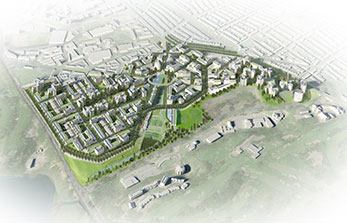 There are billion dollar projects, and then there are multibillion dollar projects. Parkmerced falls in the latter category. The numbers are just mind-blowing for this massive facelift of the Parkmerced neighborhood: The 150-acre project between San Francisco State and Lake Merced includes the redevelopment of 3,200 housing units, the addition of 5,000 units, and 310,000 square feet of office space. Parkmerced is expected to take 20 years to complete, so look for this project to show up on Organized Labor’s best-of lists for years to come. - Image courtesy of Maximus Partners 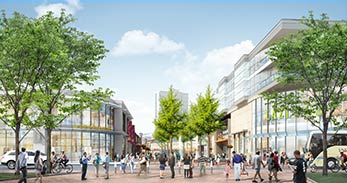 After hosting its final concert in August, featuring Beatle legend Paul McCartney, Candlestick Park will be demolished in early 2015 to make way for a mall and housing development. A 500,000-square-ft shopping center featuring movie theaters, restaurants and more will take the place of the old stadium with a 6,000-home project planned for the area as well. Lennar has set their sights on late 2017 for the completion of the mall, as well as a hotel and the first 600 housing units. A total of 12,000 new homes are planned for the surrounding area, and another Lennar development, the San Francisco Shipyard, will take shape over the coming years as well. - Image courtesy of Lennar Urban 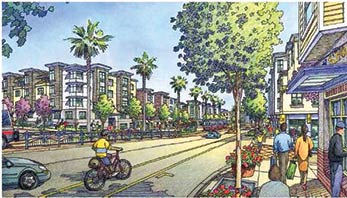 Approval of the Schlage Lock Project in July means the Visitacion Valley community will get a new 20-acre upgrade that includes 1,679 apartments and condominiums, three parks and 100,000 square feet of retail development. The project will encompass the old Schlage Lock factory and Southern Pacific Railroad Company sites. One of the main needs for the community was a new grocery store, which they will get along with 15 percent of the condos and rentals at below-market rate. Construction jobs created over the next 10 years for this project total 2,800. - Image courtesy of SF Planning Department 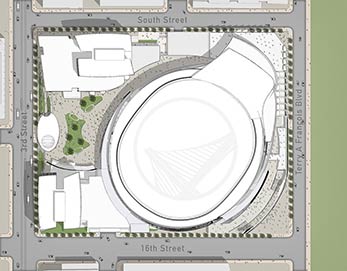 After scrapping a plan to build a new arena at Piers 30-32, the Golden State Warriors have decided to make their home in the Mission Bay neighborhood. The team is targeting the 2018-19 season for the opening. And while no groundbreaking date has at this point been set, the building and construction trades are very much looking forward to this project, its project labor agreement and the 2,000 jobs it will create in the coming years. Along with the arena, the plan calls for two 120-foot towers for office space, plazas and retail space. - Image courtesy of Golden State Warriors 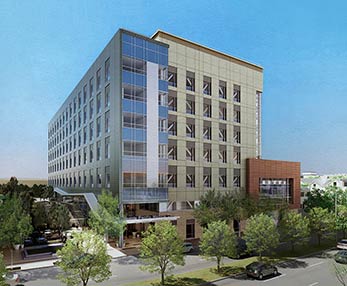 Mayor Ed Lee and other City and hospital officials broke ground on the new St. Luke’s campus of the CPMC in September in the Mission District. The new building, which is rising adjacent to the old building on San Jose Avenue, will include a greater-than-currently-needed 120 beds and steady itself with buckling-resistant braced frames in case of a major earthquake. Both the St. Luke’s location as well as the Van Ness Avenue and Geary Boulevard location, which is also under construction, are set to open in 2019. - Image courtesy of HerreroBoldt 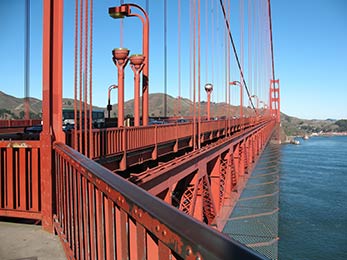 With over 1,600 suicide attempts over the lifetime of what is arguably San Francisco’s most iconic structure, the need for a net under the Golden Gate Bridge has been championed by many over the years. The Golden Gate Bridge Board of Directors approved the construction of such a net in June, at a cost of $76 million. The net will not be a soft one, made of marine-grade stainless steel wire rope. With a contract to be awarded in 2015, the net itself will take at least three years to construct. - Image courtesy of Golden Gate Bridge, Highway and Transportation District 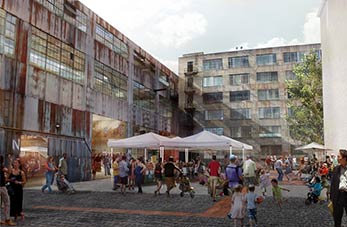 After the battle of Proposition B left developers with a new requirement to go through voters on waterfront height restrictions, the folks at Forest City wasted no time with their request to go higher in November’s Proposition F. It passed and life goes on for Pier 70. Plans include a major park, affordable housing, retail and the rehabilitation of certain existing buildings. Forest City has been working closely with the Dogpatch neighborhood residents for input on the $242 million project that is expected to bring 10,000 construction jobs with it. - Image courtesy of Forest City Development 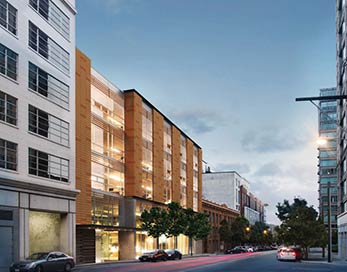 With construction starting in December, the new Class A office building at 270 Brannan St. will eventually top seven stories. All 189,000 square feet of office space has been leased to the software company Splunk. The union construction crew will also create a 5,000-square-foot courtyard with a glass canopy at the center of the building. Located in the SOMA district, the project is aiming for LEED Platinum certification, will feature panoramic views of the city from the upper floors and include 48 enclosed bicycle stalls. - Image courtesy of SKS Investments 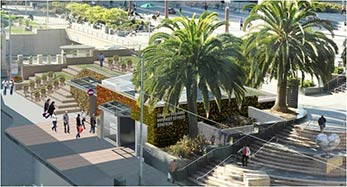 Gleaming skyscrapers tend to get all of the attention, but that’s about to change with the construction of four stations of the new Central Subway, an extension of the light rail Muni Metro. The Central Subway is currently under construction and will run from 4th and King streets to Chinatown, with stops in South of Market and Union Square. The four stations – currently known as the Chinatown Station, Union Square/Market Street Station, the Yerba Buena/Moscone Station and the 4th and Brannan Station – will cost $840 million to build, including the construction of a concourse, some surface tracks and additional control systems. The Central Subway is expected to open in 2019. - Image courtesy of San Francisco Municipal Transportation Agency