SF Supervisor Malia Cohen Makes Her Case for Another Term 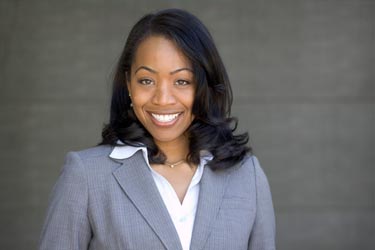 Malia Cohen was elected to the San Francisco Board of Supervisors in 2010 with the support of the building trades unions. She has worked to keep District 10 neighborhoods affordable, safe, and has improved neighborhood services and supported major projects that deliver jobs and benefit the community. There are five candidates running in District 10, which includes the Bayview/Hunters Point, Dogpatch, Potrero Hill, and Visitacion Valley neighborhoods. Cohen spoke with Organized Labor earlier this month about her accomplishments and goals.

When the San Francisco Building and Construction Trades Council endorsed you in 2010, you said that with the projects in the works like Hunters Point, “District 10 is the future of San Francisco. Our next Supervisor must be a consensus builder and advocate for all.” You said you wanted to bring your experience in coalition building and unifying disparate groups to City Hall to improve the District 10 community. Do you feel you have been successful?
I’m happy I’ve been able to be in a position the last four years to deliver these projects to get people back to working. Right now San Francisco has a low unemployment rate and in District 10 we are also experiencing unprecedented low levels of unemployment. When I look to the future over the next four years, I hope to continue to move in this direction and approve good projects and move them forward, and keep working people working.

Why is the endorsement from the Building Trades important to you, and why should union members vote for you?
The endorsement by the Building Trades was instrumental in helping me get elected four years ago because it really helped us to mobilize and take our message to voters. What’s most significant about the Building Trades is that the folks who live in San Francisco and work in the construction trades are the ones who are living in District 10. So it means something to vote on a project that will have a direct relationship and a positive effect on my constituents.

In the recent past, some district residents have protested developments they felt didn’t include more local workers. Now that the projects are underway and there seems to be more unity and broad support for the projects, do you think that the developments are a benefit to local workers in your district?
I have been a bridge builder and tried to build a solid bridge to bring people together. With these projects that we’re approving, there’s enough work for many people – for years – and it’s an opportunity to inspire people to get into the trades. So I see it as a teachable moment, where we are inspiring people who live in the community to look around and see the development and get inspired to go into a trade. Not everyone is going to go to college, but everyone will be required to work, and you can work in the construction industry and earn an honest living.

Among the many accomplishments listed on your campaign website are many projects you supported that have created or will create jobs – the Schlage Lock site, The Shipyard, and Hunters View. What are some of the projects you will work on in a second term, and what other plans do you have for improving the district?
What’s critical and what I’m really proud of is that we were able to negotiate project labor agreements for these projects that ensure that people are earning a living wage. That’s what it’s all about – if union workers aren’t working on these jobs, then what good is it? The other thing I am working on is increasing the minimum wage.

Having the support from labor unions – it’s family; in my family I have carpenters, I have painters and sheet metal workers. So the decisions that I’m making – I’m not just making on a macro level. I make decisions that have an impact on working peoples’ lives and I feel that personal impact. When the economy was dried up and people weren’t working, it was very real and very concerning; I could connect with that pain. We’ve finally gotten through it and we’ve got a lot of work happening; that’s awesome and that’s exactly what I want to continue to see. I want to continue to build on this momentum and continue to move forward. It doesn’t mean I’m going to approve every single project that comes my way, but certainly the ones that make sense, the ones that are thoughtful. The ones that are gonna take care of my brothers and sisters in labor – those are the projects that I’m focused on.

I sit down and meet monthly with representatives from the Labor Council as well as the Building and Construction Trades Council and I will continue that policy moving forward to stay abreast of the labor issues and challenges.