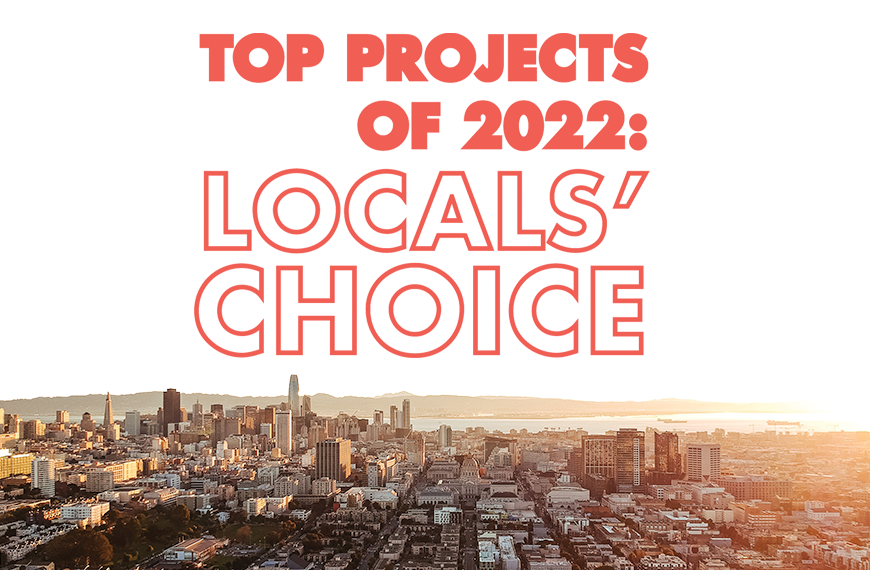 To cap off 2022, Organized Labor spoke with a number of trades leaders and business agents from among the various SF Building Trades-affiliated locals about what they thought were the top projects of the year.

We got back some insightful answers that took into account a variety of work our respondents felt was particularly beneficial and meaningful not just to their membership, but to the greater Bay Area region in general.

That mega-development from the San Francisco Giants has certainly kept the trades busy and will continue to do so in the coming years. But as it is with the bay itself, there’s a lot more going on than immediately meets the eye.

Local 6 Business Manager John Doherty offered a number of highlights from 2022. He was quick to cite the mega-project Mission Rock, a 28-acre development from the San Francisco Giants that got underway with work on Parcel A and includes a 24-story apartment complex.

Doherty also heralded a number of infrastructure projects. “It’s good to see the sewer plant starting in earnest,” he said, referring to the Southeast Treatment Plant.

Looking ahead to 2023, he anticipated the Potrero Power Plant project and the new hospital at UCSF Parnassus Heights would be keeping his members busy in the new year.

When considering top projects for 2022, Local 22 Financial Secretary Pat Mulligan didn’t have to look too far afield. Two projects in close proximity to his union hall — the Southeast Treatment Plant and Pier 70 — were at the top of his list.

The San Francisco Public Utilities Commission has invested more than $2 billion to modernize the Southeast Treatment Plant, a sewer system facility that was constructed in 1952 and has notoriously plagued the surrounding Bayview community with odors. The general contractors are Sundt and Walsh Construction. Pier 70 is a mega-redevelopment with housing, office space, retail, and more.

Mulligan pointed out the value of public works projects and long-term investments in a slowing economy.

“What’s nice for me are projects that have started that have a ways to go,” he said.

Window installation on a recent project

Local 718 is another trade that has enjoyed the fruits of the 28-acre Mission Rock mega-project.

“That PLA has been huge this year,” said Local 718 Business Representative Nick King, estimating there are no less than seven glass contractors currently on-site, along with other companies for whom his members have been in high demand. “It’s been great for us,” he said.

King also noted new construction from UC Hastings in the Tenderloin as a top source for work in 2022.

The laborers of Local 261 have a unique advantage when it comes to jobs: Members tend to be on-site from beginning to end.

“Every project, we were there,” said Javier Flores, the local’s vice-president. Laborers typically prep a worksite, dig holes, and do demolition, and, when the project concludes, they handle the cleanup. “We are there at the beginning, then during the project, and at the end.”

For Flores, the massive ongoing projects are the ones that have kept his members the busiest and will continue to do so in the coming year: Mission Rock, Treasure Island, and UCSF Parnassus.

Geographically speaking, Local 300 covers larger swaths of California than most other SF Building Trades affiliates, with a jurisdiction stretching to the Oregon border.

Business Agent Chris Knerr is most impressed with the five-year Project Labor Agreement with the City of Santa Rosa.

“This was years in the making,” he said. “It’s a real victory for the local workforce up here.”

To say that the new Plumbers Local 38 Union Hall is no more than a new home for Local 38 would be to miss the mark entirely. This is a multiple-block development on Market Street from general contractor Suffolk. In addition to the 30,000 square-foot hall, the work includes Local 38’s headquarters, 600 units of housing, 17,000 square feet of retail, and a 33,000-square-foot park.

No wonder this was a favorite project of Local 40 Business Manager Jose Padilla, who praised the development for being “an all-union project, well-organized and on-schedule.”

Remember California High-Speed Rail? The folks of Local 34 certainly do, as they’ve been keeping quite busy on the project’s second phase in Fresno.

According to Senior Field Representative Martin Espinoza Jr., the local had as many as 100 members working on high-speed rail at its peak this year and still boasted more than 40 members on the job as of this month. Dragados USA and Flatiron West are the general contractors.

“It’s one of the mega-projects,” Espinoza said. “We’re excited about high-speed rail.”

Local 34 also played a big role in 2022 with the new seawall in Foster City.

However, thanks to their particular expertise, it’s the day-to-day work from which Torres and his fellow sprinkler fitters have been reaping the greatest benefits recently. That’s because San Francisco requires even stricter testing and maintenance of fire sprinkler systems than the State of California. Local 483 has the members who have the state certifications for inspection, testing, and maintenance of these systems, so who better to maintain them than these union-trained experts?

“We install the systems,” Torres said. “We know how they work.”

Pressed for time, Local 12 Business Manager Anthony Nuanes considered some of his favorite projects his local participated in this year: area volunteer opportunities.

These include September’s annual beach-scrubbing event, the Coastal Cleanup, in Pacifica; the IUPAT Day of Action at Linda Mar Beach, also in Pacifica, where more than 40 participants removed in excess of 1,100 pounds of trash earlier this year; and helping with floor covering at local churches.

“These are the projects that stand out to me,” Nuanes said.

When it comes to the definition of “project,” the folks at Local 510 have something else in mind: mega-trade shows. And there are few of those bigger than Salesforce’s annual convention, Dreamforce, which was held September 20 through 22 at the Moscone Center and produced by Freeman.

Local 510 Business Representative Morgan Worth characterized the event as momentous, saying, “Before the pandemic, Dreamforce was one of the biggest events held within the City. It was certainly one of the largest annual events for our local. It was canceled in 2020 and returned in 2021 on a reduced scale. Dreamforce 2022 returned in full force.”

Worth said Dreamforce 2022 helped reestablish San Francisco as a prime convention destination — and more. “Beyond the symbolism of the event for the City, much of our membership had the opportunity to work long hours, earn a much-needed paycheck, and regain medical coverage,” he said. “Our members also seized the day, stepping up and filling in where others were unable to do so. It showcased our members’ diversity in skill, especially with regard to graphics and rigging.”

Local 3 represents a number of craftworkers, from bricklayers and tile setters to terrazzo mechanics and pointer-cleaner-caulkers, and many more, including marble masons and finishers.

In 2022, members in that last group got a chance to apply their rarified craft at 101 California, a high-end stone project in San Francisco that put Local 3’s marble masons and finishers on the job for Cleveland Marble and Mosaic. Work began in October and is scheduled to be completed in early 2023. Turner Construction is the general contractor.

The 101 California project includes setting stone in the interior lobby on the walls and floors as well as on exterior planters and pavers; vertically installing red granite using mechanical anchors; and installing some of the stone using the spot-and-anchor method, which employs copper wire and plaster to secure the material in place. All of these jobs require the utmost in expertise, which Local 3’s crew was proud to deliver.