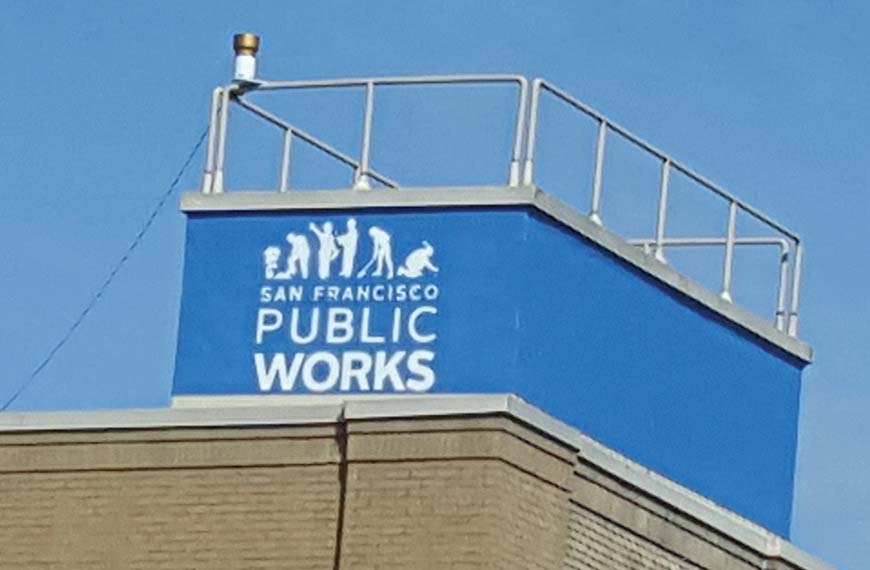 A culture of corruption, cronyism, and retaliation at the San Francisco Department of Public Works has led to at least one prison sentence and rock-bottom morale for hundreds of workers.

To make matters worse, one of the tools devised to address the grifting and graft and help clean up the City’s streets is now on the chopping block before it’s even been given a chance.

In August, the disgraced former head of the SF Department of Public Works (DPW), Mohammed Nuru, was hit with a seven-year prison sentence after pleading guilty to federal fraud charges. Nuru, who had been in charge of street sweeping and other operations for the department since as early as 2000, served as DPW’s director from 2011 until his arrest in January 2020. In his plea deal, the man many called “Mr. Clean” admitted to handing out lucrative contracts to friends and cronies in exchange for bribes, among other transgressions.

Whistleblowers tipped off the U.S. Department of Justice to Nuru’s corruption, and members of Laborers Local 261, which represents more than 360 DPW workers, have been vocally critical of goings-on in the department.

Many in Local 261 believe they have been retaliated against for speaking out.

One example: Theresa Foglio, Local 261’s public-sector business agent, cites DPW’s refusal to provide bathrooms for workers while out in the field. Before the Covid pandemic, workers would frequently take breaks at local businesses. When these establishments closed in 2020, some permanently, DPW workers were left with nowhere to relieve themselves.

Despite numerous requests, DPW management refused to provide the necessary facilities. Foglio relayed the story of a member who was sternly reprimanded by DPW management for taking a bathroom break in a popular big-box retailer adjacent to — but technically outside of — his designated work zone.

Laborers 261 isn’t the only union affected by the culture at DPW, which also employs dozens of operating engineers, teamsters, cement masons, sheet metal workers, glaziers, roofers, carpenters, electricians, and others.

IBEW Local 6 Business Manager John Doherty shared stories of open positions in the department being filled by “special friends” of Nuru, rather than Doherty’s members. Most egregious were cases of unqualified candidates filling supervisorial positions in violation of Local 6’s contract.

“We’d like to see a return to the traditional chain of command, where there was an understanding that the people you were reporting to had an idea of what they were asking you to do on a daily basis,” Doherty said, adding that he knows of Local 6 members who transferred from DPW to get away from the poor morale and lack of opportunity.

In 2020, in response to the corruption charges and the rapidly degenerating condition of San Francisco’s streets, voters passed Proposition B. The ballot measure, which was supported by the San Francisco Building and Construction Trades Council, splits DPW in two, creating a new Department of Sanitation and Streets, and institutes greater oversight over both departments.

The new Sanitation and Streets department is expected to launch on October 1, but in a political maneuver that could happen only in San Francisco, the Board of Supervisors voted to place a measure on this year’s ballot that would roll back much of 2020’s Prop B, therefore jeopardizing the newly formed department.

The SF Building Trades are strenuously against these shenanigans, and they aren’t alone. Assemblyman Matt Haney, who, as an SF supervisor in 2020, spearheaded the original Prop B effort, called this year’s ballot measure “completely ridiculous and dysfunctional.”

Speaking of DPW, Haney said, “The corruption within this department costs our city tens of millions of dollars and leads to filthy streets and sidewalks. This is impacting everyone’s quality of life, and 2022 Prop B keeps the status quo.”

It’s a “blatantly disrespectful move” to overturn the will of the voters, he said.

Honey Mahogany, who once worked as an aide for Haney and is running to fill his former supervisorial seat in District 6, was part of the team that got Prop B passed in 2020 and opposes the current effort.

“I don’t think that this is actually taking into consideration what would be best for our city and getting our streets cleaned,” Mahogany said.

Foglio, for one, said she hasn’t witnessed much change at the DPW since Nuru’s arrest, seeing an institutionalized culture and no effort of training managers who are already in place. She also opposes the new Prop B and wants the original 2020 Prop B reform seen to fruition; it would move the entire DPW laborers workforce under the new department.

Until that happens, she expects the status quo to remain in place.

“Of course, when the director of a department is indicted and subsequently convicted, it affects the whole staff,” Foglio said. “The workers internalized it.”