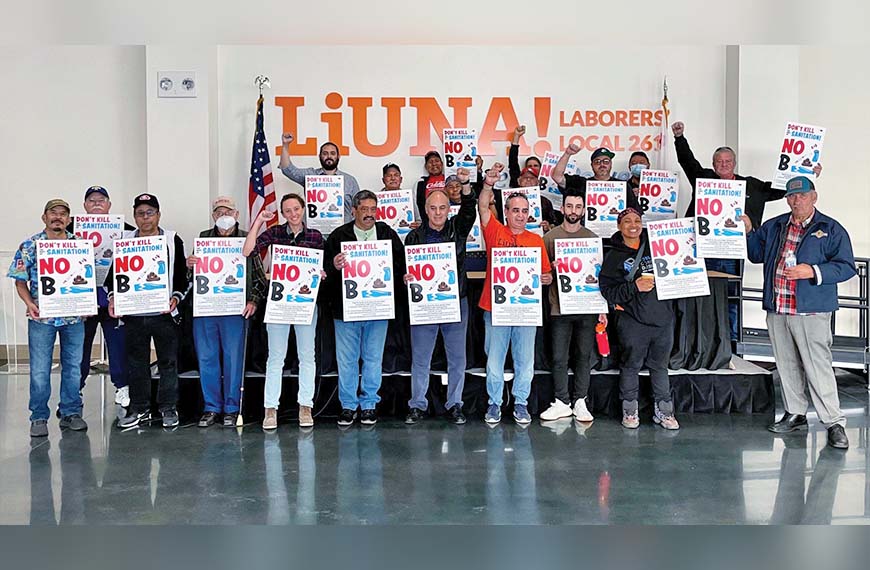 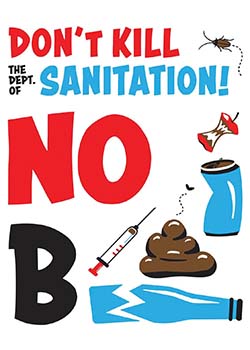 No on B’s campaign poster depicts the reality of thoroughfare maintenance in SF.

In November 2020, San Francisco voters passed Proposition B. Prop B 2020, we’ll call it, amended the city charter to create two oversight boards: the Public Works Commission, to monitor the SF Department of Public Works, and the Sanitation and Streets Commission, to monitor a new and independent Sanitation and Streets department set to launch in 2022. The rationale behind the measure was twofold: The investigation of former department head Mohammed Nuru for corruption made it abundantly clear more oversight was needed. Furthermore, with the condition of the City’s streets a national embarrassment, a standalone department would be better equipped to address the needs of the citizenry.

In its pre-election endorsement of a yes vote on Prop B 2020, the San Francisco Bay Guardian offered this sarcastic remark (which would wind up being oddly prophetic): “If you liked the way Mohammed Nuru ran the Department of Public Works and you are happy with the condition of the City’s streets, then you should vote no.”

It seemed most voters in November 2020 were fond of neither Nuru’s management style nor the potholed roads.

With wide support from elected officials and community organizations, including the San Francisco Building and Construction Trades Council, Prop B 2020 passed with more than 61% of the vote. The new Sanitation and Streets Department is set to start operations on October 1 of this year.

But before the department could open and put Prop B 2020 into effect officially, a new ballot measure squeaked out of the woodwork. This proposition, sponsored by Supervisor Aaron Peskin, would roll back much of Prop B 2020’s stipulations.

Peskin’s new ballot measure that would undo the old before it’s rightfully implemented? Well, it’s also called Prop B. (For the purposes of this article, we’ll just refer to it as Zombie Prop B.)

“It would be hilarious if it wasn’t something that would have really terrible impacts on the city,” said California Assemblymember Matt Haney, who, as District 6 supervisor, lead the charge on Prop B 2020. “The voters overwhelmingly passed something two years ago, and the city should implement it — period. The fact that they would go back just two years later and try to overturn the thing when none of the problems that it set out to fix have been solved is sad and wrong.”

The SF Building Trades stands in fierce opposition to Zombie Prop B and has collaborated with affected workers to help coordinate a No on B campaign.

“The original Prop B in 2020 was in direct response to the corruption issues,” said SF Building Trades Secretary-Treasurer Rudy Gonzalez. “Now, there’s a cynical attempt to undo it before it ever gets started.”

Of the attempt to overturn Prop B 2020, IBEW Local 6 Business Manager John Doherty said, “We went out and campaigned and fought for this. We’d like to see how it works. Clearly, they have an oversight problem if the director of your Department of Public Works is being sentenced to seven years in prison. I think the general public would like to know there’s somebody watching the store and that there’s a plan to restore the public faith in that institution.”

Reasons cited by those who support Zombie Prop B include implementation costs and redundancy. Peskin did not respond to a request for comment by press time.

Honey Mahogany, who was an aide to Haney and is running for his old District 6 seat, isn’t having it.

“As someone who actively worked on the original Prop B, we really took a comprehensive look at what was going wrong and what we could do better, and we came up with something that had accountability,” she said.

Haney sees Zombie Prop B as reflecting a “huge disconnect between the politicians at City Hall and the people of San Francisco.”

Mahogany took it one step further.

“I think that this is part of the dysfunction of San Francisco,” she said. “We get the voters to pass one thing, and then we’re trying to undo it immediately. We are constantly at a standstill, and people are upset because we’re not making progress.”