Fight Is On for Skilled-and-Trained Requirements, Energy-Sector Jobs, and Workforce Housing 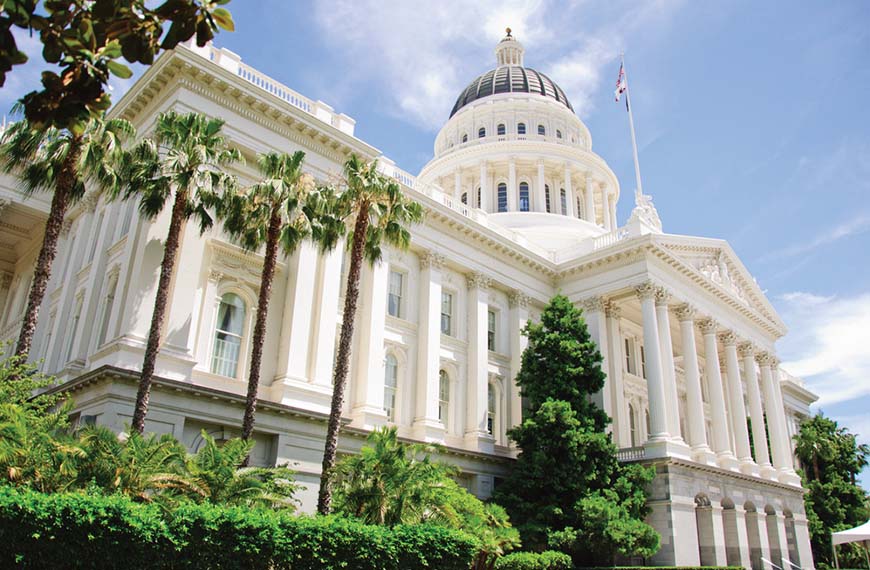 Following a year when housing issues took center stage in California’s legislative quarrels, politically active building trades members can expect to have an even busier 2022 as new housing bills emerge alongside proposals that deal with energy and employment training.

The State Building and Construction Trades Council of California (BCTCC) is pushing for the passage of several bills dealing with the energy sector to support new technologies for carbon capture, hydrogen, and alternative fuels that address climate change. Meanwhile, housing will continue to be a priority, including bills to help create more student and social housing. Laws to help strengthen apprenticeship programs will also take priority.

“The best news is that the legislature is truly embracing a skilled-and-trained workforce as a new standard. It’s really gaining momentum,” said BCTCC Legislative Director Erin Lehane. “We‘re seeing a lot of legislators bring bills to us with this language already in it, which is wonderful because it will support local apprenticeship programs. Every time we get ‘skilled-and-trained’ in a bill, it helps create more opportunity for apprentices.”

The BCTCC will be supporting several bills this year to push the concept of enshrining skilled-and-trained workforce requirements into the law. The council is currently sponsoring Senate Bill 1412, sponsored by Senator Robert Hertzberg, which would require contractors and subcontractors to certify that they meet pre-qualification requirements for using a skilled-and-trained workforce when bidding on public projects.

Not all legislation to address the climate crisis is created equal. The BCTCC supports Senate Bill 905, which would demonstrate the effectiveness of carbon-neutral concrete and carbon sequestration, as well as Senate Bill 1136, which would help streamline new projects. However, other bills are being devised that jeopardize both jobs and energy security.

“We have our eye on bills that are restricting energy production without corresponding provisions to put additional power on the grid,” said Lehane. “We’re concerned about the lack of new power generation.”

While there’s money in the governor’s budget for wind infrastructure and carbon-capture projects that will help keep existing jobs in the industrial sector afloat, the BCTCC is fighting against Senate Bill 1173, which would force CalPERS and CalSTRS — the two public employee pension funds — to divest from fossil fuels by 2027. There’s concern that it will negatively affect retirees’ pensions while not actually reducing greenhouse gas emissions.

The BCTCC is also racking up wins in the energy sector. Lehane said that intense effort effectively blocked Senate Bill 342 from passing in January; that bill would have denied organized labor representation on the South Coast Air Quality Management District board. Additionally, the BCTCC killed Assembly Bill 1218, which was aimed to mandate electric vehicles without considering vehicles powered by alternative fuels such as hydrogen and biofuels — burgeoning sectors in the Bay Area.

Inadequate housing creation and affordability is a perpetual problem in California and a top concern among the working class and those who build homes, and that’s why it’s back on the agenda for the BCTCC’s lobbying efforts this year. Those efforts include work to support Senate Bill 886, which was introduced by State Senator Scott Weiner to address the student housing shortage by granting projects within the University of California, California State University, and the state’s community college systems with CEQA exemption.

Another bill being bolstered is Assembly Bill 2053, authored by Assemblymember Alex Lee to create a California Housing Authority tasked with producing and preserving mixed-income housing built by union hands. Meanwhile, Senate Bill 15, championed by Senator Anthony Portantino, is getting backing for its proposal to rezone underutilized retail parcels for workforce housing. Finally, Senate Bill 6 — or the Neighborhood Homes Act, which authorizes residential development on lots zoned for office and retail — is also getting labor’s support.

However, it’s not all good news on the housing front, and with some problematic bills looming on the horizon, it will be an all-hands-on-deck year for advocacy in Sacramento.