Helpful New Tool on the Jobsite — or Hostile New Threat? 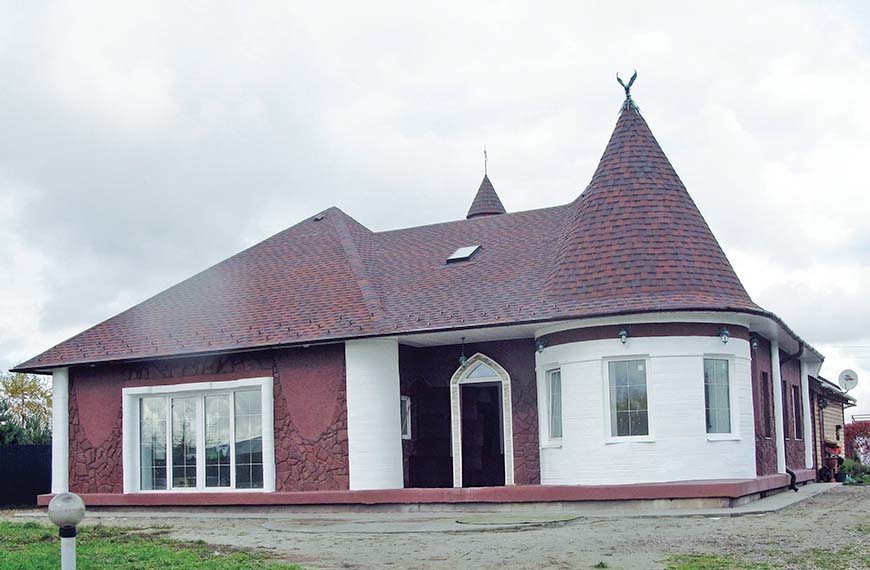 When considering the world of 3D printing and how it relates to the construction industry, it helps to ditch any traditional image that springs to mind when you think about what a printer is.

The machines used in construction 3D printing are a far cry from those toner- and ink cartridge-draining devices that sit adjacent to your office desk. On the contrary, these are massive machines capable of “printing” everything from foundations to walls of entire homes.

Picture a gantry crane with a nozzle much like a giant cake icing tip from which flows concrete. The nozzle runs back and forth and quickly, deliberately, and cleanly dispenses the concrete, layer by layer, consistently filling a space 2 inches wide by 1 inch tall.

In a few hours, walls are up and drying and waiting for a roof, windows, flooring, electrical, and plumbing.

What you don’t see in this scenario is a large crew of construction workers — no carpenters, no cement masons, no pile drivers. That’s because a 3D printer pouring concrete requires only three, maybe four, people on the jobsite: a technician to run the machine, someone tasked with managing materials, and a quality control inspector.

So, what to make of the 3D printer in the construction industry? Is it a revolutionary new tool we ought to embrace and learn to use? Is it something we ought to fight off as a threat to building trades jobs and the human expertise we bring to work every day? Is it even capable of fabricating built environments where people would actually want to live, work, and shop — or is it just another niche tech trend?

On all of the above, the jury is out.

“Like any innovation in our industry, we’re going to monitor it to see if it’s going to be a job creator and to see if it offers a way to advance our industry to the benefit of the workers,” said San Francisco Building and Construction Trades Council Secretary-Treasurer Rudy Gonzalez. “I definitely think it’s something our affiliates should be monitoring closely.”

Representatives from Plasterers and Cement Masons Local 300 in Oakland weren’t available to provide comment by this publication’s press time.

One union we approached for its take on this matter, however, has done more than simply keep tabs on the 3D printing situation, we found: Local 185 out of Sacramento is a signatory for Emergent 3D, a 3D printing subcontractor out of Redding.

“All aspects of what we do in the concrete world are tied into this,” said Local 185 Business Manager Doyle Radford. “It’s just new technology that we’re all having to learn and hopefully make our own.”

Radford cited a number of positives in associating the laborers as a signatory for a 3D printing company. These include finding work in the notoriously nonunion residential housing construction market. He also said he sees using a 3D printer on a jobsite as an opportunity to attract the more tech-savvy construction worker.

But are the robots coming to take away the jobs?

While the laborers getting a foot in the door with a 3D printing company grants the union a presence on the ground floor of what might be a budding industry, the subcontractor benefits from having union labor on its side.

Don Ajamian is the CEO of Emergent 3D. After 37 years as a licensed contractor, he teamed up with Matthew Gile three years ago on their new venture. Ajamian admitted that getting past the California building code was a bit of a challenge at first. Now, Emergent 3D has started printing single-family detached homes in Redding.

The printing machine, which comes from Danish company COBOD, costs a little more than $1 million, according to Ajamian, and uses conventional Portland cement. The structures are fire-resistant and allow for creative designs.

Emergent 3D’s relationship with the union is an example of government funding making a difference. The company has focused on housing to address disaster recovery, homelessness, and workforce needs. Many incentivized funding sources require prevailing wages, and going union is an easy way to ensure those wages. Ajamian characterized the union relationship as “a no-brainer.”

“As we grow, the union is such a great source for sending us employees,” Ajamian added. “It’s hard to find help anyway. If we’re signatory in that way, we’ve got some great partners to help us find some great employees.”

Ajamian doesn’t see 3D printing as a threat to the workforce but a way to build more homes.

The laborers, for their part, have planted their flag.

“Without a good signatory partner, there is no work for our members,” Radford said.