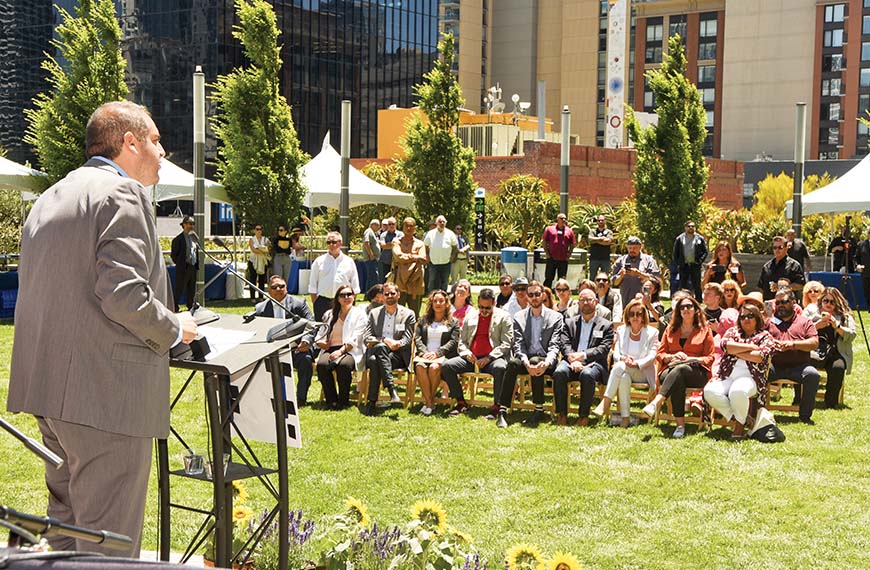 Quotes and Photos From the Event

Saturday, July 16, was a warm and sun-drenched weekend afternoon — the ideal midsummer San Francisco day, really — for folks from far and wide to gather for the long-awaited 125th anniversary celebration of the San Francisco Building and Construction Trades Council.

Flanked by some of the City’s tallest and most significant architectural landmarks, the amphitheater and surrounding parkland grounds atop the 100%-union-built Salesforce Transit Center in the heart of downtown SF served as an equally ideal setting for this momentous occasion.

The day brought together political leaders, rank-and-file union members and their families, significant labor luminaries from both the national and local stage, and friends of the movement.

Stories were traded and glasses clinked in celebration of well over a century of hard work, with much more anticipated going into the future.

Speaker of the U.S. House of Representatives and local political icon Nancy Pelosi was the event’s guest of honor; she was bestowed the council’s first-ever Public Service Award.

Scroll down to read notable quotes from some of the event’s keynote speakers and to see photos from the event. 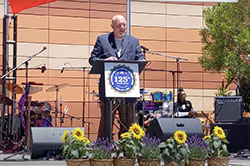 We’re talking about a 125th anniversary. One hundred and twenty-five years of struggle and strife to move people to the middle class that this organization has been carrying on that fight. There are so many private- and public-sector entities that you could think of that existed 125 years ago that are gone, but not the San Francisco Building and Construction Trades Council, which not only survived, but thrived. So, congratulations on 125 years. That is amazing to me. 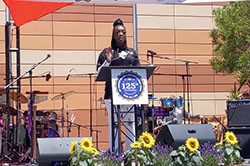 I was born and raised here in San Francisco — Bayview-Hunters Point. It’s been a long journey for me. I got into the trade about 10 years ago. It’s just been a blessing to be able to work and provide for my daughter. I’m a single mom. ... I went through CityBuild. ... I just love doing the work I do. It’s enjoyable. I’m proud to be a union glazier. 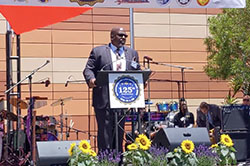 Being a proud African American, I know for a fact that the labor movement and the union movement has been the one spot for diversity and equal opportunity. … We’re here to celebrate what we’ve done right, and what we’ve done right is advance everybody the opportunity to work and make a living wage. Through the union movement is how we advance this country, and we know for a fact that San Francisco is the leader of all aspects of what we’re trying to do. 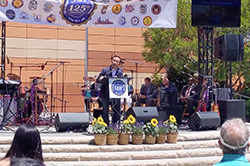 The sun is shining on the building trades today. … In our city, the hospitals where we’re born, the schools that our kids are educated in, the houses that we live in, the parks that we play in — all were built by the building trades. … The largest airport in Northern California, the 27 transit agencies, and our PUC system that delivers water to 2.7 million Californians were built by the trades. From the Golden Gate Bridge to the Transamerica Pyramid to our arenas and stadiums where we win our World Series and our NBA championships: built by the trades. … Those of us who are your elected officials like to say, ‘As goes San Francisco, so goes California, and as goes California, so goes our country.’ But I might just add to that, ‘As goes the building trades, so goes labor, and as goes labor, so goes San Francisco.’ 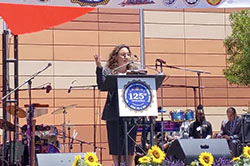 This beautiful new iconic San Francisco landmark was constructed by our union trades workers with over 5.7 million hours of hard-performed work on-site. The partnership with our brothers and sisters was solidified with a project labor agreement that was jointly signed by over 30 different union locals in 2011. It has truly provided labor harmony and a strong working relationship between the [Transbay Joint Powers Authority] and the unions, which resulted in the delivery of phase 1 of the Transbay Program: this transit center and rooftop park that we’re enjoying today. The PLA will carry on into phase 2, which will deliver the Downtown Rail Extension, and we’re going to complete the Transbay program. That means more jobs. 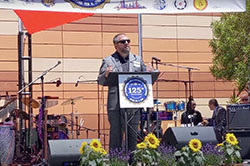 I’m bringing good tidings from the 500,000 women and men that we represent across the state of California to congratulate all of you on this momentous anniversary. Think about the vision that the forefathers had 125 years ago when they built this building trades council in San Francisco. Did they believe that in 2022, this [council] would be the beacon of labor standards not just in California, but — because we’re Californians — the beacon of labor standards across the country? This city is [that] beacon of labor standards. … Wages are higher here. Benefits are better than anywhere else in the U.S. You’re building projects that people in Sacramento today believe can’t be built union, can’t be built with skilled-and-trained workers, and [built affordably]. Each one of you delivers that every single day. 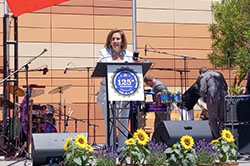 The impact of our building trades is one that is substantial and longstanding. … You see these buildings they build, and they’re remarkable monuments to the workmanship of our unions. … The middle class is the backbone of our own democracy, and the middle class in America has a union label on it. … One hundred and twenty-five years establishing the building trades in San Francisco — how proud are we of that? 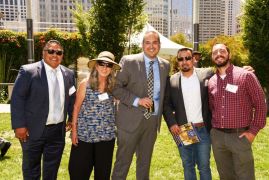 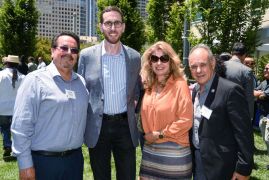 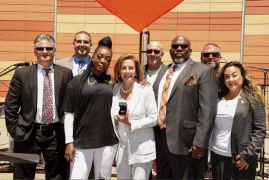 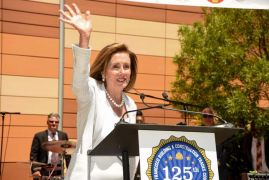 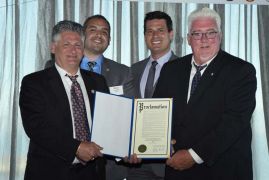 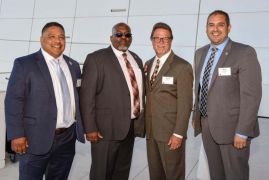 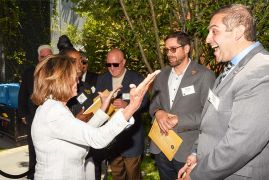 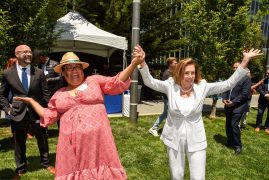 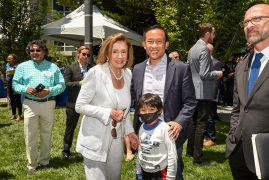