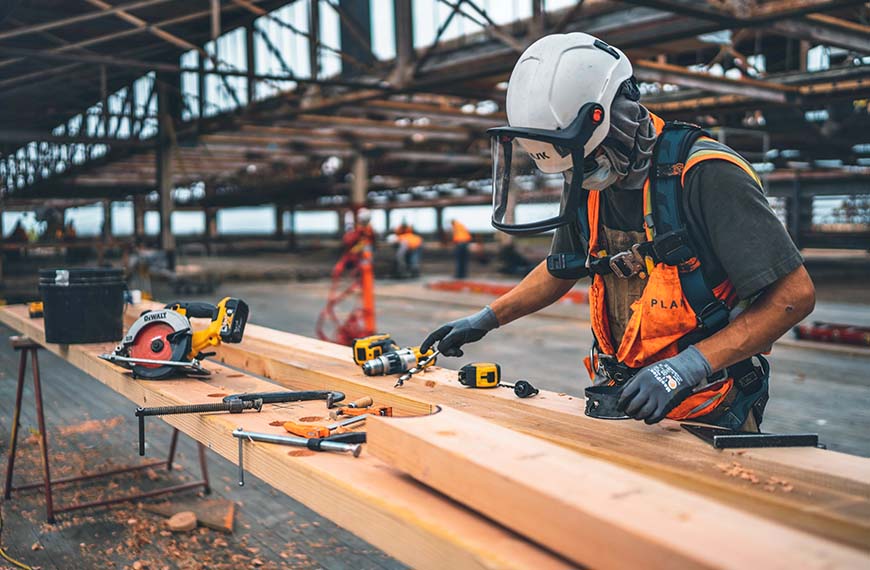 This guest column was written by Andrew Meredith, president of the State Building and Construction Trades Council of California.

When Robbie Hunter, my predecessor as president of the State Building and Construction Trades Council of California (SBCTC), ushered Senate Bill 54 (SB 54) through the California legislature and across the governor’s desk in 2013, he laid the groundwork for what would become a massive shift in our statewide construction labor market.

While the bill dealt specifically with labor standards in California’s petroleum industry, it would become the fuel for much broader policy changes in the construction sector. Language from the bill requiring the use of skilled-and-trained workers ultimately found its way into all aspects of construction in California.

It’s important to understand just how massively skilled-and-trained language has changed the labor market for the better in less than a decade.

In 2013, the building trades had little presence in the petroleum sector. When construction projects were undertaken in refineries across California, a wave of non-union workers was ushered in from low-wage states like Texas, Louisiana, Mississippi, and Alabama to complete the work. Most of these workers lacked formal craft training, meaning projects were less safe, the workforce was less productive, and the demand for apprentices in areas around refineries was stagnant.

By requiring a percentage of journey-level construction workers in the refineries to be graduates of California-approved apprenticeship programs, SB 54 was a game-changer.

Fast-forward to 2022, and building trades members dominate the petroleum sector. We’ve forged partnerships with the industry through project labor agreements, providing jobs for tens of thousands of our members statewide every day. This has grown our ranks undoubtedly, and it’s also grown our list of signatory contractors. For our industry partners, it’s made their projects safer and more productive, and it’s given them an advocacy partner in Sacramento fighting for responsible energy policies in California.

As SB 54 was gaining momentum, legislators were taking notice. They saw apprenticeship opportunities expanding and middle-class jobs growing in their local communities. The construction workforce in refineries was transforming. When President Hunter sought to expand the application of skilled-and-trained language to other sectors, including public works, he found willing partners in the legislature. Bills were passed that brought these provisions to “Main Street” in California, putting skilled-and-trained workers in schools, libraries, water projects, transportation jobs — the list was nearly endless.

All the while, something incredible was happening. Demand for apprentices was skyrocketing, state-approved programs were graduating more women and men, and our ranks in the building trades were diversifying at levels we had never seen before. Areas of California where union density had been low for decades were suddenly seeing a resurgence.

Rural California wasn’t immune, either. Apprenticeship programs in our rural communities were flourishing just like they were in metro hubs, creating new and meaningful paths to the middle class in communities where these opportunities were rare.

As a testament to how well skilled-and-trained language worked, data shows apprenticeship registrations and completions have doubled since SB 54 became law. This wasn’t just happening in a few crafts, either. Every trade, without exception, saw massive apprenticeship increases. Skilled-and-trained language delivered exactly what the SBCTC promised it would. The construction workforce statewide was becoming better trained, more diverse, increasingly unionized, and better prepared to meet the future construction needs of the state.

As we reflect on all of these massive gains through the application of skilled-and-trained language, we must also recognize what can still be done with this effective tool. As California takes steps to deal with climate change and the housing crisis, for example, lawmakers should look at the long history of results tied to skilled-and-trained provisions and enact policies that tie those provisions to responsive legislation. By doing so, apprenticeship opportunities will continue to grow, workers in the traditional fuels sectors will transition to new renewable projects, and our workforce will continue to diversify and become more inclusive.

In the housing sector alone, the potential impacts of skilled-and-trained provisions are almost unfathomable. By touching just a quarter of the housing market with these labor standards, lawmakers could once again double apprenticeship numbers in California. That means more pathways to the middle class in disadvantaged communities, increasing union density statewide, growing opportunities for our current building trades members, and an unprecedented organizing opportunity for our affiliates.

For this to work, we must remain united behind skilled-and-trained language and continue to demand it be included in legislation. We must utilize the opportunities these pieces of legislation will present and continue to organize the non-union workforce. We must welcome them into our ranks as sisters and brothers, as we’ve always done, and continue to be the beacon of hope for a new generation of workers.

We can do all of this if we work together, trade to trade. The opportunities are immense and the potential for growth is massive. California workers are counting on us to make it happen.