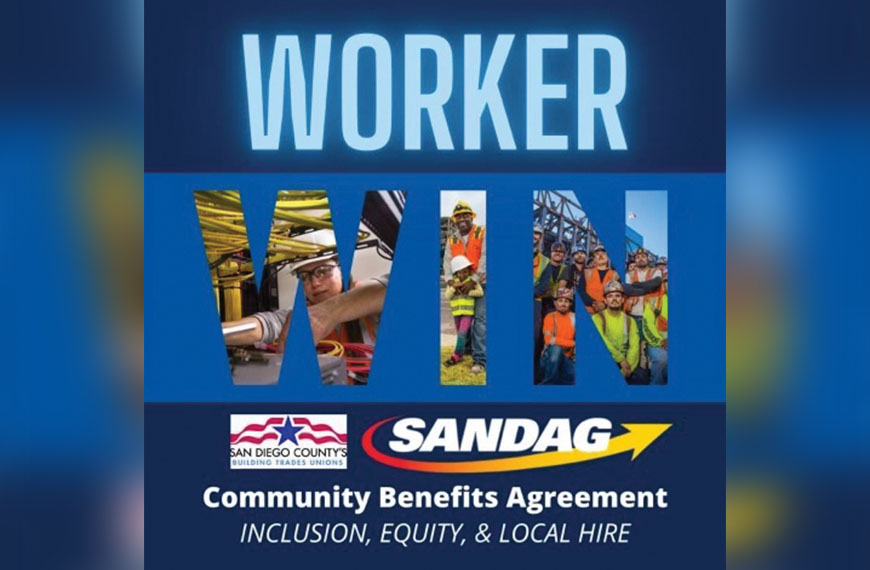 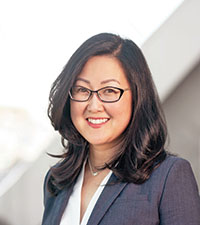 One of the first things Carol Kim did after being hired as political director of the San Diego County Building and Construction Trades Council in 2016 was to immediately plant the seeds of what would become a historic project labor agreement years later.

She began meeting with IBEW Local 569 Political Director Gretchen Newsom to discuss strategies by which to achieve a PLA with the San Diego Association of Governments (SANDAG), a regional metropolitan planning agency made up of appointed representatives from San Diego’s 18 local governments. At the time, SANDAG was helmed by both an anti-worker CEO and board that favored a highway-centric regional transportation plan dismissive of climate change. It was obvious that labor did not have a place at their boardroom table.

The tactic became clear to Kim and Newsom: The SD Building Trades would have to change SANDAG’s composition so that it better reflected the interests of San Diego County residents. It would be a painstaking multi-year process involving a lot of effort on the part of many stakeholder groups, but it was a viable way forward that just might work.

Kim and Newsom studied political representation in the county’s cities, as well as demographics and voter registration rates. They determined that a path forward for flipping SANDAG’s seats could ultimately yield a PLA that would transform the county for years to come.

“In 2020, the board started to shift to pro-labor,” said Newsom. “It was labor, the environmental movement, and community justice groups uniting, meeting weekly to agitate SANDAG to pursue [an RTP] that was going to be effective for our collective goals.”

Group effort resulted in the creation of the Quality of Life Coalition, which gained support from the Sierra Club, Climate Action Campaign, Sunrise Movement, and Local 569, with 569 providing full-time staff for the coalition. The alliance effectively persuaded voters to mobilize and push back against SANDAG’s then-anti-worker, -anti-environment agenda.

From there, Kim said, the SD Building Trades lobbied the new and improved SANDAG to adopt a transit-oriented RTP. SANDAG did so, and the SD Building Trades was ready with a PLA that would cover all of the RTP’s pertinent work — roughly $160 billion worth over the next 30 to 40 years. SANDAG approved the agreement in December 2021, and, with that, the second-largest PLA in the nation behind Los Angeles County’s was born. Under the terms, any major SANDAG agency project over $5 million will be covered.

“It’s amazing to me to imagine that we will have generations of building trades workers here in San Diego benefiting from and being protected by this [PLA] for decades to come,” said Kim, who is now the SD Building Trades' business manager. “Once those projects are funded and moving forward, it’ll transform this region in terms of how we are able to get around and move. Our mobility will be completely different.”

In addition to road and bridge work, the SANDAG PLA will cover transit expansion projects and rail lines to help connect the region and provide lower-income workers who might not have a car with reliable transportation to jobs. More transit will also mean cleaner air for the region, as well as highways with less congestion. The hope is that these changes will translate into healthier workers who have more time to spend with their families.

Kim credited the intensive political groundwork she did with the Quality of Life Coalition with the PLA’s success. Implementing a comprehensive external outreach program with direct community engagement, the coalition was able to make the case to San Diego voters that both the RTP and the PLA would have solid moral value. Instead of merely pursuing votes in a transactional way, the coalition set out to build a deeper, longer-lasting sense of support among the local electorate for labor and environmental issues that will, with any luck, persist into the future.

“Sometimes, environmentalists and the building trades can be at odds,” Kim said. “But in this case, we were able to find shared values and ground, which was key.”

The Rundown on SF’s Citywide PLA

After years of tenacious advocacy from the San Francisco Building and Construction Trades Council, the SF Board of Supervisors unanimously passed a citywide PLA in January 2019. It covers capital-bond-funded projects that fall under the jurisdiction of the City’s departments of Public Works and Recreation and Parks. (Not covered by the PLA are projects under SF’s enterprise departments — SFO, SFMTA, the Public Utilities Commission, and the Port of SF.)

In addition to ensuring union wages, benefits and other protections on large-scale projects, the citywide PLA leverages a skilled-and-trained workforce to avoid costly delays and additional expenses for city projects. While public projects generally go to the lowest bidder and are therefore said to save tax dollars, citywide PLA coverage ensures that no sacrifices are made in the quality of work that might result in enormous repair expenditures down the road.

Mulligan said that to date, around nine projects have been covered under the SF PLA. If that seems like a low number, consider that the coronavirus pandemic, with its groin-kick to the economy, gobbled up a massive chunk of time since the PLA’s enactment at the outset of 2019; significant project delays are an issue we’re still dealing with.

However, in the midst of the pandemic, the Department of Public Works was able to move forward with streetscape improvements — one of those nine PLA-covered projects. Building trades workers on the jobsite doubtless benefitted from the significant lack of traffic during the period, not to mention the much-needed wages they earned during that industry-wide dry spell.

The citywide PLA’s threshold has been set at $5 million since its passage. On July 14, the threshold deescalates to $1 million, meaning that for the next 18 years, all bond-funded projects in excess of that amount will be covered. Mulligan said he expects that the agreement will capture significantly more work in the years to come.