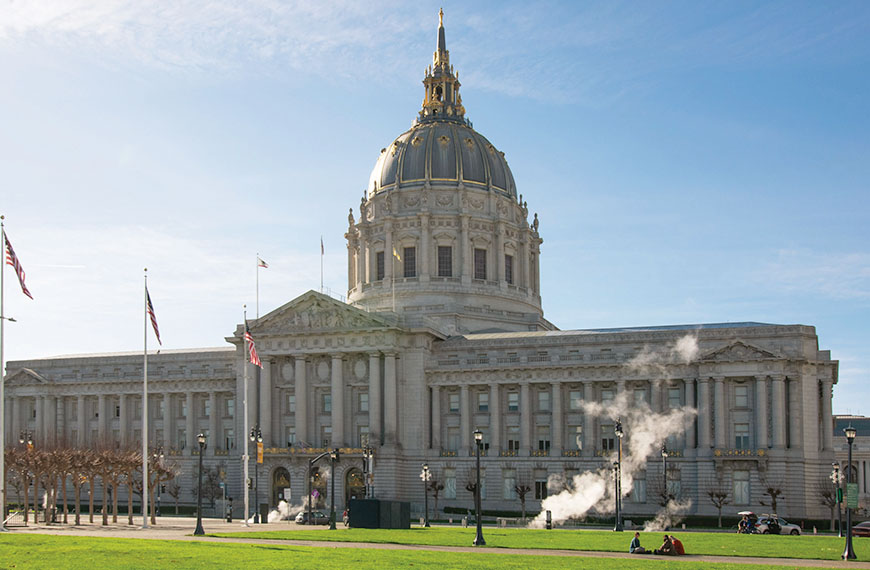 Despite growing demands from labor and recommendations resulting from both an audit by the San Francisco Budget and Legislative Analyst and a civil grand jury, there has been no movement to revive one of the City’s key workforce committees.

The lack of action has the San Francisco Building and Construction Trades Council asking, “Why?”

The council is pushing for the reconstitution of the City’s now-defunct Committee on City Workforce Alignment — but this time, with a stronger labor voice on the board. The council is also looking at the committee as a long-needed way to centralize the numerous workforce development programs scattered far and wide across the City.

Proposed legislation to reestablish the committee with a greater labor presence, however, has stalled with the City.

The Committee on City Workforce Alignment was established in 2014 and tasked with the “responsibility for planning and coordinating the City’s workforce development programs,” according to the ordinance sponsored by then-supervisors Malia Cohen, David Chiu, and London Breed. City department heads primarily composed the committee, which was overseen by an advisory committee of nonprofit leaders.

The committee sunsetted at the end of 2019.

Because of the trades’ long and successful history with apprenticeship programs, pre-apprenticeship programs, and other workforce development avenues, the stance of the SF Building Trades council is that a reconstituted committee led by labor that puts the focus on centralizing area programs would be supremely beneficial to post-pandemic job seekers in the region.

“We want to revive [the committee] through the legislative process in the City and amend it to include seats for labor,” said SF Building Trades Council Secretary-Treasurer Rudy Gonzalez. “We know that the best workforce development around is the gold standard of the registered apprenticeship programs in the building trades. We want labor representation to have a seat at the table.”

In 2019, the San Francisco Labor Council (SFLC), then headed by Gonzalez, unanimously passed a resolution calling for the mayor and Board of Supervisors to “craft and advance plans for centralizing workforce development programming citywide” in order to “increase transparency, accountability, and deliverables while minimizing fraud, patronage, and waste.”

The fact that such a resolution could pass with all yea votes from as notoriously contentious a crew as the SFLC should have been testament enough to its worthiness.

“The whole labor council, which is unanimous on nothing, unanimously said we should […] push a policy around centralizing these programs,” Gonzalez said.

Labor isn’t the only entity calling for a reconstituted Workforce Alignment Committee. An audit of the City’s workforce development and pre-apprenticeship programs completed in summer 2020 determined that “there is an ongoing need for citywide coordination of workforce development programs.” The audit’s first recommendation was to “adopt legislation reauthorizing the Citywide Committee on Workforce Alignment.”

A civil grand jury report in August 2021 addressed findings and recommendations and suggested responses at City College of San Francisco. The report recommended that the Board of Supervisors reinstate the committee and add City College as a member.

Thus far, the City seems to have ignored these calls for the committee’s return. Gonzalez said that legislation proposed through Board of Supervisors President Shamann Walton has stalled out.

“The mayor’s office will probably tell you they want this,” Gonzalez said. “The labor movement is demanding it. We’ve asked the board president to sponsor legislation. Everyone says it’s a great idea and that we should do it, but it isn’t getting done.”

Gonzalez is a former co-chair of the City’s Economic Recovery Task Force, which is charged with guiding San Francisco’s efforts through the pandemic recovery. The task force has identified centralization and alignment of workforce training as a key component to an equitable recovery for job seekers post-pandemic.

“We are coming out of a pandemic that has disproportionately harmed people of color,” Gonzalez said. “Low-wage service workers need access to these jobs.”

“We want to make sure that people with experience managing post-secondary-education-registered apprenticeship programs are represented in the City’s Workforce Alignment Committee,” Gonzalez said. “We believe we will bring in an incredible amount of value and expertise. We can provide skills training and actually help the city and community meet its goals. These are our neighborhoods, too.”