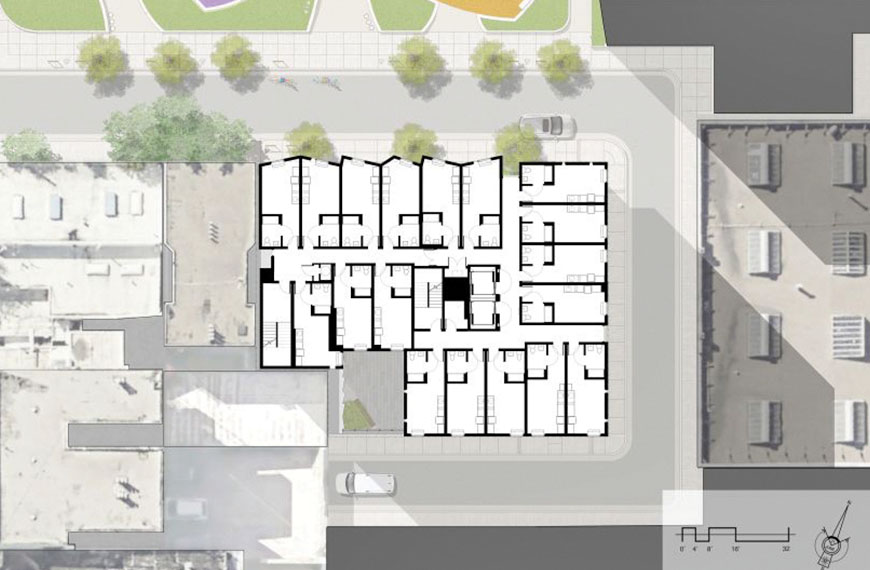 Launched in 2020, the AFL-CIO Housing Investment Trust’s $1 billion initiative to spark economic recovery in the Bay Area is on track to meet its job and housing creation goals by 2025.

Housing Investment Trust Senior Managing Director of Strategic Initiatives Ted Chandler spoke with Organized Labor about what’s ahead for the initiative. The following interview has been edited and condensed for clarity.

OL: Following its launch in 2020, how is the HIT initiative progressing?

TC: The first two projects are in San Francisco. One is Ventana Residences, a market-rate project with inclusionary and workforce housing, and the other is 53 Colton, permanent supportive housing for people experiencing homelessness.

Construction is going really well on both of those. From an initiative standpoint, they’ve been a terrific entry point for us to get in the competition to provide financing for a wider range of housing developments across the Bay Area.

There are four that we’re in the midst of developing proposals for or competing on in San Francisco. Some new state resources are available and to which our flexible financing can be of great value; specifically, the state has proposed funding for something called the California Housing Accelerator fund. It’s using federal rescue plan money to replace the tax credit equity that affordable housing projects have applied for, and which are oversubscribed in the state.

There’s just not enough tax credit equity to go around, so the state is proposing to use this rescue plan money as the substitute for what they’re unable to provide on the tax credit side. It’s something that a lot of the traditional bank funders aren’t familiar with. We’re competing hard on several of those deals, because we think that our flexible financing makes it a great fit for us as an entity that can customize financing as opposed to being cookie-cutter big financing.

OL: How is HIT having a positive impact on the Bay Area economy?

TC: We were able to have a huge impact during the four to six weeks when construction was literally being shut down because of Covid. With the uncertainty of the pandemic at the time, other financing institutions were saying they weren’t going to fund any new development. We stepped in to make sure that at least some people in the trades were able to go to work and get new jobs. It was a very difficult time, and other sources of funding basically froze.

We consider ourselves a first responder when it comes to a financial crisis because we feel an obligation to fund construction. It’s important to our investors’ returns that we’re active in the marketplace. Also, we see it as an opportunity, in that we have a lot of confidence in the economy long-term in the Bay Area — we’re going to be there through thick and thin. That was the case in the Great Recession 10 years ago; the first cranes on the skyline in 2011 were HIT-financed projects.

OL: How do you approach identifying projects that are strong candidates for funding?

TC: We source projects in two ways. One way is through partner financial institutions — working with labor-affiliated funds in the Bay Area like TDA Investment Group, which is based in San Mateo. We have a good partnership with them and we funded several projects with them. They’re on the ground there and have a long history with certain developers.

Secondly, we directly approach developers who are looking for affordable housing finance. We know which developers have applied for projects throughout the Bay Area, and we do direct outreach to them. Then, either through their consultants or through referral to some of their funders, we make our way into the projects.

Referral is how we came to be involved in 53 Colton, and through consultants is how we came to be involved in Ventana. TDA is our partner on Ventana. For the affordable housing project, we developed a relationship with the developer HomeRise, previously called Community Housing Partnership, and competed directly for their financing on 53 Colton. That introduction to the developer came through the Plumbers, and the fact that it’s a Plumber’s site is extremely helpful. So, the trades are hard at work on finding us opportunities, too.

OL: What’s your process and plan for increasing housing opportunities for workers close to jobsites?

So, we’re really proud to be financing the project, providing the most units of any in the City under that. Those are affordable to people who are not only apprentices, but journeypersons as well. It’s important for us to create those opportunities, so we’re particularly focused on finding them.

OL: What else is on the horizon for HIT?

TC: We’re interested in an emerging opportunity to work with developers who are willing to make a long-term commitment to the use of union labor in affordable housing development.

We learned that the developer who is the nonprofit operator at 53 Colton Street has its own workforce represented by SEIU. Here you have a developer who has entered into a collective bargaining agreement with a labor union. We’ve developed a great relationship with HomeRise through financing 53 Colton, and they’re a union shop.

It’s a great example of an opportunity that we didn’t even think of when we started on the initiative. But once you start getting in the market and rolling up your sleeves, you find new ways of doing business. I’m really excited about those opportunities in the Bay Area, with them and with others. I think we’re going to see more of that.

Additionally, there are a lot of proposals for teacher housing in the Bay. There’s such an enormous amount of support both among the teachers and among the building trades that when cities are supporting the construction of housing for union members, it should be built by union members. That’s a second opportunity that we’re discussing with policymakers right now.