Labor Day Special: A History of the Holiday 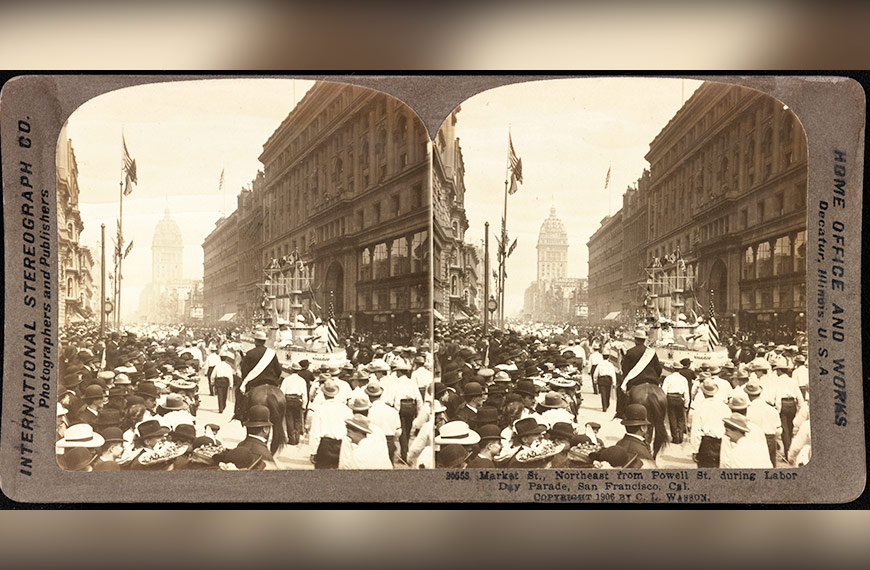 As Labor Day Evolves and Changes, It Remains a Golden Opportunity to Bring Our Movement to the Mainstream

Labor’s Fights Have Lifted Up all U.S. Workers. We Are the Reason for the Season.

Labor Day can mean different things to different people, but for the hardworking folks in the Building Trades, it’s more than just another national holiday. To workers, Labor Day isn’t simply a convenient date to mark the end of summer, and it isn’t merely an excuse to fire up the grill and toss back a few cold ones on an otherwise random Monday afternoon.

Instead, to workers, Labor Day is a collective reflection of the vital contributions of working people to American society.

But as we are all aware, no labor campaign is ever truly finished. Those efforts, made well over a century ago, have reverberated every year thereafter.

The San Francisco Building & Construction Trades Council emerged around the same time in the late 19th century, with the State Building and Construction Trades Council of California following at its heels in 1901. The prior year, the SF Building Trades began a fight with the Mill Cabinet industry for an eight-hour workday. A months-long strike ensued, marking a fiery era for the nascent Building Trades and earning San Francisco a reputation as the “closed-shop city.”

“The Building Trades Council and its various unions make what they call laws, and [we] are forced to live up to them,” complained a contractor at the time. Less than four years later, the 1906 earthquake and fire destroyed more than 28,000 structures in the city, including three-quarters of the Building Trades membership’s homes. However, the disaster also left a city in need of rebuilding, and the Building Trades experienced a doubling of representation in its wake.

The job got done, and the labor movement continued to grow alongside the city.

In 1925, the Labor Day parade was such a spectacle that the Chronicle crowed, “Never before in the history of California will the dignity and achievement of labor have been pictured so elaborately as in this parade.” About 60,000 marchers represented by every union and industry in the city strode down Market Street toward Civic Center, accompanied by 42 floats depicting various trades, a marching band, and throngs of spectators.

In particular, the Pipefitters float attracted attention, as it showed a typical kitchen from 1850 juxtaposed with a 1925 kitchen to illustrate how far home technology had advanced. Another float featured a representation of sculptor Rodin’s “The Thinker” contemplating a model of the state of California alongside a motto stating: “Think: The Wealth of California Was Created by Labor.”

In the intervening decades, a rise in traffic congestion, among other forces, has diminished the role of parades in urban American life in general. According to labor reporter Jack Howard, however, TV would begin to fill that crucial messaging void for unions. On Labor Day 1954, the SF Labor Council spent $800 for a half-hour of air time delivering a program dedicated to Labor Day in the city, marking a new method for educating a much larger audience about labor matters.

More recent decades have given rise to new Labor Day traditions, such as the SF Labor Council’s annual breakfast. The event is attended by hundreds, including U.S. Speaker of the House of Representatives Nancy Pelosi, who has given several keynote speeches.

“Middle-class economics, not trickle-down economics, is key to America’s success,” Pelosi told the crowd in 2015.

The next four years saw a fresh mobilization of unions fighting to protect the rights of working people from attacks by the Trump administration and the Janus v. AFSCME Supreme Court decision. At the annual Pre-Labor Day Breakfast in 2018, soon-to-be SF Building Trades Secretary-Treasurer Rudy Gonzalez — who was, at the time, the SF Labor Council’s executive director — called the Bay Area a fortress against such attacks.

On Labor Day that year, more than 50 workers and union reps were arrested in front of Marriott’s Westin St. Francis Hotel as they demonstrated in solidarity with Unite Here Local 2 workers.

Labor Day in Our Weird Modern Era: It’s Up to Us

Labor Day 2020 was a striking break in tradition when, unfortunately, annual in-person labor events were canceled due to the coronavirus pandemic. With the Delta variant circulating and slowing the recovery, the fate of future festivities remains uncertain.

Regardless, this health crisis doesn’t diminish the spirit of Labor Day. Rather, it amplifies it. Without safety, security, and livable wages for working people, there will be no recovery. And, if historical precedent is any indication, strong labor movements are the only way to guarantee some safety, security, and wealth for ourselves and our families in a society that’s run by the bosses and for the bosses.

Labor Day is a perfect opportunity to remind America of that fact. We ought to take that opportunity and run with it. It’s up to us to continue the tradition of giving our movement the literal or figurative parade that it deserves.

Either way, let’s make sure it’s a big one. Happy Labor Day.