More than Just a Local Union Leader, He Looks Out for All City and County Workers 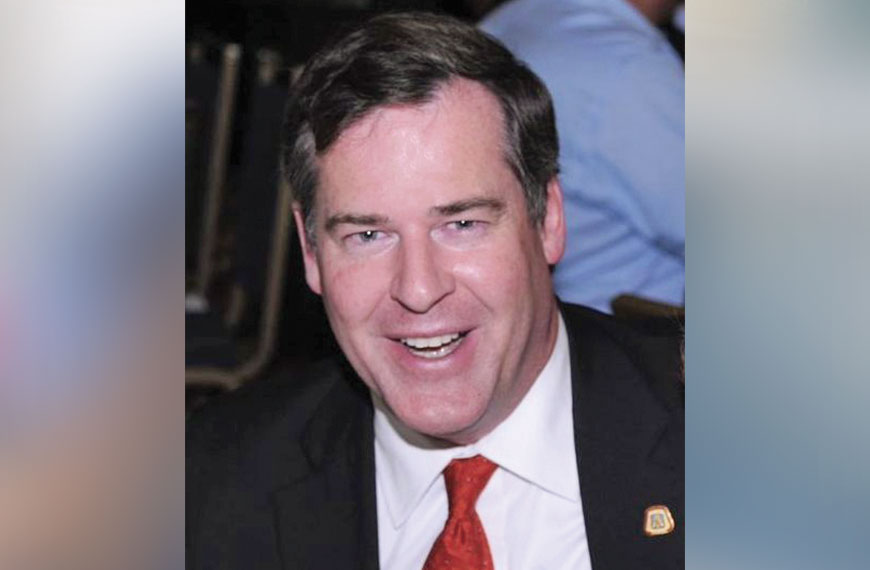 When he began his career in labor and construction, Pat Mulligan didn’t necessarily envision himself as a future administrator in one of the nation’s most progressive offices of labor enforcement.

Instead, a life as a union carpenter was every bit in the cards for the San Francisco native. Mulligan’s father has been a member of the Carpenters Union for 70 years, making it not the least bit shocking that his son would not only sign up with Carpenters Local 22, but also that he would become a union leader.

“I’ve always had a sense of obligation to this local,” said Mulligan, the guild’s financial secretary for the last 18 years. “I’m very aware that this union allowed my father the opportunity to raise his six kids in San Francisco with some sense of dignity and allowed my mother the opportunity to raise her six kids without having to work. It afforded them the ability to own a home, so I was very aware of the role that organized labor and unions have played in that.”

Over the past 20 years, Mulligan has watched with interest as laws protecting workers have come on the books. Thanks to voters and elected officials, San Francisco has been among the first cities in the nation to implement such policies as a city minimum wage, paid sick leave, paid parental leave, and formula retail.

Those policies — and many others — are watched over by the city and county’s Office of Labor Standards Enforcement (OLSE), an agency for which Mulligan has served as director for the past five years.

Mayor Ed Lee selected Mulligan for the directorship after Mulligan had served for four years as the director of CityBuild, where he had overseen the city’s Local Hire Ordinance. At the OLSE, Mulligan’s team polices more than 30 labor laws, with more on the way. During the 2019-2020 fiscal year, the office distributed nearly $14 million in restitution to 4,165 workers and implemented three key new policies including the Public Health Emergency Leave Ordinance, the Employee Protections Ordinance and the Health Plan Requirements for Specified COVID-19 Essential Services Contracts.

Mulligan realizes that his office has the ability to make a critical difference in the lives of workers whose restitution for fees that they should have been paid could mean a new car or the ability to get out of a difficult living situation.

Not that everything is easy.

“We’re labor cops,” Mulligan said. “Much like when the police pull you over, it’s not a positive experience. It’s not always this cheery position to be always enforcing labor laws, but it’s a difficulty we embrace.”

Mulligan was a rank-and-file worker when he was brought in at CityBuild. The three previous directors of the OLSE also came through the building trades, and Mulligan recognizes the collaboration between his office and the San Francisco Building Trades Council.

“I feel that the building trades unions should be strongly aligned with this office,” he said. “There’s a lot of overlap.

“It’s a great place. I think it’s one of the many things that makes San Francisco so special and unique — to have such a robust office dedicated to labor enforcement and an impressive array of labor laws, many of which started here.”

Enforcing those laws has been an especially big job over the past year and a half. Although the COVID-19 pandemic had a devastating effect on businesses throughout the city and the nation, many of the building trades fell under essential services and were largely able to continue their work. Even amidst a pandemic, labor protocols had to be observed.

“There were some challenges, but it was manageable,” Mulligan said. “People have asked if the pandemic was so difficult on businesses that we exercised leniency. My answer is: That’s not our role. There are all kinds of supportive services for businesses. We are very grounded in the reality of our approach toward enforcement and very realistic in our expectations, but we are undeterred.”