When Your Coworkers Have Your Back 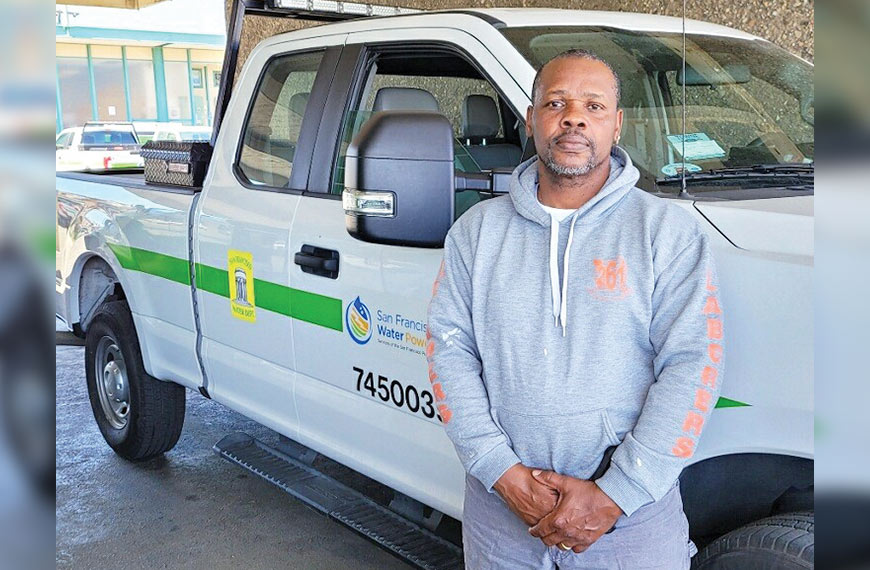 In combat, a solider is trained to never leave a fallen squad member behind. There is a similar code among union brothers and sisters.

So, on March 26, when Anthony Travis discovered his foreman, Jorge Vicente, unconscious on the floor of a locker room, he knew that summoning emergency medical attention might not be enough to keep him alive.

“I watched him take his last breath, and I couldn’t just leave him lying there,” said Travis, an employee of the San Francisco Water Department and a member of Laborers 261. “It was a spur-of-the-moment thing. Something kicked in and told me to start doing CPR.”

Vicente was in cardiac arrest, but thanks to Travis’ quick thinking, the heavy equipment operations supervisor did not take his last breath. Travis performed CPR for several minutes. Another coworker stepped in to help, and crew members used a portable defibrillator on Vicente.

Ultimately, an ambulance arrived and emergency medical workers took over. Vicente was taken to Zuckerberg San Francisco General Hospital and Trauma Center, where doctors determined he had suffered a heart attack and installed a small defibrillator in his upper chest. They also found a couple of broken ribs, which were the result of Vicente’s colleagues’ robust CPR efforts that helped save his life.

“There’s a lot of pain left over from the broken ribs,” Vicente said, “but the doctors told me that if they hadn’t broken ribs, they weren’t doing it right.”

Vicente, who is expected to make a full recovery, shares Travis’s assessment that the team members of the SFWD are a family who look after each other.

“I’ve worked with Anthony for a long time,” Vicente said. “He’s a great guy — a super person. There are a handful of guys down there who are like family, and he’s one of the circle.”

Vicente credits the people in that circle for their particularly effective combination of know-how and quick action. “It’s one thing to be trained to do CPR and another thing to actually jump in and do it,” he said. “Those guys didn’t think twice.”

Emergency CPR wasn’t always on Travis’ resume. A native of St. Louis who has lived most of his life in California, Travis spent time in prison. He was serious about turning his life around upon his release, but he encountered barrier after barrier in his search for gainful employment.

He found a second chance through the Garden Project, an environmentally focused nonprofit that provides at-risk young adults with job training and life skills. Travis’ work with the project ultimately led to a job with the City of San Francisco’s Department of Public Works and, a few years later, he moved to the Water Department.

In his 16 years at SFWD, Travis has ramped up his union involvement, becoming shop steward and then chief steward involved in contract negotiations.

“I got involved because I had seen a lot of unfairness in this department,” Travis said. “They asked me a few times, and the third time, I said, ‘I’m going to do this. Maybe I can make some changes,’ and I started fighting for some things that we had never had.”

Travis, who is a married father of eight, is grateful for the attention and the appreciation for his actions on that March date, but said he is not one to pat himself on the back.

“Jorge called me and said, ‘I don’t know how I’m going to repay you,’ and I said, ‘You don’t owe me anything,’” Travis said. “I’m happy I was able to save his life so he can spend more time with his family. That’s good enough for me.”