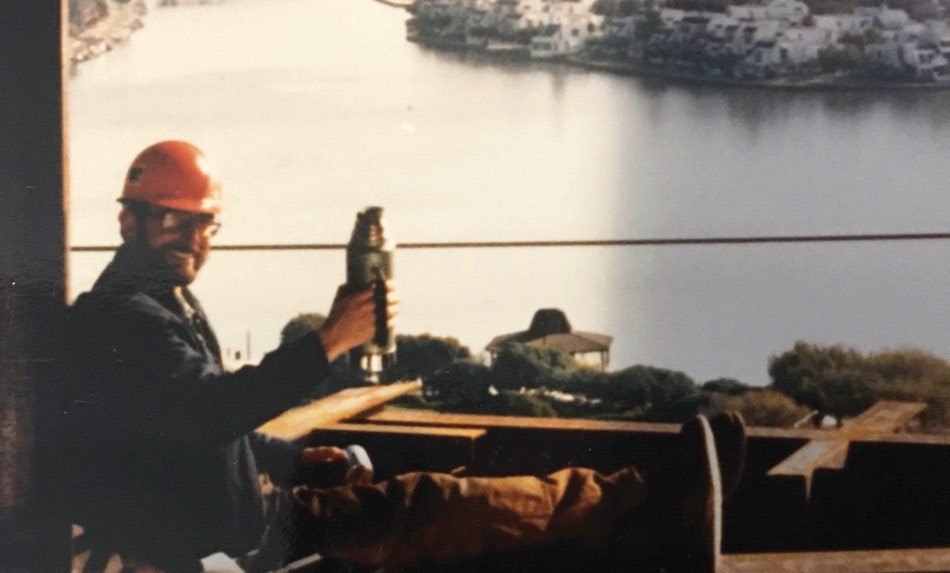 World-Renowned Bridge Stands as Testament to Power of Union Labor, Then and Now

Eight-four years ago this month, construction wrapped on the Golden Gate Bridge. Dubbed “a perpetual monument that will make this city’s name ring around the world” by the San Francisco Examiner in 1925 and “one of the greatest monuments of all time” by Consulting Architect Irving Morrow at the time of its opening, some might argue the bridge — which attracts 10 million tourists each year and sees 41 million motorists make the trip across annually — is the world’s greatest perpetual monument to something else, too: union labor.

“Anybody who works in the building and construction trades in San Francisco takes great pride in that bridge and the involvement of union labor in its construction and ongoing maintenance,” said Michael Theriault, former executive secretary-treasurer of the SF Building Trades Council. “It’s the symbol of San Francisco to the entire world and one of the leading symbols of the United States to much of the world as well.”

Theriault expressed pride in the ongoing maintenance of what remains one of the world’s longest suspension bridges, with a span of 4,200 feet, by local Bay Area union workers. A member since 1985 of Local 377 Ironworkers, Theriault lauded the work of fellow tradesmen, including electricians, laborers, carpenters, painters, and plumbers.

Though Theriault, who lives in San Francisco, is impressed by the engineering feats achieved in the bridge’s original design, he was quick to point out the significance of the ongoing maintenance for seismic retrofitting of the bridge and other safety concerns.

“It was very cutting-edge, making use of leading engineering technology at the time the bridge was built,” he said. “But as we learn more about engineering, and about the behavior of earthquakes in particular, the bridge is subject to frequent reworking to meet that new knowledge.

“There are other safety-related changes to the bridge that are made over time. The movable median barrier is relatively new, and we are in the course of installing a new suicide deterrent system with stainless steel netting to keep people from wanting to jump.”

Hernandez is the first woman staffer at her Local and also the first woman to represent the SF Building Trades Council on the Board of Directors of the Golden Gate Bridge, Highway and Transportation District, and she is proud of the bridge’s progressive legacy. She said the project tackled the safety of its original union labor workforce head-on.

“Those original engineers recognized that safety was a huge priority on this build,” Hernandez said. “It was one of the first projects to mandate the use of hard hats on the job. It allotted a huge initial chunk of the budget for safety.

“They set up a first-ever-of-its-kind safety net to protect workers on the stands. There was a significant financial investment put in to ensure the bridge would be built to stand for generations and, at the same time, that the workers would be as safe as possible.”

One of those original workers was Al Zampa, an ironworker with Local 377. According to his grandson, Don Zampa, who is now 62, Al left a job working on the Bay Bridge to work on the Golden Gate because he knew it was going to be a historic build.

Don, who is the President of the District Council of Ironworkers of the State of California and Vicinity, said his grandfather’s storied union career has touched many lives.

“The fact that my grandfather went to work as a union ironworker on that bridge and other big Bay Area projects changed the course of history for generations,” Don said. “He made a good wage in hard times. He retired on a union pension for 30 years. His children and grandchildren now recognize the value of the union and entered into the various unions they belong to now like ironworkers, carpenters, nurses, and electricians.

“It made our family what it is.”