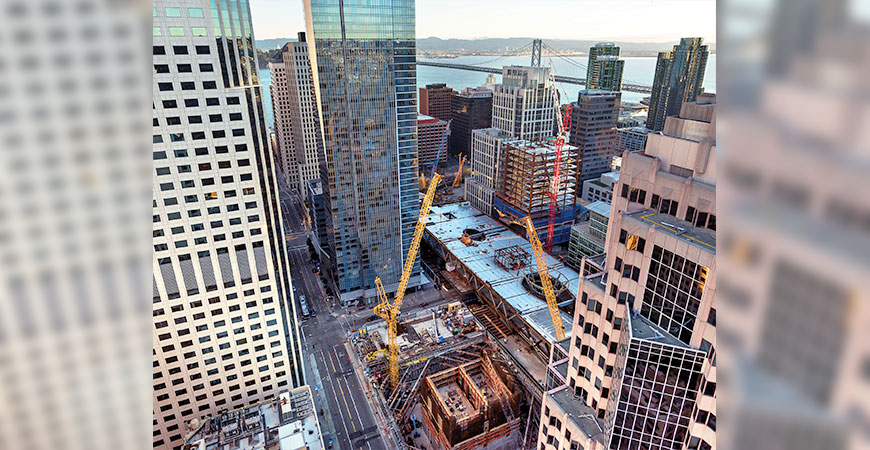 PLAs, Political Combat and a Commitment to Unity Fuels the Fight for Workers

As the San Francisco Building & Construction Trades Council Approaches its 125th anniversary in February, labor leaders reflect on what’s kept the council’s fight for the future of working tradespeople alive and thriving through many decades of political and economic change.

“We have always been providing high value on display,” said SFBCTC Secretary-Treasurer Rudy Gonzalez. “What that really means is that we’ve been promoting and serving as a backstop in this fight for economic equality, safety on the jobsite and workers. We’re working to secure a generation of work for people — and it’s not something new. We’ve had longstanding leadership who’ve seen the Building Trades adapt. There’s such a great history in San Francisco with major strikes and important legislation that has shaped where we are today. The Building Trades have come a long way in terms of diversity, industry technology, economic prosperity, and the highest standards for safety.”

A historical work, Barons of Labor: The San Francisco Building Trades and Union Power in the Progressive Era by Michael Kazin, chronicles the SFBCTC’s birth during the depression of the 1890s through World War I, and how it emerged as a force to be reckoned with from the jobsites to City Hall. Although a conservative shift in national politics in the 1920s subsequently curbed its influence, the Building Trades continued to ride the changing times into the early 2000s when the initial foundation for a Citywide Project Labor Agreement — to be achieved many years later — was set.

More recently, the post-Great Recession economic boom of the 2010s boded well for union tradespeople in a city that experienced unprecedented growth. However, the COVID-19 pandemic and the ensuing economic downturn is perhaps an even more illuminating backdrop to the SFBCTC’s dogged success in the face of adversity. When the crisis hit in early 2020, the council and union affiliates’ leadership sprung into action to maintain workers’ safety and joined private sector partners in lobbying government officials to ensure that construction remained “essential” and jobsites stayed open.

“The trades stick together on all the problems that we’ve encountered, and we tackle each problem together in a way where we’re all on the same page whether we’re dealing with the pandemic or dealing with a new mayor or new board of supervisors,” said SFBCTC President Larry Mazzola Jr. “The Building Trades has always been strong because the unions stay together and that’s the number one reason why we’ve been able to weather all the things that have been thrown at us over the years. We handle everything in a group and don’t have unions breaking off and going in opposite directions.”

Over the decades, the council has had a series of dedicated officers who dedicated their efforts to doing right by workers during the inevitable peaks and troughs in the economy. One such leader was Stan Smith Sr. who passed away in 2019, having served as Secretary-Treasurer for 25 years until his retirement in 2000. Former SFBCTC President Larry Mazzola Sr. recalled Smith as a leader who had a particular knack for instilling unity among the trades.

“In my 50 years in the labor movement, Stan was probably the most dedicated labor leader I ever met,” Mazzola Sr. had said. “He always stood up for the underdog and for working people. I am very proud to have worked with him.”

In addition to showing unflagging support to other officers and rank-and-file members, Smith spearheaded the Mission Bay Project Labor Agreement, which has secured decades worth of work for union members.

Dan Fross, IBEW Local 6 member and retired electrical inspector is also the founder of the non-profit Building Safety Alliance. Fross, whose family has been in IBEW Local 6 since its founding in 1890, himself began serving as a Building Trades delegate in the mid-1980s. Fross attributes much of the San Francisco unions’ success to a strong reputation that’s been earned over the decades.

“If you’ve looked at the statistics, you’ll see that even though our wages are high, our efficiency is great, and when we build in San Francisco, they know that it will be built right and come in on time,” said Fross.

According to Fross, an important milestone was achieved by Stan Warren, who served as Secretary-Treasurer beginning in 2000 until 2004 when he passed away from a brain tumor. Warren was able to secure project labor agreements with both San Francisco Community College and the San Francisco Unified School District, which Fross believes set in motion the work that ultimately led to the passing of the historic Citywide Project Labor Agreement in 2019. President Larry Mazzola Jr. and former Secretary-Treasurers Mike Theriault and Tim Paulson, as well as other SFBCTC officers, had worked to get that monumental piece of legislation through the finish line.

Although the SFBCTC has firmly rooted itself in the city’s fabric, it hasn’t been immune to the decline of unions in the nation as a whole. “There was a time when every restaurant was union and every bar had a union bartender,” said Fross. “San Francisco was that kind of place. Those days are done. The new workers here in the tech industry are not inclined; they are of a different mindset. The trades are strong here because we’ve been institutionalized here for so long.”

In addition to securing project labor agreements, Mazzola Sr. attributes the success of the Building Trades to a commitment to unity and the willingness of leaders to put pressure on politicians. “You have to get along with all the politicians enough to get things done, but you can’t just do everything the politician wants you to do. You have to hold up your end and say this is what we want to do,” said Mazzola Sr. “You need to gain their respect, and these guys do that.”

Although he lauded the council for staying unified and working out problems together, he cautioned against unions’ trend of not respecting jurisdictions and doing work of other trades. “It’s only been the past 25 years that unions try to split off and do each others’ work,” he said.