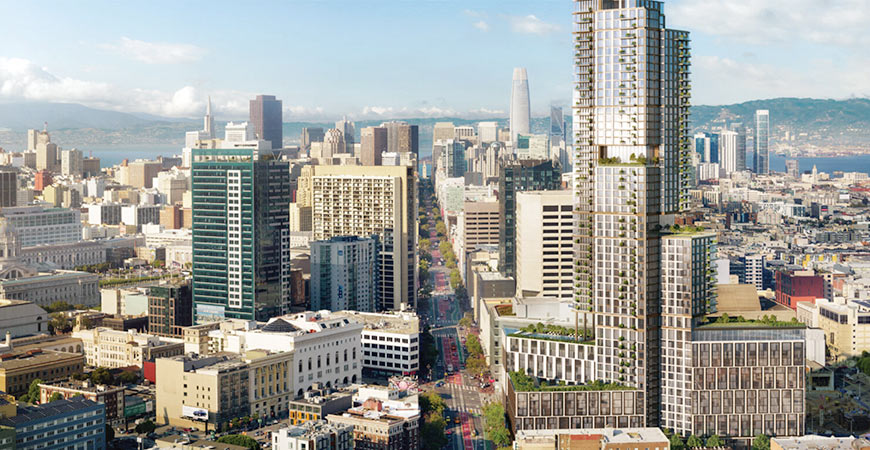 A proposed 966-unit project at 10 South Van Ness by developer Crescent Heights is being criticized over the lack of commitment to hiring union labor.

A proposed 966-unit project in the SoMa neighborhood has received support from the San Francisco Building and Construction Trades Council after the Council demanded and received a commitment to union labor from the developer.

The project developed by Crescent Heights at 10 South Van Ness Avenue had drawn an earlier rebuke from the SFBCTC before receiving assurances that the developer would use union contractors and subcontractors on the project.

“We are pleased that the developer and Council were able to come together to ensure union jobs for this much-needed project,” Paulson added.

The project at 10 Van Ness was before the Planning Commission seeking approval on five specific items: Adoption of CEQA Findings, Adoption of Shadow Findings, a Downtown Project Consideration, a Conditional Use Authorization and a Zoning Variance regarding a garage entry. All motions were approved unanimously.

The project site currently has a large two-story building built in 1927 that housed a Honda dealership for many decades as well as a historic dance hall on the second floor. The project, which features a 590 foot-tower would invigorate the surrounding area with cafes, restaurants and “active social spaces” creating an engaging public realm at the building’s base.

“The timing of the project is critical,” said Lucio Sanchez, field representative for Carpenters Local 22, during the May Planning Commission meeting. “We share in the goal of the city to produce more housing and more affordable housing. We fully support the EIR and the project moving forward to generate jobs, transform the corner of Market and South Van Ness, and provide a significant improvement that will help the people of San Francisco and support local business.”