Negotiations Kick Off for Parkmerced 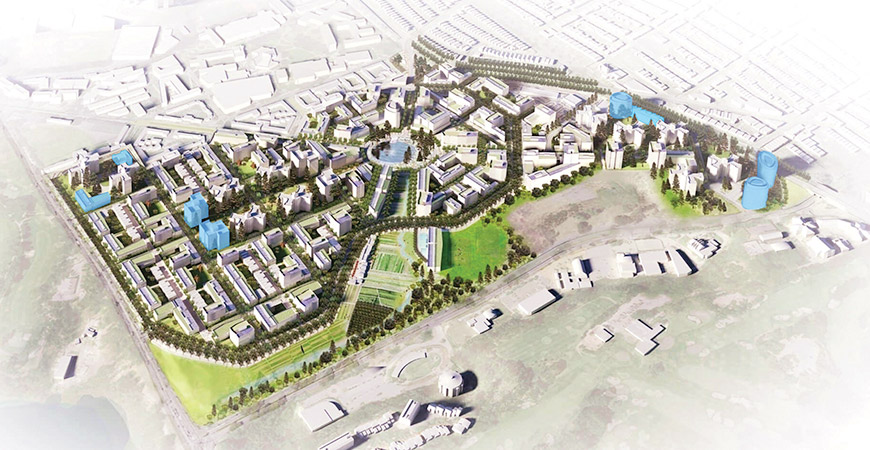 Negotiations between the Building Trades and the developer on the Parkmerced project will commence.

Mega-development Parkmerced is gearing up for construction on a 152-acre site in the city’s southwestern end. The project was approved in 2011 but years of delays have set back work on building the proposed 5,600 residential units, adding to the neighborhood’s existing 3,221-unit supply and tripling the housing density. Plans also indicate there will be 230,000 square feet of retail, 80,000 square feet of office, a grocery store, elementary school and 64,000 square feet of amenity spaces.

San Francisco Building & Construction Trades Council Secretary-Treasurer Tim Paulson will be meeting with the Principal of Maximus in mid-March to begin discussions regarding an agreement for construction labor.

“We’ve had years of difficult negotiations,” Paulson said. “We’re trying to secure work for our members covering thousands of jobs over the next 20 years.”

Paulson said he will also be meeting with the Building Trades General Council to discuss a pathway for continuing the negotiations.

In December Maximus announced that it recapitalized the project allowing for financing for Phase I, which would deliver about 2,000 new apartments. “We will now be able to build nearly 2,000 new homes in the next few years – a huge delivery of new housing at a time when San Francisco desperately needs it,” said Rob Rosania, Founder of Maximus.

Originally built between 1941 and 1951, the Parkmerced neighborhood has a mix of high-rise towers and townhomes. The project area is bounded by San Francisco State University, Brotherhood Way, Junipero Serra Boulevard and Lake Merced. Likely taking decades to fully deliver, the project will involve redeveloping the entire neighborhood structure to make it more walkable, bike-able and active with open space, streetscape improvements and amenities. Some of the amenities include a fitness center, community center, community gardens, recreation areas and neighborhood commons.

Mass transit improvements are planned, including realigning the existing Muni Metro M Ocean View line from 19th Avenue through Parkmerced. Plans are also in place to transform Gonzalez Drive into a neighborhood boulevard that connects Parkmerced to the surrounding area. Maximus is also focusing efforts on sustainability, working towards making the entire neighborhood carbon neutral through use of rooftop solar panels, onsite wind turbines, micro power grids on each block, and an air-source heat pump to utilize waste heat from commercial activities. There will also be a composting program and rainwater collection.

The neighborhood’s presence within the Lake Merced historic watershed is part of the impetus to push the project to the highest levels of environmental sustainability. City planners identified the project area as a “transition zone” between the city and natural realm, a feature that wasn’t capitalized when the area was originally built up during the middle of last century. The planning process has also paid a high level of attention to the mobility aspects, as Parkmerced has historically been relatively isolated from other western neighborhoods and the city as a whole due to a car-centric approach giving it a suburban feel. For this reason the project’s streetscape plan is designed to minimize the “travel lane dimension” and enhance the pedestrian scale. A BART shuttle, free transit rides and carshare pods scattered throughout are intended to help reduce personal vehicle use. The majority of vehicle parking will be below-grade to keep cars out of sight and encourage other forms of transportation.