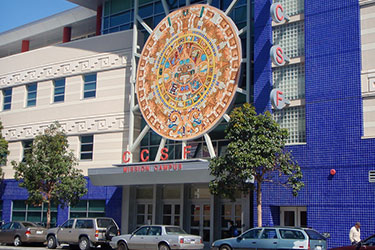 Prop A to Employ Hundreds of Building Trades Members

Last fall, City College of San Francisco’s Board of Trustees voted to add a measure to the upcoming March 3 municipal election ballot that could secure funding for much needed maintenance on the school’s campuses. If passed, Proposition A would secure $845 million to renovate dilapidated buildings as well as construct new ones. The work would include seismic retrofits, sustainability upgrades, infrastructure improvements and the construction of a Science Hall, Student Union and Campus Police Complex, among other buildings. The measure requires a 55 percent majority to be approved by voters. The extensive projects would employ hundreds of Building Trades members for work done under a recently negotiated project labor agreement signed at the end of 2019.

On March 3, San Francisco voters will decide on Proposition E, a ballot item that carries heavy weight in terms of the future of many union construction jobs. Sponsored by Todco, a nonprofit affordable housing management organization in the South of Market neighborhood, Prop E would restrict approvals on new office space if the city falls short on state-mandated affordable housing creation. If passed, the amount of new office space allowed would be reduced by the same percentage as the city’s shortfall in new affordable housing.

San Francisco Building & Construction Trades Council leadership has partnered with the San Francisco Chamber of Commerce to conduct outreach on a “No on E” campaign, as it’s feared that the measure will stop both job creation and the building of more affordable housing.

“As far as the Building Trades is concerned this will affect our members for the next 15 years,” said SFBCTC President Larry Mazzola, Jr. “You can’t solve the housing shortage by stopping job growth. It’s a bad idea, that if passed will stop work and won’t be good for our members, apprenticeship programs or the economy in general. We’re trying to help local workers, but if there are no jobs, we can’t get them in.”

SFBCTC met with the Chamber of Commerce and other business leaders a couple of weeks ago to get the “No on E” campaign kickstarted. The BOS is currently split on the measure with Supervisor Catherine Stephani a key opponent of Prop E. Mayor London Breed and State Senator Scott Wiener are also against it.

Mazzola Jr. said that the measure’s outcome all hinges on getting the message out that it’s bad for the city and bad for the economy. “We need to build more housing and create more jobs, not do the opposite,” he said.

“Prop E comes from a sentiment of wanting to keep San Francisco in a state of stasis,” Cheng added. “Backers want to stop construction outright—offices and housing. This doesn’t solve any of San Francisco’s problems.”

The Building Trades supported the Jobs Housing Linkage Fee approved by the Board of Supervisors last fall. The legislation, proposed by Supervisor Matt Haney, increases fees paid by developers of commercial projects toward the building of affordable housing, which had been set at $28.57 per square foot since 1997. Following negotiations, the fees were increased to $52.20 for projects approved before September 10 and $60.90 for projects submitted between September 11 and 2021. After January 1, 2021, the fee will be $69.60. It’s estimated that the fee increase will yield $400 million for affordable housing over the next decade.