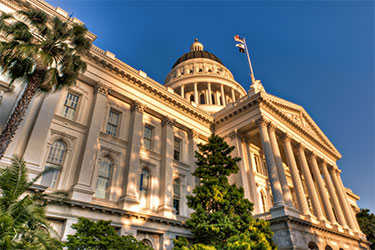 The California State Senate passed the landmark Assembly Bill 5 on September 10 on a 29 – 11 vote. Both Bay Area State Senators Jerry Hill and Scott Wiener voted for the legislation that ensures workers misclassified as independent contractors will receive the basic protections as employees as outlined in the Dynamex case. The bill authored by Assemblymember Lorena Gonzalez codifies last year’s landmark state supreme court ruling in the case which ruled that contract drivers working for the delivery firm Dynamex were improperly classified as independent contractors. The case set a standard for how workers should be classified as employees; AB expands on the ruling. The bill passed the State Assembly by a wide margin in May, and after a series of amendments, passed the Senate Committee on Labor, Public Employment and Retirement in July and the Senate Appropriations Committee at the end of August.

Governor Gavin Newsom signaled he would sign the bill, writing in an opinion piece in the Sacramento Bee on Labor Day that, “Reversing the trend of misclassification is a necessary and important step to improve the lives of working people. That’s why, this Labor Day, I am proud to be supporting Assembly Bill 5, which extends critical labor protections to more workers by curbing misclassification.”

The legislation will affect at least one million workers in the state who are misclassified as independent contractors without access to basic protections they should have as employees such as a guaranteed minimum wage, workers compensation and unemployment insurance.

“By approving AB 5, the California legislature solidified our state’s position as the national leader on workplace rights, setting the standard for the rest of the country to follow,” California Labor Federation Executive Secretary-Treasurer Art Pulaski said. “The misclassification of workers creates a corrosive effect that ripples through our entire economy, undermining our laws to protect and support working people. AB 5 is a powerful counter to the corporate greed and rampant exploitation that is driving inequality across our state in emerging and traditional industries, alike. This historic victory clears the way for the bill to become law, setting workers and their families on a path to a better future and ending abuses that are all-too-common.”

The California Labor Federation, State Building Trades Council, and San Francisco Labor Council, and San Francisco Building and Construction Trades Council had mobilized hundreds of union members to rally at the State Capitol several times over the past six months to advocate for AB 5. Union members were joined in Sacramento by hundreds of drivers from Lyft and Uber who have organized as Gig Workers Rising and the Mobile Workers Alliance to rally for the bill and the protections it would afford them. By classifying their drivers as independent contractors, the companies are exempt from paying minimum wages, workers compensation, and state and local payroll taxes—costing the state as much as $8 billion annually.

“From the beginning, working people drove the campaign to pass AB 5,” said Pulaski. “They are demanding real change, which includes a strong, worker-led union on the job. They’ve led this fight every step of the way, ensuring the legislature heard the voices of real people to counter the army of high-priced lobbyists enlisted by big corporations. We’re proud to stand with them to ensure the bill is signed, implemented and enforced, and that they get the union on the job they’ve been clear they need.” Pulaski thanked Assemblymember Gonzalez “for her tireless, unwavering support of working people by shepherding this bill to passage. We hope AB 5 sparks state houses and Congress to follow California’s lead by protecting millions of workers from being cheated out of fundamental rights we all deserve.”

AB5 received national attention, with presidential candidates Senators Bernie Sanders, Kamala Harris, and Elizabeth Warren expressing support for the bill. “AB 5 is effective because it is straightforward and simple: It makes full ‘employee’ status the default under state law, which will automatically protect millions of workers,” Warren wrote in a Sacramento Bee op-ed August 14. David Weil, a former Obama administration Labor Department official, said AB5 could set a new bar for worker protections as business owners will be forced to rethink their reliance on contractors. “It will have major reverberations around the country,” he said.

As the Senate Appropriations Committee was set to vote August 29, California State Building and Construction Trades Council President Robbie Hunter noted that, “Gig companies want to expand and legitimize the abuse of gig workers as independent contractors by pushing legislation that dismantles the foundation of employment laws protecting working class families. The Legislature should firmly reject any gig carve out proposal that disguises their exploitative business model and threatens the social safely net of every worker in California. Since the Dynamex decision came down, the gig economy corporations have been desperately lobbying lawmakers for an exemption from basic workers’ rights in order to continue the exploitation of their employees.”

Some so-called “ride sharing” drivers rallied to oppose the bill, along with groups of truck drivers, claiming that classifying them as employees would undermine their flexibility. Uber and Lyft also proposed an alternative bill to AB 5 that would have enabled them to keep misclassifying drivers. The companies acknowledged in an op-ed in June that “a change to the employment classification of ride-share drivers would pose a risk to our businesses.”

California Labor Federation communications director Steve Smith said that the executives at Uber and Lyft were “using this argument of flexibility to scare drivers,” and that, “Flexibility is entirely up to the employer, it has absolutely nothing to do with employee classification.” Smith pointed out that the companies which “have built entire business models around cheating workers out of basic protections, are trying to bully the legislature by threatening a ballot measure if they don’t get exempted from AB 5 and Dynamex.”

As the bill moved through the state legislature towards its inevitable passage, Uber, Lyft and DoorDash announced they would spend $90 million to fund a ballot measure for the November 2020 ballot to overturn AB5. Labor Federation Executive Secretary-Treasurer Art Pulaski said, “This announcement lays bare the real motivation of multi-billion dollar gig companies. They never cared about their drivers or workers. The only thing they care about is their bottom line and making their executives even richer than they already are. If they think this show of big money scares working people, they obviously don’t know California unions very well.” Pulaski vowed that organized labor will “fight tooth-and-nail to hold gig corporations accountable to the law. The California labor movement is unified in opposing this cynical measure. We will meet the gig companies’ absurd political spending with a vigorous worker-led campaign to defeat this measure to ensure working people have the basic job protections and the right to organize a union they deserve under the law.”

Assemblymember Gonzalez responded to the threat, with a statement: “Billionaires who say they can’t pay minimum wages to their workers say they will spend tens of millions to avoid labor laws. Just pay your damn workers!”

Los Angeles Times Business Columnist Michael Hiltzik noted September 3 that, while Uber claims its goal is to put the needs of drivers “first and foremost, and provide leadership with a new model for workers,” Uber and Lyft have given $60 million to Californians for Innovation and Opportunity, a group headed by Thomas W. Hiltachk—”the go-to lawyer for Republican and conservative initiative campaigns, including Proposition 32 of 2012, which was a thinly-disguised attack on unions and their members.” Prop 32 would have banned political contributions by unions.

In the months since the bill passed the state Assembly, the California Labor Federation engaged in discussions with various businesses, the Chamber of Commerce, and Assemblymember Gonzalez to address concerns of workers who are truly independent contractors because they set their own prices and negotiate directly with their clients. A number of carve outs or exemptions were included in the final bill to exempt insurance agents, realtors, emergency room doctors, freelance writers and photographers, grant writers, marketing consultants, hairstylists, commercial fishermen, travel agents and graphic designers, and a few other jobs.