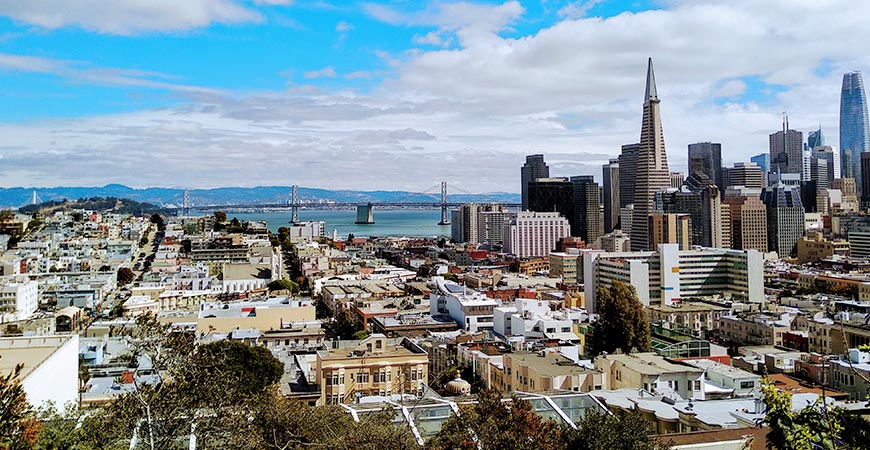 $600 million bond would finance construction of 2,000 units of affordable housing

The San Francisco Building and Construction Trades Council (SFBCTC) has agreed to support Mayor London Breed’s $600 million bond measure to fund affordable housing construction that will be on the November 2019 ballot. The Building Trades reached an agreement with Mayor Breed and City leaders after meetings led by SFBCTC President Larry Mazzola, Jr. and Secretary-Treasurer Tim Paulson.

“We have met with Mayor Breed and her team, and have assurances of Labor protections in the Bond that will ensure building trades workers will be well represented on these projects.” Mazzola said. “Work on the previous housing bond in 2015 was done with 98 percent union building trades workers, and the goal is that this bond will be no different.” The $310 million affordable housing bond passed in 2015 with support of the SFBCTC.

San Francisco Mayor London Breed and Board of Supervisors President Norman Yee introduced a measure in early May to place a $500 million affordable housing bond on the November 2019 ballot. In late May, the City Controller announced that the City’s debt capacity had increased by $100 million — making it possible to raise the bond to $600 million. If passed, the bond would fund the creation, preservation and rehabilitation of affordable housing in San Francisco.

The City initially contended that construction projects funded by the bond would not be covered by the city-wide project labor agreement between the City and the Building Trades. The PLA legislation signed earlier this year requires that the City Administrator negotiate with the relevant trade councils, craft and labor unions, and sign a PLA on behalf of the City by September of this year, though the time to reach a deal could be extended until December 1. The PLA would cover construction and remodeling of City buildings including fire and police stations, libraries, hospitals and other infrastructure. Details of the citywide PLA that will be negotiated and finalized, will cover issues such as the number of core craft workers, percentages of apprentices and local hires, and the make up of any labor-management oversight committee to deal with issues and potential disputes.

“The City has resumed bargaining with the Trades to finalize the City Wide PLA language, and has assured us that this will happen before the deadline in the Ordinance,” Mazzola said. “The Building Trades Council has agreed to back this much needed housing bond.”

Mazzola pointed out that the City agreed to use the State Apprenticeship standard language relating to use of a “skilled and trained workforce” that ensures a trained workforce for the projects funded by the bond. “We are extremely grateful that Mayor Breed has recognized the importance of protecting the workers who will build this essential housing for our City,” Mazzola said.

In a May 24 statement, Mayor Breed talked about the importance of funding and building more affordable housing. “Too many of our residents are struggling with housing affordability in our increasingly expensive city,” Mayor Breed said. “Together we convened the Affordable Housing Bond Working Group with the goal of crafting the largest Affordable Housing Bond possible that does not raise property taxes or take away from other emergency services, transportation, or recreational needs in our Capital Plan. Today we take another step towards achieving that goal by adding an additional $100 million to our now $600 million Affordable Housing Bond — the largest in our city’s history.

“This Affordable Housing Bond will fund the rehabilitation and creation of thousands of units of affordable housing for San Franciscans, including our public housing residents, people exiting homelessness, seniors, working families, and middle-income households,” Breed continued. “Whether you are a senior or veteran living on a fixed income, service worker earning less than $30,000 a year, tenant in a rent controlled building, public school teacher, or middle-income family of four earning $170,000 per year, this Affordable Housing Bond will provide critical resources to support affordable housing options for you.”

Board President Norman Yee said, “I am excited to see an additional $100 million increase to the Bond. Without raising any taxes, we are able to present a historic investment to build and to preserve more affordable housing units across San Francisco. For the first time, we are also dedicating funding to expand housing options for fixed-income seniors who are vulnerable to homelessness. From revitalizing public housing for our lowest-income residents to providing more support for middle-income families, we believe this bond will make a real difference in the lives of residents struggling to keep San Francisco their home. I look forward to collaborating with Board colleagues and community stakeholders to send the strongest Bond possible to the voters for their support.”

A press release from the Mayor’s office notes that funding from the Bond would finance construction of 2,000 units of affordable housing over the next four years. It would expand the pipeline for new housing projects, especially for 100 percent affordable supportive housing projects, and benefit vulnerable residents — including seniors, formerly homeless individuals, veterans and families.

“We are in a housing crisis that is pushing out our low- and middle-income residents. We desperately need more affordable housing, which is why this funding is so important,” said Mayor Breed. “Along with my efforts to streamline the process to get this housing built, this Bond will allow us to create more affordable homes for seniors, continue rebuilding our public housing throughout the City, begin construction on projects for low-income residents that are ready to be built today, and keep current tenants housed.”

The Working Group convened by Breed and Yee that included developers, community activists and affordable housing advocates, made recommendations for how the Bond funds would be used. It called for $150 million to be used to repair and rebuild distressed public housing and its underlying infrastructure and $210 million to complete the construction, acquisition, and rehabilitation of permanently affordable, shovel-ready rental projects that will begin construction within four years. (These projects would serve individuals and families earning from zero to 80 percent of the Area Median Income (AMI). Additionally, approximately $30 million would go towards acquisition and rehabilitation of rental housing at risk of losing affordability — to help low to middle-income households earning between 30 and 120 percent of AMI stay in their affordable apartments. Another $20 million would fund the creation of new affordable housing opportunities for households earning between 80 and 175 percent of AMI, as well as down payment assistance loans for edcuators, and the purchase of buildings or lands for new affordable construction. The bond would earmark $90 million for new construction and acquisition of affordable senior rental housing.

The bond measures requires a two-thirds super-majority to pass.