SFBCTC Endorses Candidates for Board of Supervisors 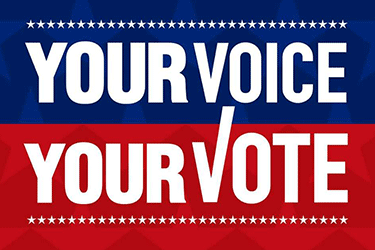 The San Francisco Building Trades Council has endorsed candidates for Board of Supervisors in the November 6 general election, based on their support for labor unions and building trades priorities. Building Trades Council delegates conducted candidate interviews in August. In two districts, the SFBCTC made sole endorsements; in the other three, more than one candidate was endorsed, ranked as the first, second or third choices. Under the city’s ranked choice voting system, voters can rank their three preferred candidates. If no candidate receives a majority of votes as the number one choice, their second and third place votes for candidates with less first place votes are transferred and added until one receives the 50 percent plus one majority.

Supervisor Mark Farrell appointed his aide Catherine Stefani to the Board in January after he was chosen Interim Mayor by the Board. Stefani previously worked as an aide to District 2 Supervisor Michela Alioto-Pier. As a legislative aide, she was a member of IFPTE Local 21. She was appointed a county clerk for San Francisco County in 2016.

In her candidate questionnaire, Stefani said her top priorities include addressing the homeless crisis, improving public safety, maintaining a strong local economy and enhancing quality of life. Stefani has advocated for a City-wide project labor agreement (authored by former District 2 Supervisor Farrell) and said, “I am supportive of a minimum compensation ordinance that keeps up with the ever-growing cost of living in the City. As Supervisor, I have worked to make sure that labor has a seat at the table. It’s critical to the future of the City that our workers are paid a living wage, and I will continue to advocate for workers as a member of the Budget and Finance Committee.”

Stefani said she supports funding and expanding shop classes in public schools. “For the future of the City, it’s critical that we invest in early technical education and pre-apprenticeship programs,” she said, adding that, “We need to increase the production of middle-income housing, and make sure that more units are available to teachers.”

To increase the City’s stock of middle-income housing, Stefani said she “will continue to push toward Mayor Ed Lee’s goal of creating 5,000 units of housing per year, and continue to work with neighborhood and labor leaders to ensure that development projects advance without delay.” She said inclusionary zoning policy should achieve its goal of “maximizing the number of subsidized middle-income units we’re creating. It’s critical that our inclusionary housing percentages are calculated to create the maximum number of affordable units without killing development, and that we continue to build middle-income housing for our workers, whom we rely on for their contributions to San Francisco.”

Nick Josefowitz is a member of the BART Board of Directors, where he helped enact a Project Labor Agreement “to make sure that those building BART get the wages, benefits, and working conditions that will allow them to build a family here in the Bay Area,” he said. “We need to transform our transportation system. I would be the strongest champion on the Board of Supervisors for extending the Central Subway to Fisherman’s Wharf, extending the E/F Line to Ft Mason, and starting work on a subway down Geary and a Second Transbay Rail Crossing.”

Josefowitz said, if elected, he would immediately begin working toward creating 3,000 additional homeless shelter beds. “While we continue to struggle to house everyone who is experiencing homelessness in the City, the least we can do is provide them with shelter,” he said.

As a community leader and labor organizer for over 25 years in San Francisco, Mar said he has “actively supported organized labor by walking dozens of picket lines, getting arrested in civil disobedience actions and organizing delegations of community and faith leaders to meet with employers in support of union organizing and contract campaigns.” He served as Co-Chair of 2003 SF Minimum Wage Campaign (Prop L) and worked with the San Francisco Labor Council, to develop and pass the 2014 SF Retail Workers Bill of Rights – which promotes full-time employment, fair work schedules and job security for retail, restaurant and service workers and has served as a model nationally. Mar was also a leader in the community labor coalition campaign to save City College of SF from accreditation crisis and make it tuition-free for all San Francisco residents. He has endorsed the citywide Project Labor Agreement legislation.

SF School Board President Matt Haney won the sole endorsement of the Building Trades in District 6, where three candidates are running to replace termed-out Supervisor Jane Kim, who also has endorsed Haney.

“Running to represent the district with the most development, I will be a pro-growth, pro-housing Supervisor, but I will not allow developers to throw labor or workers under the bus,” Haney said. “We will build, but we will not allow standards to be reduced or corners to be cut.” Haney said his priorities are building housing, addressing homelessness, and protecting public safety. To build more affordable housing, Haney said as a Supervisor, “I’m committed to work tirelessly to find sites, make deals, and bring in funding to actually build the thousands of units of affordable housing my community needs. We can do this, but only if we’re willing to move past the toxic infighting and get to work.”

As President of the Board of Education, Haney led initiatives to build affordable housing for teachers and protect them from evictions, launch a new school in Mission Bay, secure housing and expand services for homeless students, and ensure all our kids have access to computer science and technology education. Haney supported the Project Labor Agreement for SFUSD projects as a School Board Member and advocated reducing the minimum threshold. He helped fund and launch the construction shop classes and building trades internship program for SFUSD students at John O’Connell High School, and worked with Building Trades leadership to integrate the multi-craft core curriculum standards and promote apprenticeship opportunities. He supports a citywide PLA.

A former member of the San Francisco City College Board of Trustees, Rafael Mandelman defeated appointed Supervisor Jeff Sheehy in the June election primary to complete his term. He faces one challenger in the November 6 contest for a new term beginning in January.

Mandelman is an urban development attorney who has worked for the last 17 years to build affordable housing, revitalize commercial districts and make more livable neighborhoods in the Bay Area. He said he is running to “bring practical, real world experience to the Board, cut through the ideology and pessimism, and bring big solutions to the problems facing San Francisco.” As a CCSF Trustee, he helped steer CCSF through its accreditation crisis and make City College free for San Francisco residents. He said he wants to bring his experience to the Board of Supervisors, and “be the dedicated, hard-working representative that District 8 deserves.”

Six candidates are competing in District 10, where Supervisor Malia Cohen is termed out. Shamann Walton is the Executive Director of Young Community Developers (YCD), a non-profit in Bayview-Hunters Point, where he led efforts to establish job training, career placement, and rental assistance services for residents. He said he is proud that YCD has placed thousands of District 10 residents in construction jobs and building trades unions.

Walton serves as president of the School Board, where he advocated for pay raises for teachers and support staff, and fought for resources to restore shop classes that can provide a career pathway to living wage jobs for students. He supported the PLA for SFUSD projects as a way to ensure residents have opportunities for good paying union jobs. He said as a Supervisor, “I will be laser focused on making sure the current PLA ordinance introduced by former Supervisor Mark Farrell passes.” Walton said he would expand the City-wide PLA “across all industries in San Francisco so that our residents can continue to stay and thrive in this City.”

Theodore Ellington is a Commissioner on the Office of Community Investment & Infrastructure Board, and former Human Rights Commissioner. His priorities are creating affordable homes for every San Franciscan, addressing the needs of the district’s homeless families, and making streets safe and clean. Ellington said that during his time at the Office of Community Investment and Infrastructure he “carried through the community benefits agreements previously negotiated by the SF Labor Council and community members that called for affordable housing, workforce development, and mandatory local-hire.”

Ellington said as Supervisor, he would “push the agenda for worker’s rights, including continuing the fight for a living wage, pushing to expand local-hire to existing and new industries, training and direct pipeline for good paying union jobs, and fight aggressively to build more workforce housing so that San Francisco can be made affordable to all of San Francisco.”