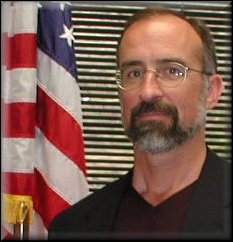 Mike has been a member of the Ironworkers Union since 1985. He was appointed as Business Representative with his Local in 2001 to fill out the unexpired term of retiring Randy Oyler. He was elected in his own right to a second term in 2003. Mike has been an active participant in the Business Agents meetings for the last several years. He has worked with Stan Warren and Larry Mazzola in support of union issues at San Francisco City Hall. He has spent long evenings speaking in support of union projects at the City Planning Commission, The Board of Supervisors, The San Francisco Unified School District and the San Francisco City College Board to name a few.

The Sierra Club’s Threats to the Environment

In sponsoring Proposition B, the “Voter Approval for Waterfront Development Height Increases” initiative on this June’s ballot, the San Francisco Bay chapter of the Sierra Club has betrayed its mission and created new threats to the environment.

Reg Theriault died last month. San Francisco workers – workers everywhere – lost someone who wrote about them with knowledge, affection, and honesty. I met Reg in about 1991. I had read his Longshoring on the San Francisco Waterfront, a book bound plainly in yellow heavy stock and small enough for a shirt pocket. Then I found myself welding a moment frame in a street-level shop in the hotel across from the Longshoremen’s hall near Fisherman’s Wharf, and decided at break to go over and see if anyone knew this other Theriault.

The Ballot and Building

In our democratic system, we commonly accept that a fair disposition of certain complex issues is not the province of voters. We entrust justice, for example, to jurors who hear detailed evidence presented under strict rules and arguments for and against a position, who are obliged to sit and listen with no option to switch off the evidence or arguments, and who must then compare their conclusions with those of other jurors until they either reach a joint decision or declare that they are unable to decide. We who are not serving on a jury might have a strong opinion about a very public trial, but none of us would ever entrust justice to our fellow voters in an open election.

Fighting against Evictions, for Our Pensions

This month’s Organized Labor reports on two projects financed by our pension money. 299 Fremont, a 32-story, 409-unit residential project, will have funding from the Multi-Employer Property Trust. 1400 Mission, 15 stories and 190 units of affordable housing for the Tenderloin Neighborhood Development Corporation, will have it from Ullico.