In my column of July 2016, "The Hidden Costs of Modular Construction," I described a presentation in which San Francisco Department of Building Inspection staffers told the Building Inspection Commission that modular construction units were subject to California state building codes but not to more stringent San Francisco codes. The Department's inspectors said they couldn't even "look inside the box," but were restricted to inspecting the exteriors of units, their external connections, and such elements as foundations, corridors, cladding, and roofs.

Some in our Council disagree with this opinion and have made a case for the applicability of City code, but for now our City inspectors will not step inside modular units.

As I noted also in that column, San Francisco may be almost unique among cities in this country in being comprised largely of tightly-packed wood frame buildings in a very active seismic zone. It is a city much of which has burned more than once in its history. Our codes are stringent for good reason.

The staffers also reported that any remodel or repair work in modular units that revealed building elements not up to City code would trigger its application, at possibly considerable expense to the then-owner.

This is not at all a radical notion. Food comes with volumes of consumer information – ingredients, calories, nutrients, their percentage of daily recommended values. Appliances carry energy ratings. Detergents are labeled safe for septic tanks or not. Chemicals that might pose any hazard are assigned material safety data sheets.

We can read this information and decide to buy or not buy.

Just so, anyone who is considering buying, renting, or (in the case of a hotel, timeshare, or a homestay like Airbnb) being a paying guest in a modular unit that has not been built according to City code or inspected by an inspector from the City's Department of Building Inspection (let's call it a "code-deficient unit") should be informed that this is the case. The City when it is not itself providing funds for the purchase might not be able to require application of its code and use of its inspectors for construction of modular units, but it can certainly require that consumers be adequately informed. This sort of knowledge is a basic consumer right.

To be real, a consumer rights requirement for code-deficient modular construction must have verification and enforcement mechanisms.

To start with, anyone selling or renting out a code-deficient modular unit should be obliged to obtain signed verification in a legally-specified format from any buyer, tenant, or paying guest. To stop gaming of the requirement, this signed verification should in turn become part of the permanent record of the property by attachment to the deed in the City Assessor's office.

Some penalty for failure to comply would also be needed. The City could establish legal penalties for failure to obtain the verification, but it can and should also provide rights of civil action for any buyer, tenant, or guest who finds that he or she has not been asked to sign a verification form he or she is due.

As many consumers may not be aware that their rights under such a requirement have been violated until after they have expended many financial resources, and maybe not even until they have bankrupted themselves in dealing with repairs they would not have known to anticipate, nonprofit organizations that serve as watchdogs for them should be empowered to take civil action on behalf of buyers, tenants, or guests in code-deficient modular units.

Penalties should be substantial, at minimum a refund of all purchase price or rent paid, all expenses for repairs or code-required upgrades, and all attorney and legal fees in a successful civil action, but possibly also interest on some or all of these and designated punitive amounts.

Developers contemplating use of modular construction should have no complaint about these requirements. It is always in their power to demand that a modular manufacturer provide units that are not code-deficient, but meet City code and are inspected by Department of Building Inspection inspectors. If this means some additional expense in materials or in bringing City inspectors to manufacturing facilities, so be it. The developer would always have an alternative: Get the signed verification from the consumer and file it with the Assessor's office.

The City itself, in contemplating the use of modular construction for homeless housing in Block 9 at Mission Bay and at Seventh and Mission Streets, should set the example in this. It can and absolutely should require that its modules meet its own code and are inspected inside and out by its own inspectors.

The homeless are no less than the rest of us, and they deserve as much respect as consumers of construction products as anyone in Seacliff or a Rincon Hill penthouse. 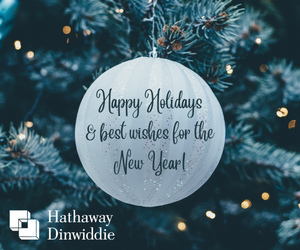