As most of us know, Stan Smith, former Secretary-Treasurer of the San Francisco Building and Construction Trades Council, passed away recently at the age of 89. We will be featuring a more extensive article in the new year celebrating Stan’s life, but I wanted to shortly reflect how Stan affected my early career as a building trades officer and business representative.

Stan held the position I now hold for almost 25 years and presided over the early days of Project Labor Agreements and was instrumental in opening up the area on the eastern bayfront of San Francisco in the neighborhood now known as Mission Bay. 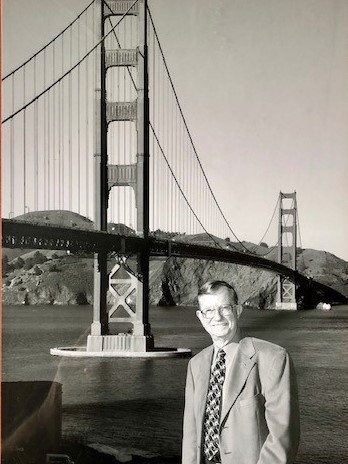 When I was first elected as a business representative for Tilelayers Local 19 in 1990, Stan Smith took this young punk under his wing. He would take me to lunch at the hot shot building trades restaurants of the day such as Bruno’s on Mission Street and the Deer Inn on Folsom, that little hole-in-the-wall bar that served a different lunch every day: salad, pasta and some fresh roasted meat. A lot of work and comradery took place at those lunches.

Stan brought me to my first Moose Feed Luncheon; and he paged me when I was checking jobs in Marin County to invite me to the inauguration of then Mayor Frank Jordan.
Stan Smith was the face of the Building Trades in San Francisco, a real fighter and a true trade unionist. You will be missed.

I want to conclude by wishing everyone a Happy Holidays and a wonderful 2020!