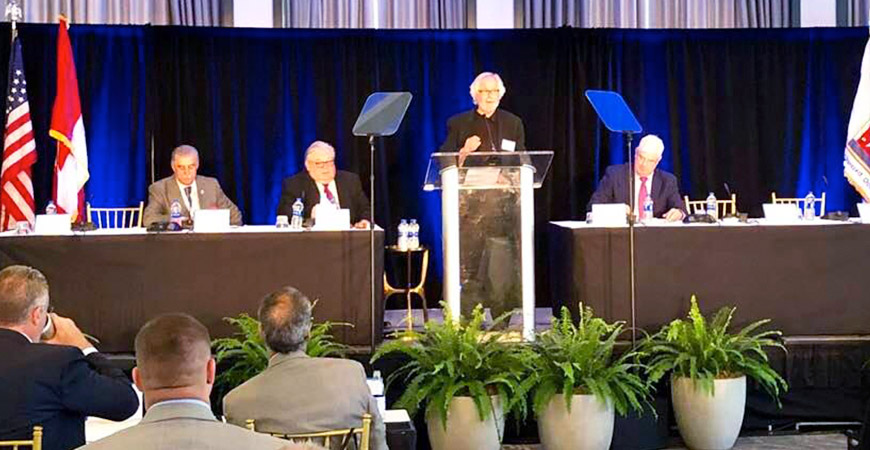 Last week I was honored to speak at the Executive Board of the Bricklayers and Allied Craftworkers International Union at the St. Francis Hotel at San Francisco Union Square.

I was introduced by President Jim Boland who is from BAC Local 3 California, my union. Brother Boland and I walked and policed jobs many years ago when we were officers of that local.

And now that I am working as Secretary Treasurer of the San Francisco Building and Construction Trades Council after leaving the labor council - this convening made me feel like I was “back home.”

I was asked to review the political, economic, housing and general overview of what is happening in San Francisco and Northern California. I will share a few of those remarks.

We still are experiencing a major construction boom despite everyone being cautious of Wall Street and everything else that pessimists try to suggest. We are negotiating or initiating at least 10 PLA’s and most of them are already funded even if they haven’t hurdled the regulatory and planning processes.

We are still, like other municipalities, negotiating a City wide PLA document – even after passing the historic legislation with major business and city department logjams.

In Sacramento, Assembly Bill 5, authored by my former CLC colleague, Lorena Gonzalez, Assembly member from San Diego, is going to be the most historic bill to stop misclassification of “independent contractors.” The governor, Gavin Newson, the former mayor of this great City. just wrote an Op-Ed in the Sacramento Bee that he would sign it when it passes the Senate next week.

I want to remind everyone that we are blessed that Speaker Nancy Pelosi is from this beautiful City. President Boland reiterated those remarks in his gracious introduction but I took a slight pause because I had just returned from Paris two days before.

I informed my BAC brothers and sisters that because of the labor movement’s hard work that we have Democratic majorities in both houses in Sacramento and all constitutional officers. This is why San Francisco and California are defined not just by Hollywood and Silicon Valley. We are defined by working men and women and the unions they have organized.

On housing: Most of the affordable housing in San Francisco is built union and we still don’t have enough. I am informed the national BAC leaders that they will see people sleeping on the streets and that the lack of housing is the biggest factor. The lack of mental health and addiction care is a close second. The federal government in the Reagan era ramped up the funding cuts that abandoned people in need.

In San Francisco we have expanded collective bargaining into legislation and Fiscal Policy. We have raised the floor by passing the first $15 minimum wage, sick days, the health care security ordinance that Nancy Pelosi brought as the template for the Affordable Care Ordinance, and maternity leave. I also sit on the advisory council of the Federal Reserve Bank to monitor discussions about interest rates and employment. Monetary Policy.

On 2020: If anyone doesn’t think that cleaning the White House of Donald Trump shouldn’t be a prime priority then I believe we won’t be doing our job. He is anti-union, anti-immigrant, and cares only for the business community and the rich. This is wrong.

Last comment: My friend, Tom Steyer, now running for president, has been obsessed with impeachment. Despite that gut feeling to impeach that guy, I feel it will only be a distraction. Trump will make himself a martyr and distract America from the issues of workers rights, immigrant rights and justice.