Remembering 9/11 and Beating Back a Nasty Recall Attempt: Labor Does Its Part 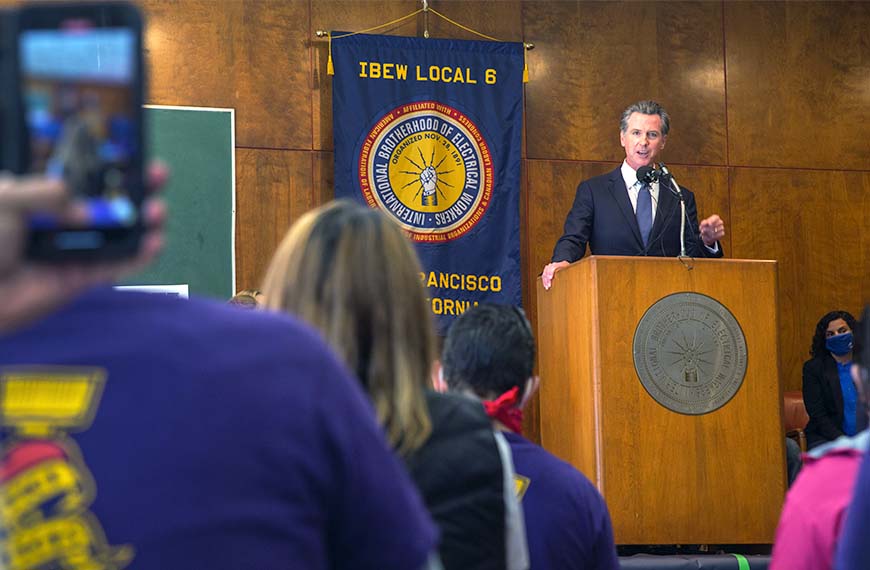 The 20-year commemoration of the 9/11 attacks has come and gone in the national news cycle. But for so many survivors of that tragic day in American history — and their family members and friends, as well as the friends and family of the 2,996 people who died during the attacks — 9/11 is much more than an occasion to relive through news packages and op-ed columns once yearly.

It’s something they relive daily.

They’re the people to keep in mind when we think about what it truly means to honor the victims and to care for the survivors and surviving families of such events. Many of them were Building Trades members, and survivors include their families and their communities, which were robbed of their presence.

And then there are the scores of soldiers who fought in the multiple wars that resulted from 9/11, as well as their families and friends.

As a society, there is no question that we owe a debt of gratitude to all of the aforementioned people. But gratitude is merely a sentiment, and we owe them much more than sentiments. They deserve healthcare. They deserve living wages. They deserve the security that comes with a union card in their pocket.

Through the national nonprofit Helmets to Hardhats (H2H) program, those of us in Building Trades across the country are able to do our part, in some way, for soldiers. If you’re not familiar with the program, H2H is designed for military service members, veterans, National Guard members, and reservists who are transitioning away from active duty. H2H connects them with skilled training and quality career opportunities in the construction industry.

These people are capable, committed workers. They come from all walks of life. Many have been though war, either on the front lines or in a support role. And we at the SF Building Trades are proud that we’re able to provide them with a well-deserved union membership — and the healthcare, good wages, and solid retirements that come along with union membership.

Thanks to Labor, California Said No

Good news, folks: We won the recall. It’s a good thing we did, too, given that it was ours to defend.

This was pure political gamesmanship funded by the most reactionary elements of the modern American right-wing — anti-union, anti-worker, anti-immigrant, and often quite wealthy thugs who gleefully threw wads of cash into attacking our governor. If they had won, you can be sure they would have set to work right away stripping California’s particularly strong labor movement of as many of its hard-won gains as possible.

Yet, thanks to that strength of which they’re so contemptuous, we prevailed. This is due in no small part to all of your votes, your precinct-walking, your phone-banking, your counter-protesting — your political engagement. You got the word out. You made this happen.

So, kudos to all of you. Labor won big in this one, and that’s thanks to our awesome membership.

Our role in this victory is not lost on our governor. Gavin Newsom is well-aware of the hard work we put into keeping him in the seat. After all, he spent the early afternoon on the day of his recall at IBEW 6 headquarters at 55 Fillmore.

We believe he will remember our efforts.