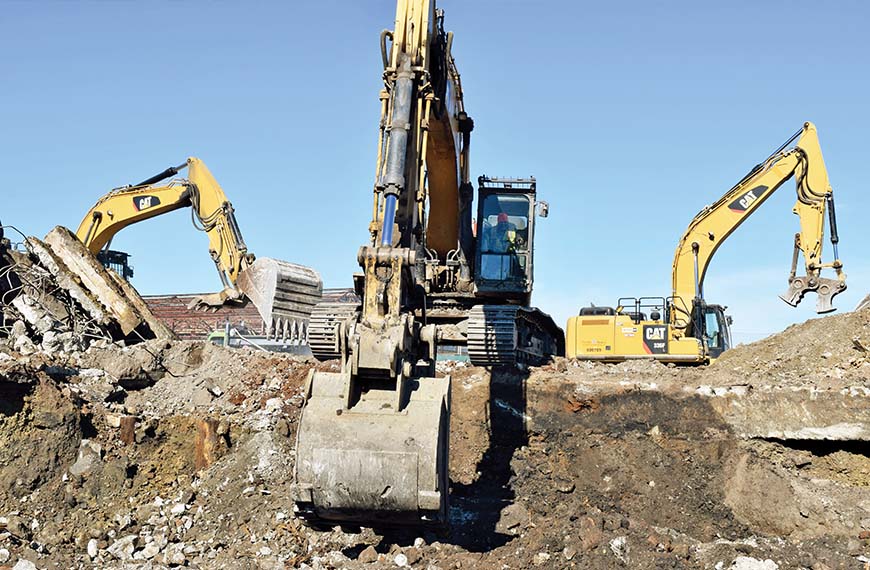 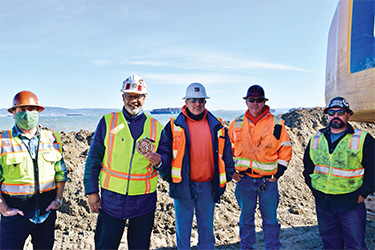 The Potrero Power Station mixed-use project is slated to open up a significant swath of San Francisco’s Central Waterfront to the public for the first time in 150 years.

The site has sat underutilized since the old coal-burning power plant terminated operations in 2011, and neighboring communities have welcomed the project’s planned invigoration of the area with housing, jobs, and outdoor recreation. The mega-development will supply about 2,601 housing units, with 30% of units reserved at below-market rate, 6.9 acres of open space, and about 1.8 million square feet of commercial space, including retail, office, life sciences, entertainment, light industrial, and a hotel.

But before any aspect of the development can begin to rise, infrastructure and soil remediation work must be done. That’s the job of Operating Engineers Local 3, whose crew is currently out in full force at the site working for various subcontractors hired by general contractors DeSilva Gates and Pacific States.

On any given day, about 15 operators can be found tucked inside cabs of heavy equipment, which they use to diligently dig out old foundations from bygone eras and painstakingly sort the various materials. The excavation work is unlike anything workers have undertaken, as every dig site unearths pieces of buildings unaccounted for in city records. This is about as close as the building trades get to archaeology, and it’s fascinating stuff.

Another perk of the jobsite is its sweeping views of the bay — although such vistas come with windy conditions. Recent gusts have added to the OE 3 crew’s challenges, which also include navigating around historical resources set for preservation, such as PG&E’s original San Francisco headquarters and a towering smoke stack. Additionally, PG&E still maintains an operational facility on the site, with hot electric currents and natural gas distribution. (Potrero Power Station developer Associate Capital anticipates redeveloping that facility in the years ahead.)

The operators are clearing the way for vertical construction to begin in about a year. From there, the plan is to deliver about 80,000 square feet of new development every three years for the next 10 years. The project’s first phase will create a mix of residential and life science uses.

“We signed the PLA early because it’s very important to us,” said Associate Capital Senior Project Manager Dan Noyola. “Work has been going really well. We’ve run into a lot of unexpected situations out here, and the operators have been very agile at working through it.

“We have a great relationship with the operators and are excited to continue providing steady work — 80,000 square feet worth of it every three years.” 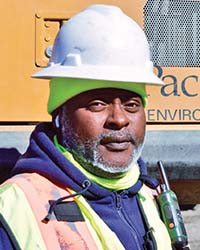 When I got out of military service, there was a liaison who helped me get acclimated back into civilian life. He looked over my profile and said I could either become a police officer or be a surveyor because I was a surveyor in the military — not for building, but for blowing stuff up. I didn’t want to be a cop, but I had experience with the construction trade while I was growing up, so the Operators gave me a shot. I took the test and joined the apprenticeship program.

After nearly 29 years being with the Operating Engineers Local 3, I can say it’s been wonderful. I wouldn’t trade it for anything in the world. I like being outdoors, seeing things get built and getting my hands dirty. I fit right in.

Sometimes the commute is rough, but overall, it’s been a wonderful, enjoyable learning experience. Sometimes we spend more time out here than we do with our families, so we really develop a deep camaraderie. 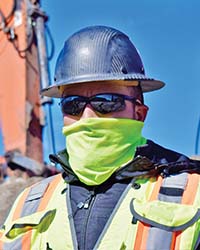 I was a union laborer for nine years and got a chance to move equipment every now and then, gaining experience. My boss saw that I had potential operating equipment, so he allowed me the chance to get more experience and run jobsites. Then, about seven years ago, I joined the operating engineers.

Being part of a union is very important to me. It’s the goal for working in the construction business because of the benefits and the retirement. We’re all looking forward to having a good retirement.

Also, safety is our priority. We have spotters and maintain the caution tape around the perimeter. When there are a lot of different companies out working, like on this site, we all have to work together. Communication is essential.

Right now, I’m moving all the dirt out of the way because if you leave dirt and remove the old foundation, then the dirt will collapse. With most other jobs, you already know what’s in there when you dig, but not here. There’s, like, another city down there. We demo the surface, and every time you put your bucket in, you hit something. 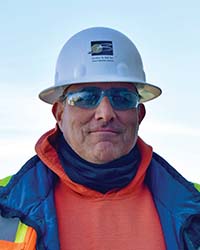 I was with the laborers before switching to the operating engineers in 2003. I was coming up in the ranks and running work, so I thought I might as well become an operator, and I’m glad I did. I have no complaints about being with the union. I’m living the dream being a part of whatever we’re building. Every day is an adventure.

Right now, I’m focusing on this cooling-water tunnel for the power-generating facility. It’s a big underground structure that we’re demoing. Once it’s demoed, we’ll clean it out and backfill it. It’s tedious work because it’s in a tight area close to the building.

Being in such a confined area makes the job difficult. Everything has to be coordinated just right, and everyone has to be in constant communication because the equipment can only fit so far. So, we have to have two spotters at all times watching everything every step of the way. We’re digging deep down with demo equipment, so it’s hazardous.

Even though we have limited access here, the good thing is that we’re in a separate zone where no one else is working, so we’re able to police our little area easily. 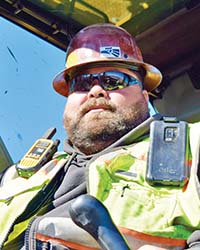 I put in 18 years with the laborers before joining OE 3 almost four years ago. I’d been interested in equipment, and one day, the company sponsored me to become an operating engineer.

My dad was a union mechanic, and I was introduced to unions just by being around him and helping him out. So, growing up, I knew it was the way to go, as we had a good life. Being part of a union, safety was always a top priority for my dad, so I decided to follow in his footsteps.

I love everything about being a Local 3 member. We’re productive but we also have fun. The benefits and pay are competitive, and it helps a lot because I’m the only one who works in my family. My wife stays at home.

I’ve been at this job for two months now, and I love working out here. We just did a demo, so now I’m separating all the leftover concrete from the dirt. 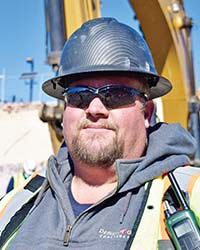 I’m a 20-year OE 3 member. Prior to joining, I was working for a small non-union company out of Sonoma and got tired of them screwing around with my wages. So, I ended up joining the union and came in as a journeyman.

Work has been good lately, but back in 2008, things were really hard considering I didn’t even have 10 years in the trade yet. But since then, this has been a really good trade for me.

I’ve been on this job for about three weeks and have been bouncing around on different equipment. I’ve also been working at Treasure Island. Out here, we’re fixing some soft spots and taking out concrete and debris and re-compacting the soil. 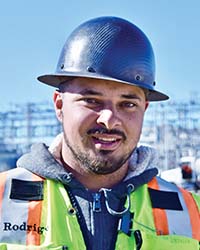 I’ve been with the union for four years now. I started out with the laborers and switched over to the operators. Things have been going really well, and I don’t have any complaints. We’ve been keeping busy with work.

This project is a really good one to work on because there are a lot of new things to learn. It’s a good opportunity for all of us. The demo involves a lot of necessary steps that I haven’t seen before. Just the way we have to manage the dirt is a good experience for me. The biggest challenge is all the hidden debris and trying to keep the material at a certain level so we can cap it off with clean material.

I’ve been with Local 3 for five years now. The union is very good. We make good money, and I think we get paid very fairly for the kind of labor we provide. It’s much better than doing this non-union, with the pay, benefits and vacation time we get.

I also have a family, so being part of the union helps me take care of them. If I was working non-union, I wouldn’t be able to provide for them and have health coverage.