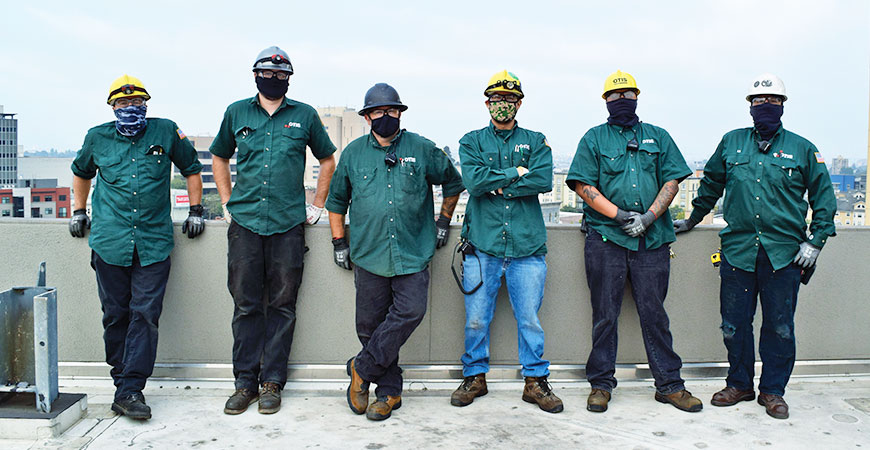 A crew of six Local 8 Elevator Constructors has been busy working on a modernization project at 1000 Broadway in Oakland. The multi-tenant building that has been mostly empty due to the COVID-19 pandemic presented prime conditions for upgrading ten elevators to modern standards. Since the building lacked a dedicated hoist-way, Local 8 members hoisted heavy equipment straight up the center of a stairwell with a gantry system, which entailed extra precautions. On the building’s first floor, a landing surrounded by glass necessitated that the crew to create a protective wooden barricade. Once the heart of the mod work was underway, mechanics and apprentices were spread out across the various machine rooms that were conveniently connected via rooftop access, which allowed for easy collaboration on the job. The work also entailed installing equipment to sync communications with the building’s security system. 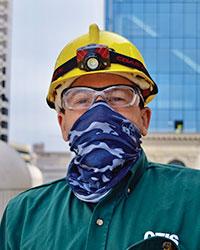 I’m about to take my test in the next couple of months. I was in automotive before this and in the military. I was able to bring some skills, but the apprenticeship has taught me a lot more than what I was expecting. I finished the last class, so now I just need to study for the mechanics test.

Now that I’ve had the experience with Local 8, I appreciate having the union backing me. I’ve been treated really well. I’m an older guy coming in to this at 45 and I was about 40 when I started. Coming into this an apprentice, I didn’t know anything about elevators. There were a lot of situations that were pretty dangerous, so no matter what I thought I knew, it didn’t always apply to this and everybody in the union has been right there for me to offer a helping hand or answer questions. I’ve been to the golf tournament, and I’ve gone to all the meetings and I appreciate it. These are nice ways to gather with your union brothers outside of the jobsite.

I originally learned about the opportunity from two guys who were already in the union. I got out of the military and they asked what I was going to do and they suggested the elevator constructors trade. I found out about the Helmets to Hardhats program and called up and then it was like dominos from there. It changed my whole life because I wasn’t sure what path I would take out of the military. As a Local 8 member, I feel like I belong, I feel like I have something to shoot for. 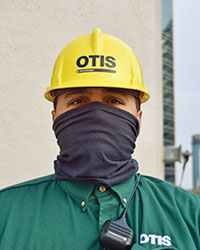 My dad has been with Local 8 in the elevator trade for 20 years and he helped get me in by telling me about the opportunity and giving me advice along the way. It’s a family tradition now. I grew up around a bunch of elevator constructors. All of my dad’s friends and their kids are in the trade, so I just followed in the footsteps of everybody before me.

The COVID-19 pandemic has been nerve-racking to say the least. You just want to keep doing the best work possible to make yourself as valuable as possible so that you’re not getting furloughed first. I’ve been fortunate enough to stay working, I haven’t seen any time off during this entire pandemic, only reduced hours. Reduced hours keep me working, so it’s been a success for me and I’m still able to provide for my family.

I couldn’t imagine doing this non-union. I’m a big fan of not having to negotiate everything for myself. I like having such a strong local that takes care of us and gets us all the benefits that we need, and on top of that, I like the schooling. Non-union standards are just not the same. Safety is super important to me. I did non-union refinery work before this and there’s a very big difference in terms of the safety. It’s like the wild west on non-union jobs. Everybody has everybody else’s best interest in mind in Local 8. 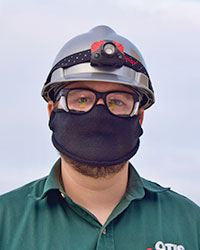 This is my family’s trade and I’ve been with Local 8 for six years now. I knew I wanted to do it when I was younger and though I tried to get in right out of high school, the Recession hit, so it was tough. I got hired in 2014 with Otis and have been with Otis ever since. It’s a family industry — my uncle used to own a company and there are a bunch of us in the family who are in the union. I always wanted to work with my hands so I just progressed into it, though it took a little longer. I’m in now and I’m happy.

It’s something new everyday. It’s nice to see behind the scenes how elevators work; a lot of people take this stuff for granted. I like that the opportunity to do something new every day is there and I’m not sitting behind a desk. I get to be out and about all day. This is the first major multi-crew job that I’ve been on, so that’s bit different. It’s nice to have people to go to in different parts of the building to ask questions. It’s nice to have multiple people on the job to bounce ideas off of.

Even with COVID, things are pretty much booming. We slowed down for a bit, but we’ve picked back up. Things haven’t died off as much as we had thought. 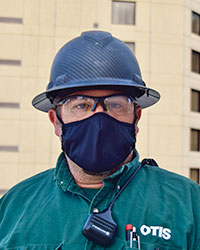 In 2004, my father-in-law retired after 35 years in the trade. Because I like working with my hands and building things, my wife encouraged me to give it a shot. In 2006, I interviewed and they called me up to work for Otis. Previously I worked in the automotive field and had been part of the union automotive union for a short time. I didn’t know how good the elevator trade was when I got in, and I didn’t know that I would like it as much as I have.

I’ve been in mod since I started and I love it. I love building things -- the fabricating, coming up with new ways of doing things. I like it all. Compared to new construction you have to look at old product and figure out how you’re going to make this new stuff work in a particular space and envision how it will all tie together. So it’s a lot of thinking, but it’s fun.

Local 8 is great. If I have questions I just call up the business agents and they give me the information I need. Being union, I have the union’s protection, my union brothers are with me and everybody’s here to help. I’ve talked to some small independents and they don’t seem to get the education that we get. We’ve got the schooling and they don’t. That’s a big benefit. 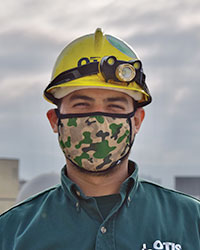 I’ve been with Local 8 for two years. I was a non-union electrician before. Ever since I was young, I was interested in elevators and I had heard it was a good trade. I got in as a means to support my family. I heard that Local 8 was one of the best unions to join, so I was interested, and it’s been more than I ever imagined. It’s a great source of training, the schooling is great and the set-up of the work is great. Now that I’m in, I’m happy and this is where I want to stay.

The apprenticeship has been going well. I’ve been with Otis since I started. I worked my first year in new construction and I’m loving the transition into mod. My family is from Oakland, so it’s nice to do some work here. I’ve been going to meetings but unfortunately things have been rough recently with the pandemic. There are some obstacles we have to get around, but sooner or later we’ll get back to normal. That’s what we’re hoping for. 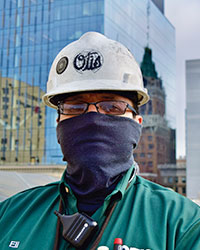 I’ve been with Local 8 for seven years. Originally I was an electrician with IBEW Local 551, but circumstances changed where I was working and I decided to try something new. I went through the apprenticeship program and took the test and got my license. I love the job, the work is great and there’s a lot to learn. There are a lot of different departments in the elevator trade so you can be a service mechanic or you can be a mod mechanic like on this job or there’s repair. There’s always something different, whereas the electrical trade is very routine.

Local 8 is a great union. They take care of their members and they communicate very well with the membership to let us know what’s going on, not only in the industry but just in general with labor. That’s important because we know what the work situation is.