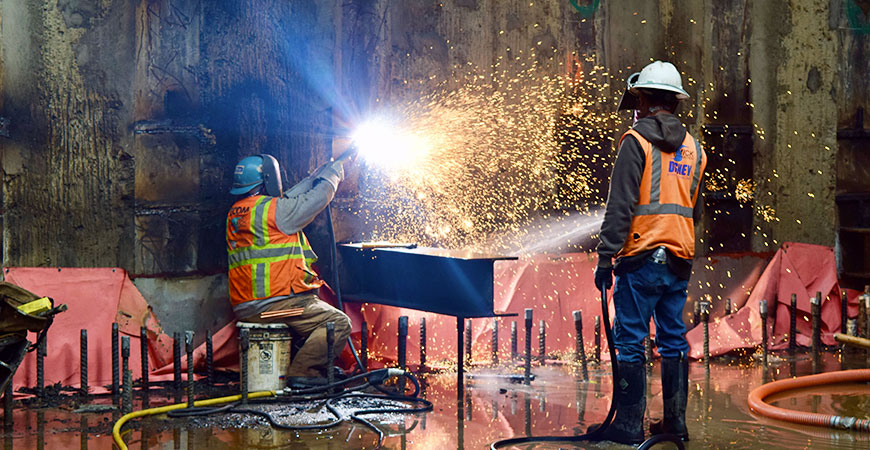 Since June 2018 Local 34 Pile Drivers employed by Shimmick Construction have been working for stretches of weeks at a time to provide foundational support for the Oceanwide Center project at First and Mission streets. It’s a mixed-use project by developer Oceanwide Holdings with construction led by general contractors Swinerton and Webcor in a joint venture. Located within the Transit Center District, the project’s two towers are slated to offer 265 luxury condominiums and 169 hotel rooms, and is set to become the largest residential tower on the West Coast.

Many members on the Local 34 crew travel long distances from their homes in places like Yuba City and Los Banos to work on the project with barely enough time left at the end of the day for sleep. They’re a team of trades people who are well-rounded in their skills, and all take part in the welding, bracing, installing and shoring work that’s necessary to get the job done. When they’re finished with one level of the structure, they wait for the concrete to be put in and then come back for another round of work. Even with a smaller crew and more apprentices, their work is getting done ahead of schedule. 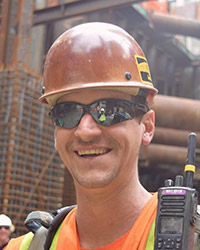 Before I joined Local 34 six years ago, I was going to welding school and met a guy who pitched the idea of joining the Pile Drivers for the better wages. I was working non-union in Florida at the time. Non-union sucks. I was making $13 an hour and paying $100 out of my paycheck every week for health insurance that didn’t do me any good. The wages were terrible even for Florida.

I didn’t realize it until I was a year into Local 34 that the benefits are a huge thing because I got my shoulder rebuilt for almost free. It had been injured for about eight years, so that had a huge impact on my life. I’m able to feed my family and I own two homes. I’m able to have a nice life through union work. 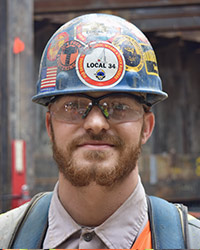 The apprenticeship program is going well. You go in with zero skills and they train you to weld, do carpentry, all the basics of driving pile on land and water. It’s a great program.

I had served in the military and once I got out, I learned about the Helmets to Hardhats program, and from there I just did some research and found that Local 34 would be the best home for me. I knew from the first minute after joining that this was the union for me. I had already known that college wasn’t my thing, so decided to learn skills that would be with me for life. Local 34 is the best organization I’ve ever been a part of — we’re all in this together and look out for each other. 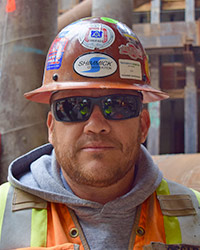 I started out working with my dad who was a foreman carpenter down in L.A. When I moved up north in 1996, I joined Local 34. I joined the union fresh out of high school and it was the best thing I ever did. Introducing me to the trade was the best thing my dad ever did for me because this work is what feeds my family.

I got hired by Shimmick over a year ago. I had previously always done bridges and so when I took over from the last superintendent, he passed on his knowledge about the job to me. 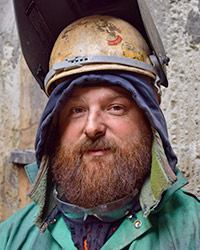 Since 2010 I switched over from the Laborers to the Pile Drivers. I had been with the Laborers for about 10 years. I really like this line of work — all the rigging, welding and cutting. I also love being part of Local 34 because they’re there for you when you need them. They have a strong backbone. I’ve had small claims situations involving tools not getting replaced and Local 34 takes care of it. 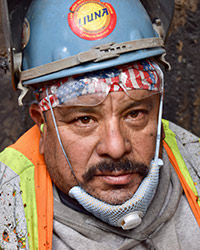 I joined the union about 15 years ago. I had worked for many years as a non-union welder. Things are much better now. The wages and benefits are good, much better than non-union. There’s also more support and that goes long way because this is a hard job. Not many people can do this work. I’d like to be more involved and make it out to meetings but I have such a long commute. 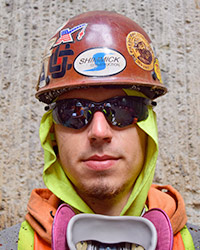 I got a sponsorship through Shimmick about four years ago when I signed up to join Local 34. The apprenticeship program was really good and I journeyed out early, about three years into it. I had been doing cabinets and flooring non-union before getting into pile driving. Being with Local 34 the benefits are beautiful; you get a pension and the pay is way better. 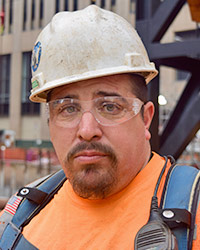 I was able to join Local 34 about three years ago because I was recognized for my strong work ethic. I had been a laborer doing pile driving work for about 11 years and I just got tired of getting screwed. Being part of the union has made big difference in my life because with better wages and insurance benefits, I can now provide a better life for my family. 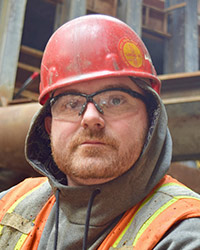 I’ve been with the Local for a year and a half now. I was an Ironworker for 10 years and then decided to join the Pile Drivers. I love it — there’s a strong feeling of brotherhood and everybody takes care of their own. Shimmick is a great company to work for. We’re giving it our all to get this job done and making safety our top priority. 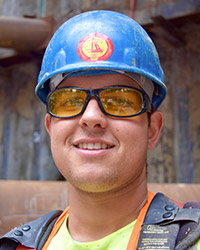 A friend had told me about the CityBuild program through OEWD and so I gave it a shot. That’s how I got to be in the apprenticeship program and I feel lucky to be here. It’s such a good opportunity — I know this is the right trade for me. Local 34 has been really supportive and I try to attend all the meetings I can. I have no complaints.