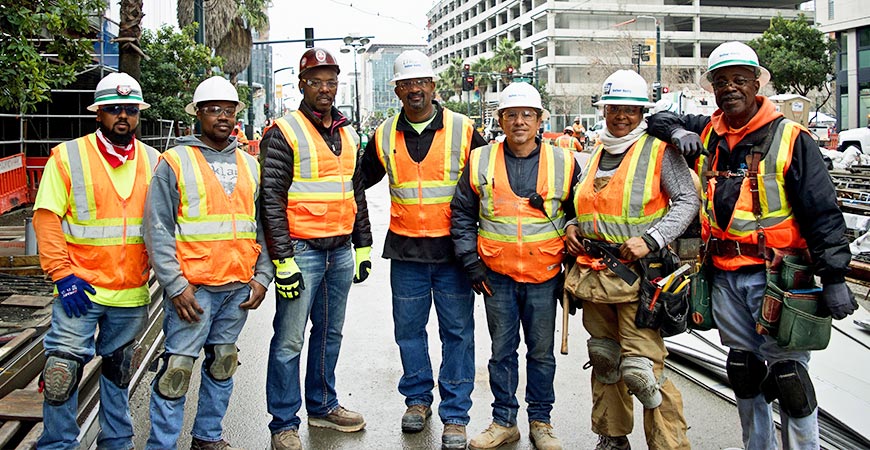 About 42 cement masons with the Local 300 have been working since early January on a major SFTMA project with a tight deadline. The transit agency is undertaking a MUNI track realignment project on Third Street between 16th and Mariposa streets that involves placing a platform in between the tracks to accommodate a larger volume of riders anticipated once the Golden State Warriors season starts at the new Chase Center.

Crews of 26 masons have been working two 12-hour shifts to prep the tracks for concrete pours that will ultimately provide stability to the infrastructure as well as an attractive finished appearance. Prior to the concrete pours, painstaking care is taken to protect the rails by taking precise measurements and encasing the lengths of track in foam. The project is run by general contractor Balfour Beatty along with subcontractors Minerva Construction and On the Level Concrete.

Several masons spoke of the tight camaraderie of the crews, with everyone lending a hand to keep the team on schedule as MUNI service has been temporarily shut down due to the project. Because of the long days, Balfour Beatty has been spending $20,000 per month to keep workers fed with meals at the job site. 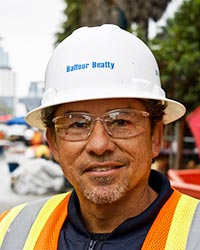 I’m a third-generation cement mason — my grandfather, my dad and all my uncles have been masons. I personally have 33 years in the trade and 15 years with the Local 300. I started with the Local 100 in San Diego and then moved up here about 26 years ago and worked on the BART system bridges going into SFO.

For me being in this trade is like a family business. Concrete has always been a passion for me because I was brought up that way. My dad would always tell me to work as if it the job was in the front yard of my own house.

The union has been really good to me and are quick to respond to any issues I have. I’m stretched very thin with the amount of work I’m running so I barely have time to spend with my boy. I do take my son to side jobs and he know the basics — he’s 15 years old. I’m trying to teach him the trade, not so that he ends up in the mud with me but so that he has a skill that he can fall back on. 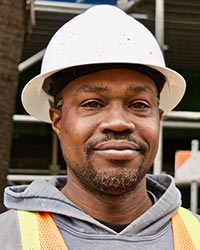 I got into the trade because I like to build things and it’s fun. The Union is great — it’s like a brotherhood, one big family, I love it. Construction is the foundation of everything. You always need concrete. Cement is the way to go.

School is going well and I’m learning a lot. However there’s nothing like getting hands-on experience like I am with this job. This is a big, fast paced project. Everybody is helping everybody else because we have a tight deadline to meet and need to help each other stay on task. This job has allowed me to gain a deeper understanding of the craft. I’ve also been able to use new machinery, gotten exposed to new set-ups and gained more skills. 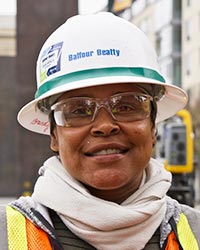 I started the apprenticeship program in 2015 and ended in February of 2018. Previously I had been working multiple jobs including at a barber shop where I spoke with a customer one day who was a cement mason who told me about the apprenticeship and introduced me to the trade. I signed up on a Friday, had my first job the following Wednesday and have never looked back.

I’m a single mother with three sons and this gives me enough pay to support them and provide them with a stable home. The other Local 300 members are like my brothers. I’ve been shown a lot of support being one of the few women out here. I look at the other women in this trade and it’s very inspiring seeing them be so successful. It’s not just a guys job anymore. 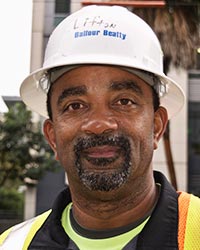 I got started with the Local 300 through family members — uncles and cousins — who were in before me. I wanted to be a part of this trade because I love the artistry of transforming a place into something new. I can use my hands to create something beautiful. I’ve been a part of this trade for 27 years and with the Local for three and a half years.

I have outstanding things to say about the Local 300. I’ve talked to some of the young guys at business meetings, letting them know that all those years I spent working in the field for under-the-table cash or non-union companies, I now wish I would have used those years with the Local because at the end of the day you’re working towards a pension and when you get older you start to see things more clearly as the finish line approaches. 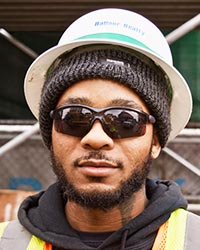 It’s been six years with the Local 300. An uncle of mine told me I should get a trade, so I went to a pre-apprenticeship program at Cypress Mandela and from there I met the business agent and the president of the Masons. I’ve kept going ever since.

Things have been going to well. There’s always something new to learn and I’ve been working steadily. I’m planning to start attending meetings so I can advocate for more pay.

This job is running 24 hours a day. Our shifts are 12 hours and sometimes a little longer — definitely a lot longer than other jobs. Our company provides meals at noon and at midnight. They’re really good about making sure everyone is fed. There’s also coffee and snacks provided all day to keep us moving and motivated. 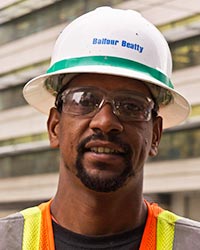 I’ve been with the Local for nine years and today is the anniversary of my first day of work. It’s been a wonderful experience and I look forward to becoming even more involved with the Union.

I went to a pre-apprenticeship program at Cypress Mandela Training Center in Oakland. They got me introduced to the trades and I chose to become a cement mason. I like the artistry of concrete. You can make concrete into so many different forms and molds and it’s exciting to me. You can color it, stain it, expose the aggregates in it, and all of that is fascinating.

I’m open minded about my work — any scenario that comes about is all in a days work. I prepare for the worst, expect the best and react accordingly. It’s a wonderful trade and has provided me and my family with steady pay and benefits.