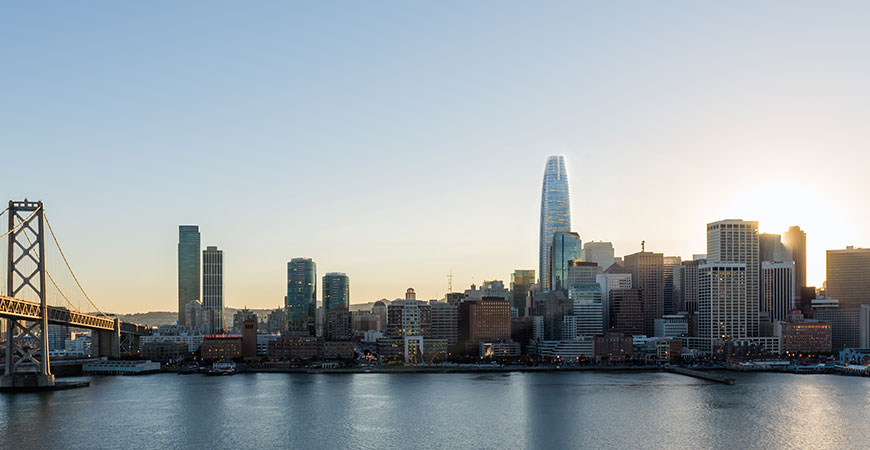 The boom of the construction industry in the City of San Francisco continued straight on through 2014, as we expected it would. Seeing cranes towering above is now an expectation rather than an exception as one winds his or her way through our buzzing streets. Exciting projects have taken shape throughout the year and the expert panel at Organized Labor has picked the standouts. Here are the Top Projects from 2014. 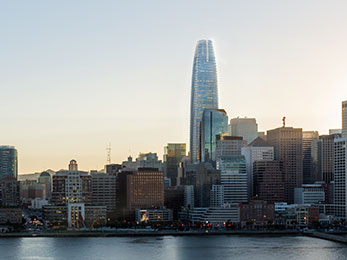 It’s not every day that a city-defining landmark starts to take its place on the San Francisco skyline. The Salesforce Tower, formerly known as the Transbay Tower until Salesforce stepped up to lease more than 700,000 square feet of office space, was a project to watch in 2014. Frankly, it will be something to watch until it’s complete in 2017. At 1,070 feet, the 61-floor Salesforce Tower will be the tallest building in San Francisco and the tallest west of the Mississippi once completed and an anchor of the SOMA district. Estimated cost of the project? A cool $1.1 billion. - Image courtesy of Boston Properties 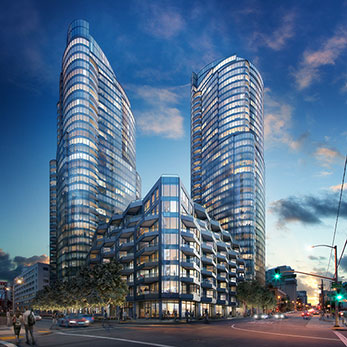 Lumina – even the name sounds fancy. In 2014, the two main towers that make up this 656-unit condominium at 201 Folsom started to take shape. The $620-million project will be defined by the distinctive curved glass and metal exteriors of the two towers – one rising 42 stories, the other 37 stories. Lumina was first approved in 2003, but stalled during the financial crisis. With the economy back on track, so is Lumina, with 100 union construction workers on the project at the end of the year. - Image courtesy of Tishman Speyer 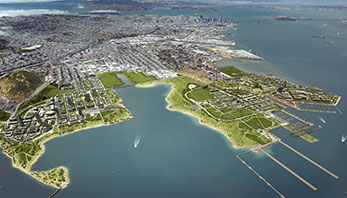 The Hunters Point Shipyard project, when all is said and done, will cover more than 700 acres and create an entirely new neighborhood. The first phase includes 1,400 residential units, 27 percent of them affordable housing. The gargantuan project will eventually feature 12,000 units, built over a 20-year span. Sales began over the summer on 88 of those residences and developments continue as San Francisco State has recently shown interest in leasing 60,000 square feet of the available commercial space. - Image courtesy of Lennar Urban

The 235,000-square-foot expansion of the San Francisco Museum of Modern Art will transform the old structure into what will be a piece of modern art itself. The site is a tight fit and requires a specialized skill set that will use all-union hands to construct. In the end it will be the largest space available in the country for modern art. Renderings reveal an asymmetrical, white, banded, curving multi-level structure that appears to use every inch available in its location, both in its footprint and upward. The SFMOMA is scheduled to reopen its doors in 2016. - Image courtesy of Snøhetta 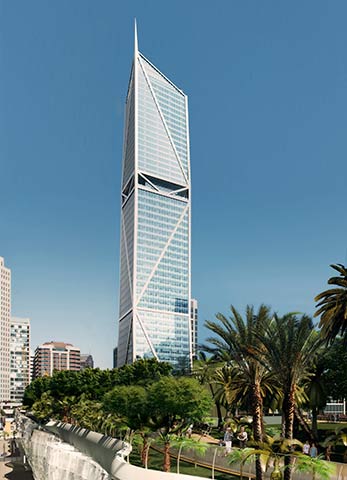 This 55-story, 800-foot tall skyscraper will feature 33 floors of office space and 17 floors of ultra-luxury residences known as Park 181. Located near the Transbay Transit Center in the SOMA District and expected to open in early 2016, Park 181 will be the tallest mixed-use building in the city and the second tallest overall in the city (though the Salesforce Tower will eclipse it in 2017). - Image courtesy of steelblue for SKS Investments LLC 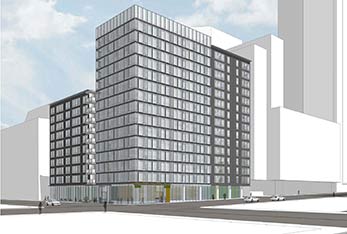 The name 1400 Mission doesn’t have quite the ring to it as do the names of other new buildings going up in San Francisco. Nevertheless, for what it lacks in name recognition is more than made up with impact, and one shouldn’t discount 1400 Mission. This 15-story below-market-rate affordable housing project has risen very quickly. Funded by the Union Labor Life Insurance Company (ULLICO), 1400 Mission is expected to be completed next year, putting 190 affordable apartments on the market. - Image courtesy of SF Planning Department 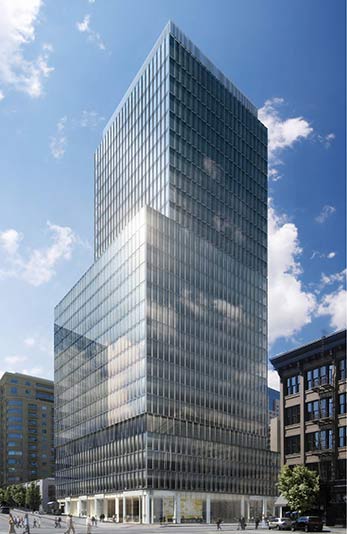 Another project a long time in coming – full entitlements date back to 2010 – the easy-to-remember 222 Second Street is scheduled for completion in Summer 2015. This 26-story office tower in the SOMA District is distinguished by its pair of setbacks at the fifth and 17th floors and will be feature views of the Bay. The building already has a tenant: Social networking power LinkedIn has leased the available office space. - Image courtesy of Tishman Speyer 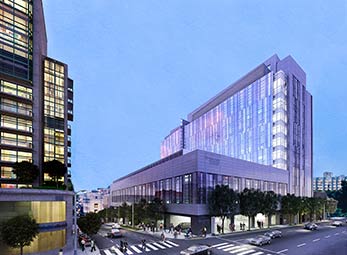 Demolition of the old Cathedral Hill hotel wrapped up back in April on this project that includes many local hires, a total of 30 percent of all construction workers on the project. The $2.1 billion project will provide over 300 beds for patients and is scheduled to open in 2019. According to a recent construction update posted in November, construction of foundations and retaining walls is under way and will run through April of 2015. - Image courtesy of Smith Group JJR Architects 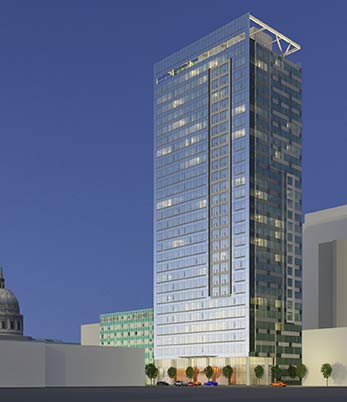 What once was a concrete slab of an office building is now a top-to-bottom modern gleaming glass residential complex. The building will have 399 units over 29 floors and will be up for lease starting in January. This project was particularly interesting as it was the first in San Francisco to use a 500-foot-tall cantilevered crane that anchored to the side of the building at the 14th and 24th floors. 100 Van Ness was formerly known as the home of AAA and was originally completed in 1974. Features of the new upscale complex will include a panoramic roof deck, bocce court, designer lounge, fitness center and round-the-clock concierge. - Image courtesy of Emerald Fund 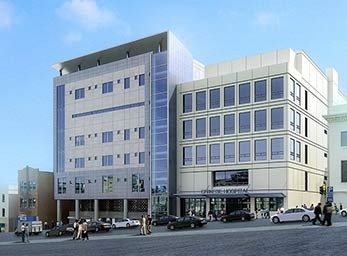 Scheduled for completion in the spring of 2016, the new Chinese Hospital will get some much needed breathing room with a new 100,000 square-foot, seven-story building. The new building stands adjacent to the hospital building that opened in 1979. The facility will open in fall of 2016 and feature a new 22-bed skilled nursing unit, along with 54 beds for acute care. The $160 million project is using a local hire program for the construction crew, which will be all-union. - Image courtesy of Chinese Hospital