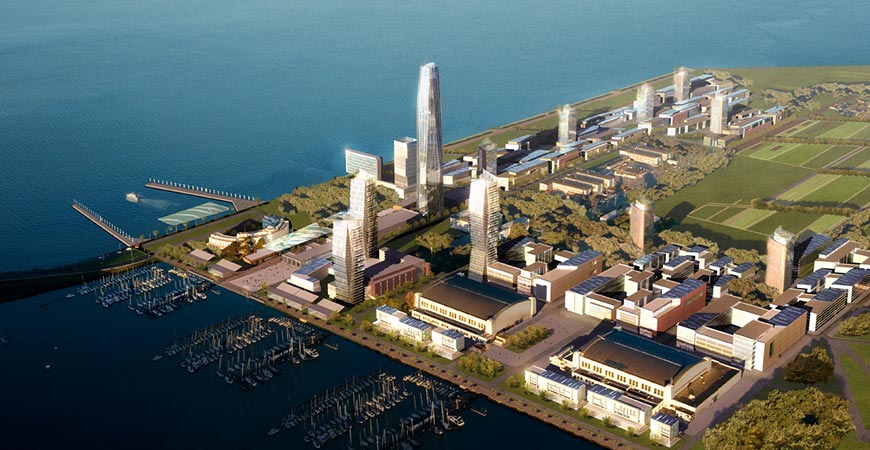 The Best of What’s to Come

For some cities, the opening of its tallest building would be a development high point, so to speak. Not San Francisco. The next few years, and decades, will be exciting and transformative with thousands of new housing units coming online, a new subway route, and a new state-of-the-art arena. And that’s just a start. 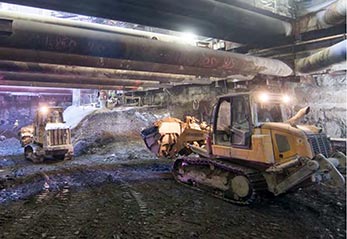 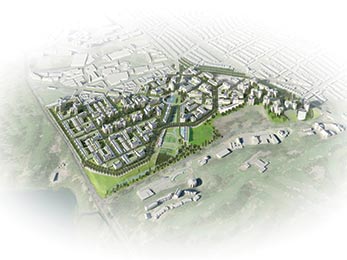 The 152-acre Parkmerced is the largest urban multi-family development in California with more than 3,000 apartments and 10,000 residents. In addition to generating hundreds of union construction jobs, the $1.2 billion expansion will bring in 14,000 new residents and add affordable housing units, office space and outdoor space. The 11 towers that currently hold between 200 and 300 housing units will be preserved while most of the 5,700 new units would be in three or four story townhouses. The current 3,200 rent-controlled units would retain their rent-controlled status, with new units to be rented or sold at market rate. 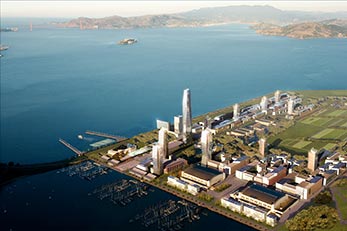 Designed to roll out over the next 10 to 15 years, the $1.5 billion redevelopment will create a new commercial town center and neighborhood with 8,000 residential units, three hotels and 300 acres of parks and open space along with 235,000 square feet of retail space, 100,000 square feet of new office space, a new ferry terminal and upgraded roads and infrastructure. The development is expected to generate 2,000 construction jobs annually and 3,000 permanent jobs. 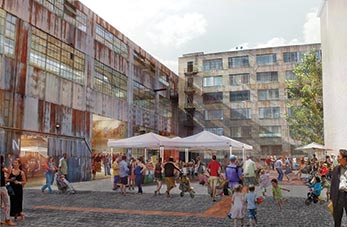 Over the course of the next 10 to 15 years, the area between 18th and 20th streets will see the addition of between 1,100 and 2,150 new residential units at all price levels; up to 1.75 million square ft. of office space, up to 445,000 square feet of retail, light industrial and arts and nine acres of waterfront parks. Developer Forest City’s plan for the Pier 70 site has between 1,100 and 2,150 residential units – with 65 percent to be rentals and 30 percent affordable housing. The $2 billion project will be built in phases, starting with building 930 housing units and rehabilitating historic buildings. 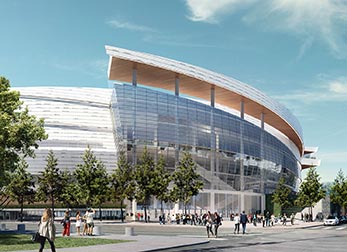 Many expect the Golden State Warriors to be the three-time reigning NBA champions when they tip off the 2019-20 season in their new state-of-the-art arena on Mission Bay. Champions or not, the Warriors will boast a home that will be the envy of the NBA. With its 35,000 square foot public plaza, waterfront park, restaurants and cafés, the 18,000-seat Chase Arena will be ready for action. 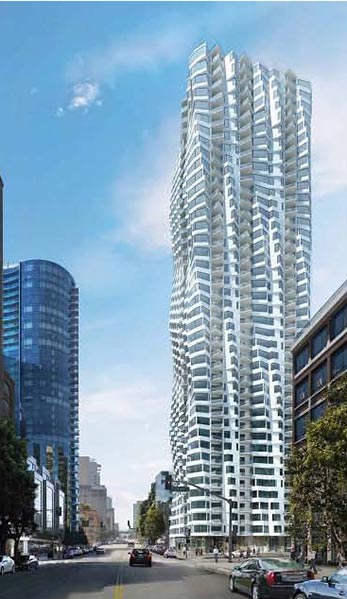 The twisting increments of MIRA, formerly known as the Folsom Bay Tower, will reach 400 feet once completed in 2020. Designed by Studio Gang, the tower is geared to add flavor to the city’s architectural repertoire while supplying much needed housing with its 391 condo units, 40 percent of which will be below market rate. The street-level facade on Folsom Street will feature 10,000 square feet of retail inviting pedestrians in for shopping and amenities within a tower that’s on track for LEED Gold certification. 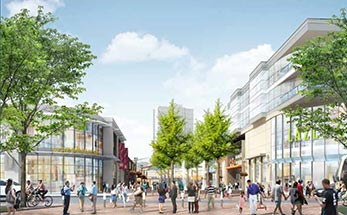 Hunters Point Shipyard/Candlestick Point represent the largest redevelopment effort in the city since the 1906 earthquake. The massive 750-acre project costing $8 billion aims to complete a walkable neighborhood with 12,100 homes, 5 million square feet of office, R&D, edcuational, maker and hotel space, 1 million square feet of retail, and 350 acres of park space. The Shipyard Phase 1 by Lennar broke ground in 2013 and already has homes sold. FivePoint is developing Phase 2 along with Candlestick Point. 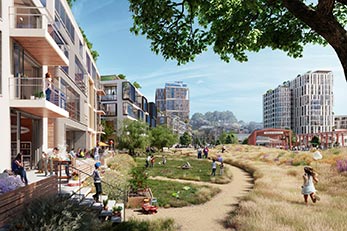 The San Francisco Board of Supervisors recently approved the India Basin mixed use project that will redevelop approximately 29.26 acres of privately and publicly owned parcels along the shoreline north of the Hunters Point Shipyard to create a mixed-use “urban village” and a new publicly accessible network of parkland and open space. The neighborhood to be built on 30 parcels around Innes Avenue will include 209,000 square feet of commercial space, a 5.62 acre park along the shoreline, and 1,575 apartments and townhomes–including 394 units of affordable housing. The San Francisco Building and Construction Trades Council is negotiating a project labor agreement with the developer to ensure good paying jobs and benefits for construction workers. BUILD recently signed a letter of intent to have a PLA for the project. Once plans are finalized, construction on the multi-year development would begin in early 2020. 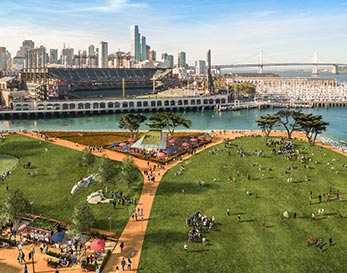 Anticipated to be a “home run” in every sense of the word, the San Francisco Giants’ plan to develop Seawall Lot 337 and Pier 48 area south of AT&T Park into a new 27-acre neighborhood will bring up to 1,500 housing units, 1.5 million square feet of retail and office space, and 8 acres of parks to the expanse of hardtop currently used by fans for parking and tailgating. Up to 1,700,000 square feet of office space will be clustered in five to seven buildings, with another three to five buildings having 650 to 1,000 residential units. Over six years of construction, the project is expected to create 4,800 jobs. 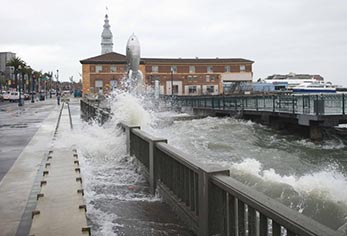 Location: Along the Embarcadero
Developer: Port of San Francisco

The Port of San Francisco’s Seawall Earthquake Safety Program involves seismic strengthening and repair of the Embarcadero Seawall and other critical infrastructure near the waterfront. Construction is funded in part by the $425 million bond measure, Prop A, endorsed by the San Francisco Building Trades Council and passed November 6. Construction would begin in 2022, with the first phases of seismic upgrades targeted for completion by 2026. The Seawall Earthquake Safety Program will create tens of thousands of jobs over the scope of the program. Improvements include constructing new Seawall segments, strengthening or replacing bulkhead walls and wharves along the Embarcadero Promenade and relocating or replacing critical utilities.